“An Auteur’s Cinema in Spite of the Violence”: Patricio Guzmán on The Cordillera of Dreams 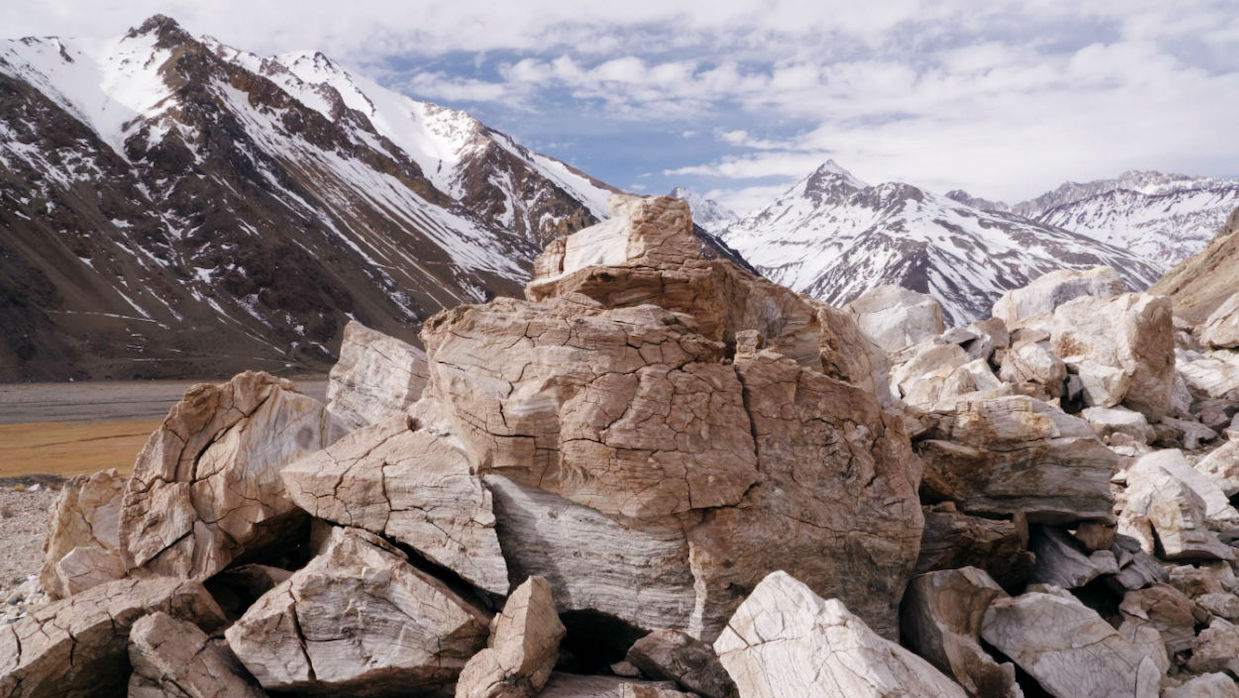 The Cordillera of Dreams

by Anthony Kaufman
in Directors, Interviews
on Feb 12, 2020

Patricio Guzmán, The Battle of Chile, The Cordillera of Dreams

Patricio Guzmán is indefatigable. For over 50 years, the Chilean director has chronicled his country’s political trauma—namely, the military coup d’état coup and brutal reign of Augusto Pinochet—with a commitment and passion that is unparalleled. Propelled by a period of tumultuous unrest in Latin America in the 1960s, Guzmán helped forge a radical-left documentary movement, most famously with his momentous trilogy The Battle of Chile (1974-1979), an epic verité street-level account of his nation’s CIA-backed right-wing takeover.

But for the last decade, Guzmán may be more recognized for a different type of triptych: Starting with Nostalgia for the Light (2010), and then moving onto The Pearl Button (2015), and most recently, the 2019 Cannes-winner The Cordillera of Dreams, Guzmán has crafted a trio of lyrical, personal, and essayistic nonfiction cinema that uses Chile’s topography—the sky, the ocean, the mountains—as allegorical fodder for his primary concern: the injustice that still haunts his homeland. Self-exiled in Paris, the 78-year-old filmmaker plans to make another film this March most likely tackling the current crisis in Chile, which broke out into protests and a brutal government response last fall (“it will be worked on in stages as the facts take place,” he says about the new project). Filmmaker spoke to Guzmán about his arc as a filmmaker, Chile’s natural borders and changes in documentary cinema.

The Cordillera of Dreams opens this Wednesday at the IFC Center in New York.

Filmmaker: The Battle of Chile films were powerful in their verite immediacy and its chronicle of the military coup and the Allende assassination, but with your latest trilogy, there is a more lyrical style, where the poetic visuals of the natural world play a significant part in your storytelling. Can you talk about this aesthetic shift? What prompted it?

Guzmán: Forty-seven years have passed between the filming of The Battle of Chile and Nostalgia. This is more than enough time to change style, focus. But I do not agree that Cordillera is more lyrical than The Battle. The Battle of Chile was a chronicle made at the foot of the events that were an intense combat that never ended. In spite of everything, it has a lot of “lyricism” because it does not contain fear, apprehension, or panic; it only contains the passion and poetry of telling with real interest what the people were living. Nostalgia and Cordillera show other details of Chile, but with more tranquility.

Filmmaker: Your recent films are very personal films, with your voiceover and reflections about your own life, but as you said, The Battle of Chile is also very personal and from a point of view. How do you see the difference?

Guzmán:The Battle of Chile is the odyssey of a popular revolutionary process that increased in strength every day. It is the description of a revolution seen from within, with intimacy. Nostalgia, on the contrary, is the search for the dead that the Chilean political right killed after the revolution. The Pearl Button is a journey to the ice floes and the tragic memory under the ocean. The Cordillera is the continuation of the rebellious life of those Chileans who today seek to build a better future.

Filmmaker: Do you think you could have applied this more essayistic and perhaps more “personal” approach earlier in your career?

Guzmán: It would have been a mistake to have made The Battle as a “personal” essay and to analyze the facts as a sociological phenomenon considering the deep violence we lived through. Would you make an essay documentary about a war at the same time that this war was taking place? We filmed the facts and in doing so, we shared what our views were. We made an auteur’s cinema in spite of the violence.

Filmmaker: Can you say why you felt the need to address Chile’s natural borders?

Filmmaker: The images of the Andean mountains, as the new film points out, are already iconic, and in Cordillera of Dreams, you capture them as sweeping, breathtaking and, at times, even haunting. How did you photograph them?

Guzmán: Filming was done with a high-definition camera. It was a long trip through many mountains at different times of the day. We slept in small villages within the mountains. We were traveling in an all-terrain vehicle. On one occasion, we used a helicopter. We also bought [stock] images, also used by Terrence Malick, that belong to ESO (European Southern Observatory) and NASA.

Filmmaker: What do you think has changed about documentary filmmaking since you started making nonfiction some five decades ago?

Guzmán: What has been changing are two things: greater appreciation and openness by those responsible for television channels, and new lightweight cameras, as well as excellent lightweight sound equipment.