“The Most Important Thing in an Image is the Feeling That What You’re Seeing is Completely True — Like an Accident….”: Bruno Santamaría on his Hot Docs Digital-Debuting Things We Dare Not Do 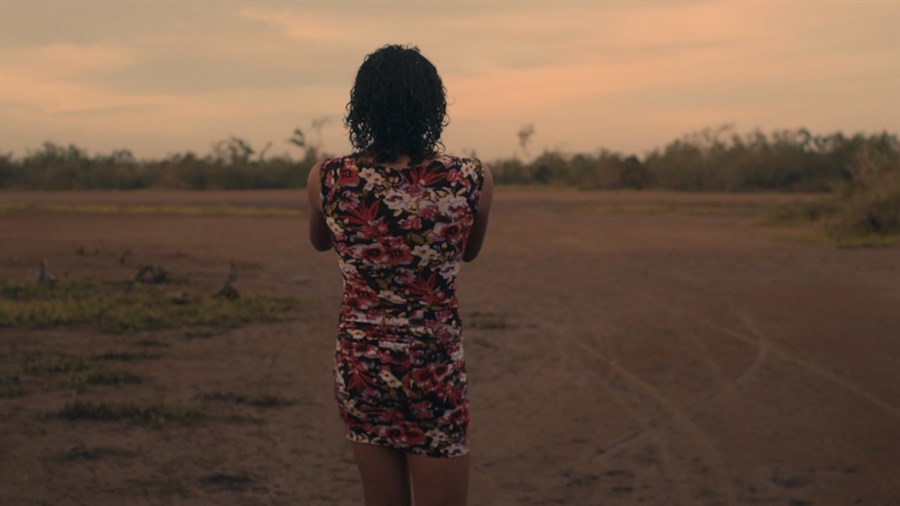 Things We Dare Not Do

by Lauren Wissot
in Directors, Festivals & Events, Interviews
on May 28, 2020

Bruno Santamaría, Documentary, Field of Vision, Hot Docs 2020, Things We Dare Not Do

Executive produced by Charlotte Cook, and making its debut at this year’s (virtual) Hot Docs, Bruno Santamaría’s Things We Dare Not Do is a stunning look at the small Mexican town of Roblito through the eyes of its deeply impoverished, yet happy-go-lucky, youngsters. Serving as mother hen to the carefree kids,  for whom random violence seems no more noteworthy than water delivery day or a taco snack, is 16-year-old Ñoño. Though the vivacious teen’s exploration of his own gender identity forms the basis of the film’s title, Things We Dare Not Do is no mere coming out saga. It’s a visually risk-taking, multilayered portrait of growing up and learning to live out loud.

Filmmaker took the opportunity to learn more about the project from its Mexican cinematographer-director prior to the film’s Hot Docs digital debut.

Filmmaker: I believe you started out teaching video classes to the kids you portray, but had you planned to make a documentary with them? Or did that happen organically?

Santamaría: I knew I wanted to stay on the island for awhile — it was an intuition — but I didn’t know how to do it with people’s permission. I mean, we had no excuse to be there for more than a day. Then I began to think about how we could make this a possibility. I was used to giving cinematography lessons, and I’m good with children, so Andrea Rabasa, the film editor who was with me on the second trip we took, and I started to give video classes.

Soon we realized that we were building closer relationships with the community. And then we showed the videos to the children’s family at their homes. From there the idea of showing movies in the town’s park came to us organically. So we put together a new activity – every two days we showed movies (Chaplin, Coco, or Margarita, my first feature documentary) at night. I began to realize that this project was becoming something important because people started to trust us. We felt then that we were more or less ready to make a movie.

The entire process of filming — eight long trips over three years — was a mix between showing movies, playing with children, talks with Andrea or Zita Erffa (my sound recorders and accomplices in every decision) and filming. It was a mix between the organic and the planned.

Filmmaker: How did Charlotte Cook come onboard as EP?

Santamaría: We won a grant from Tribeca Film Institute’s Latin America Fund, and they invited us to participate in the TFI Network in New York. I met Charlotte Cook in person there, and we spoke during the pitching about the project. She asked me to keep in touch.

Over the next few months she asked me for some samples of material that we had already shot. Then Abril López Carrillo, the producer of the film, and I had a meeting with them and they offered to executive produce the film through their platform Field Of Vision. We were very happy about this, as I was already familiar with their work. I had actually worked with them as a cinematographer on the film They Took Them Alive, also produced by FOV.

Filmmaker: Yes, you’re known for your cinematography — you even shot with Ai Weiwei on his latest Vivos about the enforced disappearances in your country. This background is certainly apparent, as the doc’s images are so visceral, with kinetic camerawork that mirrors the energy of the children you film. Can you discuss how you determined the visual composition?

Santamaría: For me when I’m directing a movie, the most important thing in an image is the feeling that what you’re seeing is completely true — like an accident, something that can’t be repeated. I love that feeling when I watch movies. I love the images that have emotion by themselves. I’m trying to get to that, so I pretend to forget that I’m a cinematographer.

Of course I decide the hours of the day to shoot, how many windows are open or closed in a house, a lens, a type of camera, how movement creates emotion, but I try to do it with my secondary consciousness. To do that, I’ve found that it’s useful to put rules before filming, and I try to make those rules automatic. When I’m filming I try not to think too much about an image. I mean, I try to be with people while I’m filming, not just seeing people, a mix between these two things. Another important thing that I understood with my first documentary is to try to not hide my feelings behind the camera — my nervousness, my emotion, my fear, my love, my feeling of being in the middle of a situation that I am seeing through the lens.

Filmmaker: You’ve said that “the tension between a person and their context is what we wanted to portray.” There are so many scenes that do precisely that, including one of my favorites, in which the kids innocently explore the bloodspot where a man had been killed the night before. Perhaps you could expand a bit on this idea?

Santamaría: I have two ideas about this. First, the context in the movie is the background of the kids. The context is part of the adult way of life. It is in the shadows, at night, with no presence of men. The kids are in the middle of this situation, and they play around this. But they don’t realize that at some point, when they grow up, they’re going to be part of that environment. It’s the tension between being a child, a grown-up, and becoming part of that landscape. The inevitable transformation into an adult.

And also, you cannot hide as a filmmaker, the way you see and feel these things. Children are used to a lot of things that happen in their town because they grow up there, so everything there looks “natural” to those kids. This little town has no potable water, the adults work the whole day for the entire week. Or the moment you mention – with the kids innocently exploring the bloodspot. Sometimes it was uncomfortable, sometimes I was full of fear. And I think these two energies produce tension — the relaxed and playful way of living something versus the way the camera (me) feels and portrays that moment. This kind of tension made me think that nothing in life is natural, that we just get used to some things.

Filmmaker: The trust you develop with your lead character Ñoño, who is exploring his gender identity, is truly exceptional. But it struck me that in order to achieve this you yourself had to be put in an equally vulnerable position — having to allow Ñoño to get to know you, including your own queer identity. Was it difficult to open yourself up to your characters, or is that just a natural part of your filmmaking process?

Santamaría: I imagine it depends on the type of movie I’m making or directing, but so far I can’t imagine a movie or the process of making a movie where I don’t cross lines with the people about whom I’m making the film. I think I make films because of that. It’s a way of surviving and thinking, and especially a way of feeling life with other people. It’s a way of having encounters. And if I don’t accept being touched, I can’t pretend to touch anyone. Neither the characters nor the viewers.