Tokyo Olympiad, Blood on the Moon and When the Daltons Rode: Jim Hemphill’s Home Video Recommendations 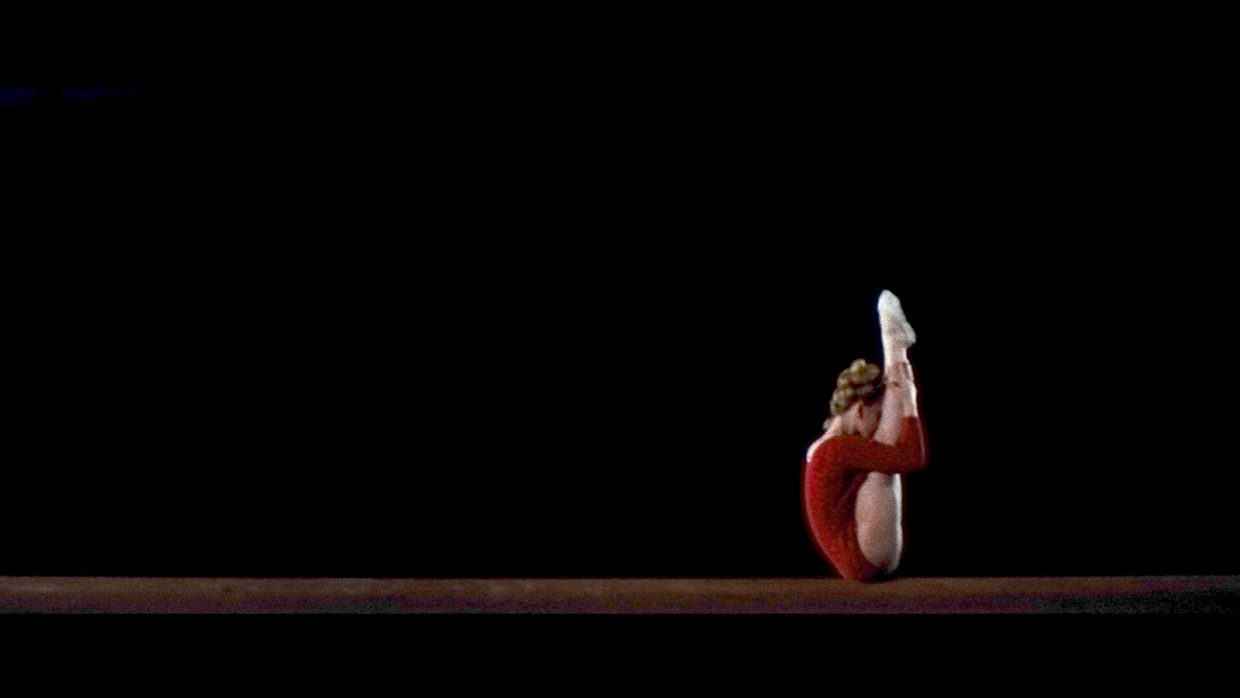 Ever since the 1912 Olympics in Stockholm, the International Olympic Committee has commissioned films of the games to be produced in collaboration with their host countries; though many of them are relatively traditional sports documentaries, there are a handful – such as the experimental anthology film Visions of Eight, which chronicles the 1972 Summer Olympics via segments by Arthur Penn, Milos Forman, John Schlesinger, and other major directors – that are cinematically significant even for viewers who couldn’t care less about anything athletic. The best of the Olympic films that I’ve seen is Kon Ichikawa’s 1965 masterpiece Tokyo Olympiad, a nearly three-hour portrait of the 1964 Summer Games that uses every technique in Ichikawa’s arsenal – slow-motion, impressionistic sound design, alternating between color and black-and-white, Cinemascope compositions – to draw the audience in to the psychology of the athletes, the spectators, and the host country where the festivities are taking place. The most famous (and infamous) Olympics film before Ichikawa’s was Leni Riefenstahl’s Olympia (1936), which focused on the sheer physicality of the competitors to an erotically fetishistic degree. Ichikawa showcases the bodies too, but then he goes further in ways that are as aligned with his humanistic sensibility as Riefenstahl’s approach was with her allegiance to fascism. Using the longest lenses available at the time, Ichikawa zeroes in on the athletes’ faces to capture their most intimate feelings at the most public moments of their lives; isolated from the crowd and each other, their triumphs and agonies are vivid and relatable, as are the moments of both hard work and tedium. There isn’t a boring moment in the film’s 170 minutes thanks to Ichikawa’s supernatural ability to probe his subjects’ thoughts and emotions with his camera, and that extends beyond the Olympians to the spectators in the crowd. It’s an extraordinary achievement, made all the more impressive by the fact that Tokyo Olympiad is also a precise and affectionate time capsule of a city in transition. Japan was just coming out of its post-war doldrums to become an international technological and economic power, and Ichikawa illustrates its transition clearly and concisely through a number of evocative architectural and anthropological images. All of this looks incredible on Criterion’s new Blu-ray edition, which boasts a 4K restoration and hours of extras, many of them including introductions and commentary by critic Peter Cowie. A film historian and an Olympics buff, Cowie was as born to talk about Tokyo Olympiad as Kon Ichikawa was to direct it, and his insights are indispensable.

Another one of my favorite new Blu-ray releases is Warner Archive’s gorgeous pressing of the 1948 Western Blood on the Moon, an early gem from director Robert Wise. In the last few decades of his career, no filmmaker epitomized the Hollywood establishment more than Wise, who not only directed expensive prestige projects like West Side Story, The Sound of Music and Star Trek: The Motion Picture but also served as president of both the Directors Guild of America and the Academy of Motion Picture Arts and Sciences. Before he became an elder statesman of the industry, however, Wise cut his teeth on a series of efficient and unpretentious B-movies. As a contract director at RKO in the 1940s, he helmed atmospheric horror films (Curse of the Cat People, The Body Snatcher) and crime flicks (Born to Kill) that were terse, forceful exercises in style – in some ways more lively than the larger scale productions for which the director would become famous. Blood on the Moon is a transitional film that combines the best of his instincts for low-budget ingenuity with his ambition to mount more serious adult entertainments. It was his first RKO assignment with an A-list star (Robert Mitchum) and it incorporated location shooting in Sedona, Arizona that gave the film a broader canvas than Wise’s down and dirty horror work for producer Val Lewton. Yet the hallmarks of Wise’s earlier style remain – with its multitude of night scenes and moody interiors, this is one of the darkest and most constricted Westerns of its time. It’s also one of the most low key, as Mitchum’s laconic gun for hire casually moves from one side of a range war to another; the film plays like a less cynical and mellower variation on Yojimbo and A Fistful of Dollars, with Mitchum shifting his loyalties not for profit but according to an unspoken moral code – and, as was common in films of the era, for the love of a woman. That woman character, a rancher’s daughter played by Barbara Bel Geddes, is just one of the many areas where Blood on the Moon transcends genre clichés thanks to Wise’s seriousness of intent and sharp eye for casting. Geddes and her sister (Phyllis Thaxter) are far more active and vital to the narrative than the women in many Westerns of the period, and the love story feels essential rather than perfunctory as a result.

George Marshall is less well known today than Robert Wise, but in 1940 he was on quite a roll; the previous year he had directed the hilarious W.C. Fields comedy You Can’t Cheat an Honest Man and a subversive Western masterpiece with James Stewart and Marlene Dietrich (Destry Rides Again), and his first release of 1940 was the very funny Bob Hope vehicle The Ghost Breakers. Marshall was an extremely versatile Hollywood pro, and he proved it with his follow-up to Ghost Breakers, the lively and tense action film When the Daltons Rode. Loosely based on the real life exploits of the Dalton brothers, who robbed railroads and banks in the early 1890s, the film has an interesting bifurcated structure courtesy of screenwriter Harold Shumate – who also happened to be one of the three credited writers on Blood on the Moon. The first half of When the Daltons Rode is a genial light comedy that takes full advantage of its colorful ensemble cast (Randolph Scott, Brian Donlevy, Andy Devine and Broderick Crawford, among others). When the main characters are forced into crime by a corrupt land development company, the film suddenly shifts gears and becomes a violent and kinetic thriller with phenomenal stunt work and intricately choreographed chase and fight scenes. Marshall, who directed somewhere around 400 films if you count his silent shorts, orchestrates it all with dynamism and fluidity; the transition between the tonally disparate halves is smoothly handled, and the myriad supporting characters and subplots all get their due in an airtight 81 minutes. When the Daltons Rode is newly available on Blu-ray as part of Kino Lorber’s Western Classics I set, a collection of three excellent Westerns; the other two are Whispering Smith and the 1948 version of The Virginian with Joel McCrea. All three titles are accompanied by first-rate commentary tracks – film historian Toby Roan’s information packed narration on Daltons is particularly outstanding – and they’re all presented in flawless transfers.