“My Production Costs the Same as a Digital Film”: Philippe Garrel on The Salt of Tears 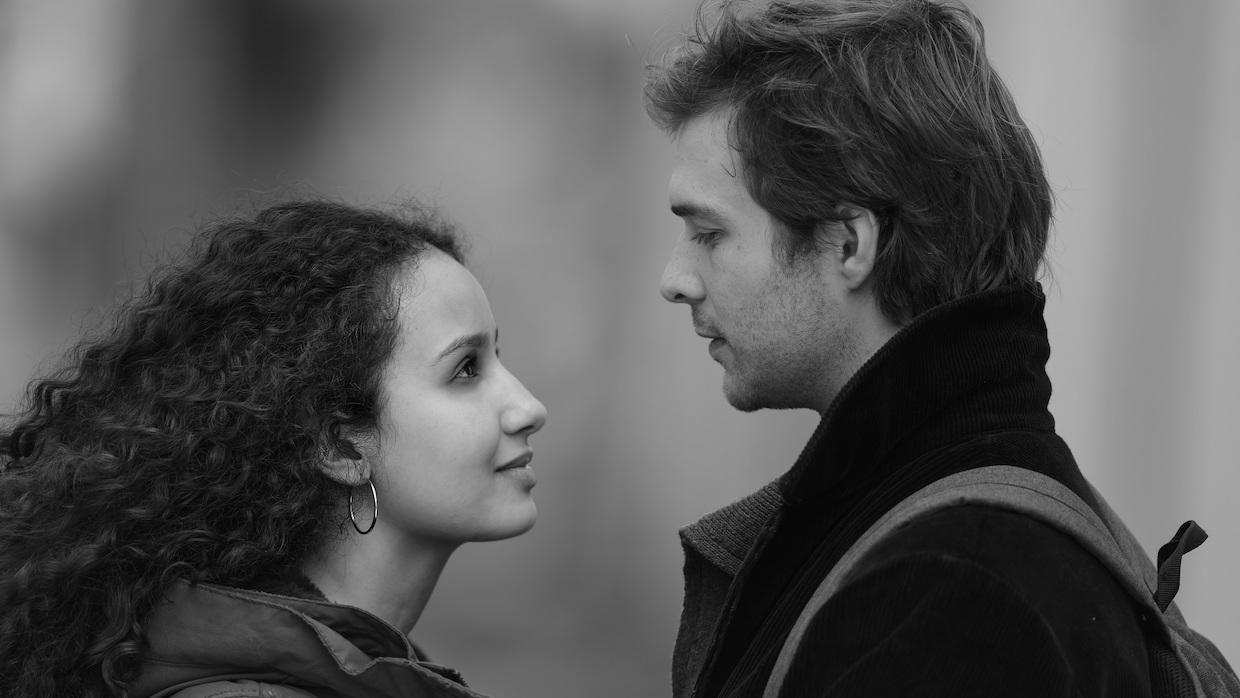 by Christopher Small
in Directors, Interviews, Screenwriters
on Sep 22, 2020

Philippe Garrel is in recognisably a “late” stage of his career as a filmmaker. He has moved past the point of going for broke. His characters, avatars for any given idea he may be preoccupied with, border on the archetypal. The settings are stripped down, reduced to their essence. His concerns, by this stage, are variations on a few basic themes. He is a commanding narrative presence, the authorial space in which he is most free to assert himself idiosyncratically.

With all this in mind, viewers’ mileage may vary. Those of us who take pleasure in the relaxed vibes of the aging filmmaker will find much to enjoy. And while the pleasures of Garrel’s perceptiveness in detailing human behaviour are certainly in evidence, the minor mode in which he is working—as ever, concerned with the vicissitudes of romantic love among young, blinkered, good-looking French people—might be off-putting to an audience not invested in his overall project.

That being said, The Salt of Tears did seem well-received at the Berlinale, where it premiered in the main competition, so what the hell do I know. I guess there is a portion of the audience in Berlin who appreciate a precise, scaled-down work like this one. Maybe there are more dutiful Garrelians out there than I thought.

In any case, I was very glad to catch up briefly with the great director after the premiere of The Salt of Tears, when we spoke about his economy of filmmaking, his extensive pre-shoot preparation with the actors, and the basic work of a modern artist. The Salt of Tears next plays as part of NYFF, with US release to follow from Distrib Films.

Filmmaker: My friend and I were talking about Éric Rohmer last night. About his idea of meaningless gestures in cinema that are somehow, in spite of their throwaway quality, significant. In this case, it was about the way a character rests with her hand behind her back in La Collectioneuse.

Garrel: I think this has to do with the direction of actors; that’s when gestures emerge in this way. For me, the direction, I should say, does not happen during the shoot. It happens during a stage that I call “the rehearsal.” And by the way, Rohmer himself did the same thing, the same kind of rehearsal, in the sense that he used to go for a cup of tea with his actors and they would work in a similar way. That is similar to my rehearsals, my actors workshop. My method of working, after the writing and the selection of the actors, is that I spend one year meeting them every week once a day, in a theater that I rent especially for these rehearsals.  That’s the moment where we find all the significant gestures in a given film, and they are the result of this work with the actors. In that stage of work we build the scenes of the film. Not to say that I make suggestions necessarily, they can come from the actors themselves. I start working with them, offering different directions, giving indications—not in a prevailing or dominant role, quite the opposite. Going back to the Rohmer example, the fact that the girl keeps her arm behind her back in this way—I can see that [Haydée] Politoff likely suggested that to Rohmer and, by watching her make that gesture, he must have judged it to be a posture that indicated her psychological attitude, or merely a presence in the framework of the film. During our weekly work with the actors, the gestures and all sorts of related proposals emerge and are included and incorporated into the script. If, after observing them I think that these are right and proper to my overall telling of the film, I keep them, or they can be eliminated. Very often, in fact, it is the actors that make posture or gesture propositions for their characters. Mostly it is their suggestion.

Filmmaker: There is this one scene where the father sharply raises a handkerchief to his face that is quite shocking and original as a movement.

Garrel: Well, what was written in the script was that the son offered his father a piece of cloth. He saw that he was about to cry. André Wilms, the actor playing the father, made the gesture of covering his eyes in order to hide his tears. And the result of the handkerchief was somehow between the two: between what screenwriters have imagined for that scene and that which has been suggested by the actors. This is why I often think when a big award is bestowed in a festival for best actor or actress, it should be best actor and director together. Interpretation in this way is the result of this symbiosis. Which isn’t to set a hierarchy, not at all. Not that one is more important than the other. But that’s it—it’s all in that middle, very important stage, between writing and the shoot. It just cannot be done during the shoot. Too many changes like this bring the risk of paralysing an actor when they have to perform on a set or a location.

Filmmaker: And does this workshop period have a decisive effect on the macro level of the film, of the overall structure?

Garrel: Of course. I take the opportunity in these periods to change the script a great deal. Sometimes I cut out a scene because it no longer fits with the energy we have brought. Or I realise that I need to add one for the sake of narration, so that the film can lurch down another path. I also do a lot of improvisations—once the actors master their own characters, I make them improvise. I record these improvisations and those feed further dialogue that we create for the scenes. In the past, I made rehearsals only for the actors’ sake. At some point, I began to rewrite, “improvising” myself as a filmmaker in this window of rehearsal. And at the end of this long period, the film resembles a theater work that can be “performed” in natural locations. I rehearse on Sunday because people are free—we repeatedly go through the whole film. I do change a lot. I might realise that some of the dialogues do not mirror reality. And I base much of what I’m doing on what comes fluidly, what I understand they need.

Filmmaker: How long have you done this?

Garrel: I have done this for the past seven films and in the last two, with the presence of my co-writers, yes, we write and rewrite and write and rewrite. Even the voiceover—I add that in the rehearsal, incorporating it into the process. I bring the voiceover actor and we speak it live, making it a real part of this evolution.

Filmmaker: Your recent films all work from similar subjects, shifting emphasis from grand reconfigurations of your interests and concerns towards small modifications on a theme. How does this relate to an economy of filmmaking for you, connected to the artistic impulse?

Garrel: It’s quite simple: actors are paid for their time and their work. Since they are always broke, they’re always willing to come every Sunday. Wilms, on the other hand, came thirty times out of forty, because he was shooting another film elsewhere. And the cost of paying the actors during this rehearsal stage is counterbalanced by the shoot. I only make one take when we are on location, three times out of four, shooting in 35mm. That’s again something that would be impossible to do in one take, without having laid the groundwork in rehearsal. The costs of production are contained by this specific economy of work. On one side, long rehearsals that are paid—a significant expense, yes, but then we save money during production on the cost of film stock, on developing, on everything. In the end, it costs the same as a film shot digitally. Which is a technology that I have nothing against but which I simply know nothing about—I’m lazy and believe it belongs only to the next generation. It’s not up to me. I simply know how to operate a 35mm camera well and that’s it. I was the cinematographer on three films of mine and have edited one third of my films. I very well know how to work with these formats and supports I’m used to. The excuse that producers tell filmmakers, that you must shoot digitally because it’s more cost effective, doesn’t fly with me. At the end of the day, my production costs the same as a digital film.

Filmmaker: I suppose in each section of production there is a different Philippe Garrel that exists, fighting and negotiating with the other.

Garrel: Well, if you think about the avant-garde in painting and you get the two poles—Matisse and Picasso and the impressionists—you realize that in modern painters there’s a deep knowledge of classical painting. For a long time, it was believed that Picasso couldn’t draw. In fact, he was a very capable sketcher and painter in the classical style. But he chose to break those rules, and because he understood those rules he was able to create a second way of painting. He just chose to emphasise different things, something other than the “representation” of a subject. If you notice, in every modern painting, you can see somewhere in it the trace of these classical rules. Rules that were warped and bent to their will. Which gave birth to this, to something new. That is true for painting, it’s true for cinema. I could make a film using a crane, with a big crew, in the new Hollywood style—of course. Making a period film I would be bored, honestly. That is not my desire nor my interest. I prefer to make a film where my characters are wearing their jeans, not an expensive costume. You cannot be—and I’m not talking about myself but instead Jean-Luc Godard or Picasso—a great modern artist unless you are able to break with tradition and create that opacity or obliqueness. That is where the pleasure of modernity lies. And you can only do that if you know very well where you come from.