“An Opportunity to Look at How True-Crime Storytelling Can Affect Reality”: Marc Smerling on Reinvestigating Errol Morris’s Reinvestigation in A Wilderness of Error 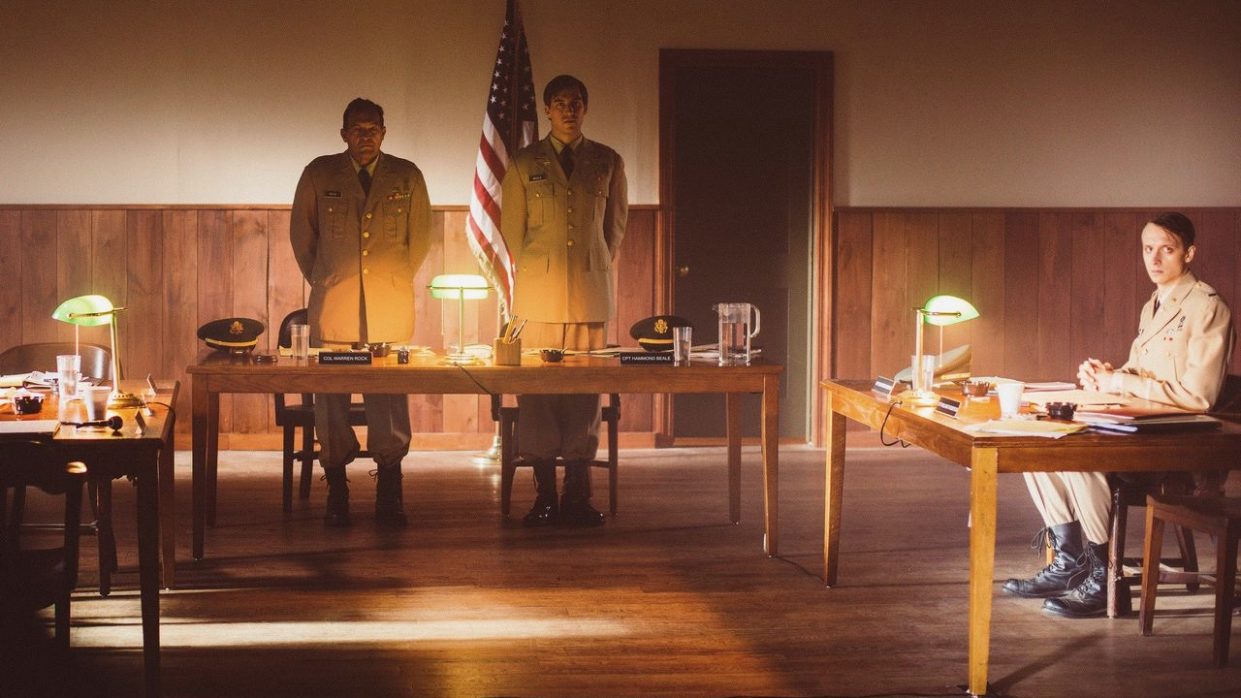 A Wilderness of Errors

by Lauren Wissot
in Directors, Interviews
on Sep 24, 2020

Marc Smerling’s true crime docuseries for FX, A Wilderness of Error, debuting September 25, is a deep-dive reinvestigation of the case of convicted murderer Jeffrey MacDonald, who has spent the past nearly four decades serving time for the 1970 killing of his wife and two young daughters – a gruesome triple homicide that the onetime Army surgeon and Green Beret blamed (and still blames) on Manson Family copycats. The five-part series is based on Errol Morris’s non-fiction book A Wilderness of Error: The Trials of Jeffrey MacDonald, a deep-dive reinvestigation of the case – specifically the case laid out by both prosecutors and the famed journo Joe McGinniss in his own 1983 book Fatal Vision. Which in turn was made into a two-part TV miniseries.

And if your head is spinning, buckle up. Smerling – one of the prolific forces behind Capturing the Friedmans, The Jinx and the Crimetown podcasts – has crafted one rabbit hole of a ride. (Along with an accompanying eight-episode podcast, Morally Indefensible, available now, which follows the McGinniss angle and questions whether the journalist ultimately got too unethically close to his subject.)

A week before the first episode dropped Filmmaker reached out to the Emmy Award-winning and Academy Award-nominated producer/writer/director/DP, and founder of the TV and podcast production company Truth Media, to learn all about this reinvestigation of the reinvestigations, shifting between audio and visual doc-making, and capturing Errol Morris for the small screen.

Filmmaker: How did you get involved in this project? Was Errol Morris always attached, and what was the extent of his participation?

Smerling: After The Jinx Jason Blum sent me Errol’s book, A Wilderness of Error. I was making the podcast Crimetown and wasn’t eager to jump into a murder story. But Errol was inspirational for me as a filmmaker, so I read the book and then I went to Boston for a visit.

I always look for a reason why to tell a story, especially a murder story, and I had an idea of why to tell this story. The MacDonald case represented an opportunity to look at how true-crime storytelling can affect reality. I had just made The Jinx, so this was on my mind.

The story of Jeffrey MacDonald is arguably the most popularized true crime story ever. Joe McGinniss’s book Fatal Vision was a huge bestseller made into a TV miniseries, which was seen by 65 million people the first night it aired. You can’t get much bigger than that!

There were so many books and TV movies about this case. And Errol’s book was the latest of the lot. So we spoke about this idea and the fact that to do a good job I would need to reinvestigate the murders. Talk to everybody connected to the case who was still around, and look through the evidence and read the court records. He wanted that all to happen. So I felt like everything would be okay and I could do my thing.

Filmmaker: You’re one of the only filmmakers I can think of who is equally acclaimed for your podcasts. And you also seem to seamlessly transition between mediums – creating the accompanying Morally Indefensible for this project, while the Crimetown: Providence and The Ballad Of Billy Balls podcasts are being turned into TV series. So how do you decide what material is best suited to an audio versus visual format?

Smerling: When we decided to make Crimetown we wanted to translate our filmmaking skills into audio storytelling. That may seem strange, but we had this idea that we could make a podcast cinematic by focusing on character, and using sound design to time-travel the listener. Put the listener in the timeline of the story.

The result is kind of cinema for your ears, so I wasn’t surprised when Hollywood came calling. Our audience was growing a lot. Crimetown has millions of listeners. What we’re looking for in a story are unique characters and surprising turns – and most importantly, a larger perspective on who we are. A bigger idea. Something that resonates.

Filmmaker: Journalistic ethics comes into play on so many levels, with the question of whether McGinniss “betrayed” MacDonald at the very heart of the companion podcast. Which made me wonder if you personally struggled with this question of “betrayal” vis a vis the man you describe as your hero, Errol Morris, whose book’s findings you often dismantle right in front of him. And do you find yourself more sensitive to accusations of “crossing lines” since The Jinx received a bit of criticism on that front?

Smerling: Obviously, I am working all of that out in Morally Indefensible. Nothing is black and white. People have to make their own decision as to what a nonfiction storyteller is allowed to do in pursuit of the truth.

Joe McGinniss did a lot of work. He talked to everybody surrounding the case. And he read the court record and examined evidence. That’s what I try to do, so I have a soft spot for his work. Did he cross the line in his relationship with Jeffrey MacDonald? Maybe. But did he deserve to have Janet Malcolm destroy his reputation as a journalist? I don’t think so. In all those letters he wrote to Jeff, he never told Jeff he thought he was innocent. Did Joe cross the line? What did Joe owe Jeff? What did Joe owe the truth? (As far as The Jinx, I can’t talk about it yet. The trial in Los Angeles is pending, but a lot of what came out as far as what Andrew and I did, and when we did it, is not accurate.)

Filmmaker: You managed to gain the trust of quite a few key figures whose lives were forever changed by the murder of this family and the carnivalesque aftermath. But some folks did decline to participate, most notably journalist Janet Malcolm for the podcast, and of course there are no current interviews with the still incarcerated man at the center of the story. So who in addition to Malcolm did you reach out to but couldn’t convince? Did you purposely avoid contacting MacDonald?

Smerling: I was on my way to visit Jeffrey MacDonald when his wife Kathryn called to cancel. I called Janet Malcolm as well, and you probably know, she doesn’t really talk about this subject in the press.

No one ran at the camera for this story. Everyone felt betrayed by one storyteller or another. So this was a tough assignment and it took a long time to gain people’s trust. The one person I wanted to talk to but could never get on the phone, let alone in the interview chair, was a prosecutor in the 1979 trial, Brian Murtagh.

Filmmaker: Surprisingly, two big revelations that shook me to the core came from Errol Morris himself, a director so deft at pointing out other’s blindspots who suddenly seemed to be blind to his own. Firstly, I was completely taken aback by his honest acknowledgment that he was hoping for a Thin Blue Line-style repeat, wanted to score another exoneration with A Wilderness of Error. Was he admitting to beginning an investigation with a confirmation bias? And secondly by his insistence that notoriously unreliable narrator Helena Stoeckley’s repeated confessions to witnessing the murders somehow gave her words more credence. How could he so blithely dismiss the possibility that Stoeckley had spent nearly a decade falsely confessing – as if repeating a story often and for long enough somehow makes it true? So I’m very curious to hear how Morris’s POV impacted your own thinking about the case and the making of the series – and perhaps even your approach to him, considering he has a stake in protecting his book’s reputation.

Smerling: This is a difficult question to answer, because I respect Errol so much. I wouldn’t be doing what I’m doing if I had not walked into a movie theater as a teenager and seen The Thin Blue Line.

But I will say that if you are doing this job and you have an agenda other than looking at every piece of evidence, searching the record, talking to everyone, to find out what actually happened, you are are not doing the job. And if you have an agenda going in, you may get yourself in trouble.

These days it seems like every article and every TV news broadcast has an agenda. And look where we are. Who can we trust? These are dark days for journalists. I don’t want to seem too head-in-the-clouds, but isn’t the job to let the audience decide? To present the facts and let them fall as they may? I challenge myself and my team to keep asking questions – and to erase any preconceptions or biases until all the work is done. There’s no right or wrong – until we get the story in the can.