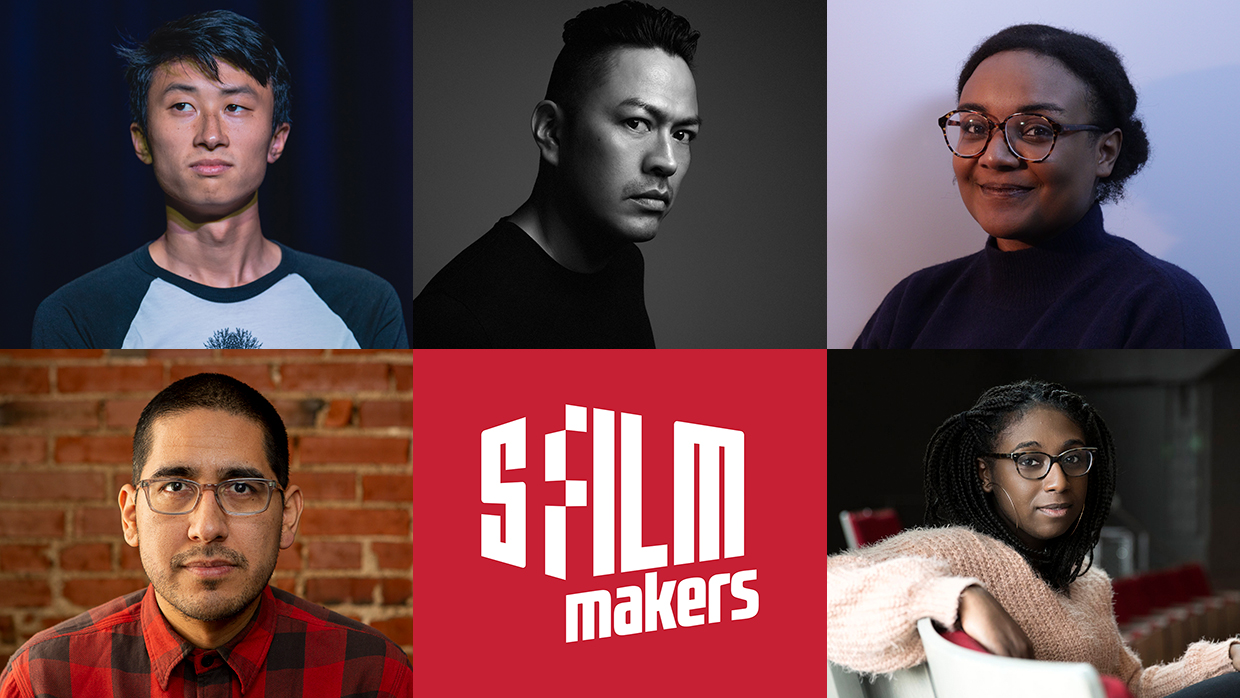 SFFILM, in partnership with the Westridge Foundation, announced today the six films that will receive a total of $100,000 in funding as part of the SFFILM Westridge granting program. One of the few grants available to narrative filmmakers in the development phase, a SFILM Westridge grant helps “protect filmmakers’ creative processes, and allows them the time and space to concentrate properly on crafting their story, structure, characters, and themes, and refining their projects before diving into financing, production, and beyond.”

SFFILM and the Westridge Foundation also announce that this sixth edition will the last for this grant, which was initiated in 2017. “We are deeply proud of this three-year partnership with the Westridge Foundation, and its innovative approach to direct support of the filmmaking process,” said Lauren McBride, SFFILM Director of Artist Development, in a press release. “All of the films we’ve funded through this program represent risks — these are not prestige projects already destined for greatness, they are the seeds of important stories that need to be nurtured into important films. We are grateful to the Rachleff family and the Westridge Foundation for their vision and generosity, and we look forward to the years to come as the remarkable artists we’ve supported together realize their visions, craft their films, and share their stories with audiences everywhere.”

In a statement, the jury said, “We are thrilled to assemble this sixth and final cohort of SFFILM Westridge grantees. This exciting slate showcases clear vision, boldness of voice, and a cast of compelling characters. The stories reckon with embracing the past by way of family, land, and community, and building a reimagined future. We were struck by the diversity of location, experience, and background from this eclectic and interesting group of filmmakers. We are grateful and proud to support these storytellers as they dedicate time and focus to the earliest stages of the creative process.”

Channing Godfrey Peoples’s 2020 release Miss Juneteenth was an awardee in the inaugural round of SFFILM Westridge grants, and this final edition includes notably the second feature by Minding the Gap director Bing Liu.

Chinks
Bing Liu, writer/director/producer; Jason Berman and Angela Lee, producers – $20,000
A Chinese American teen navigates his first romantic relationship while figuring out how to rescue his mother and half-brother from an abusive stepfather.

Frybread Face and Me
Billy Luther, writer/director/producer – $20,000
Two adolescent Navajo cousins from different worlds bond during a summer herding sheep on their grandmother’s ranch in Arizona, as they learn about their family’s past and themselves.

Galilee, Rhode Island
Christina Tucker, writer/director – $20,000
A fisherman recently released from prison falls for a drifter with a checkered past.

Pink Casa
Robert T. Herrera, writer/director/producer – $20,000
In the industrial neighborhoods of South Texas, a Tejano oil refinery worker raises his orphaned and selectively mute 12-year-old niece. After she is discovered by national art media for painting every inch of their house pink and for showcasing prodigious creative talent, a renowned 80-year-old New York art icon and his daughter make contact. Their visit prompts the two disparate families to unearth their losses and confront their coupled futures.

Preserves
Micah Ariel Watson, writer/director/producer – $20,000
When a restless dancer falls in love with an ex-offender — who appears young but was mysteriously born 150 years ago — an all-Black Kansas town, founded by former slaves, experiences a long-awaited cultural and spiritual revival.