“You Can Feel the Operator Behind the Camera”: DP Corey Hughes on All Light, Everywhere 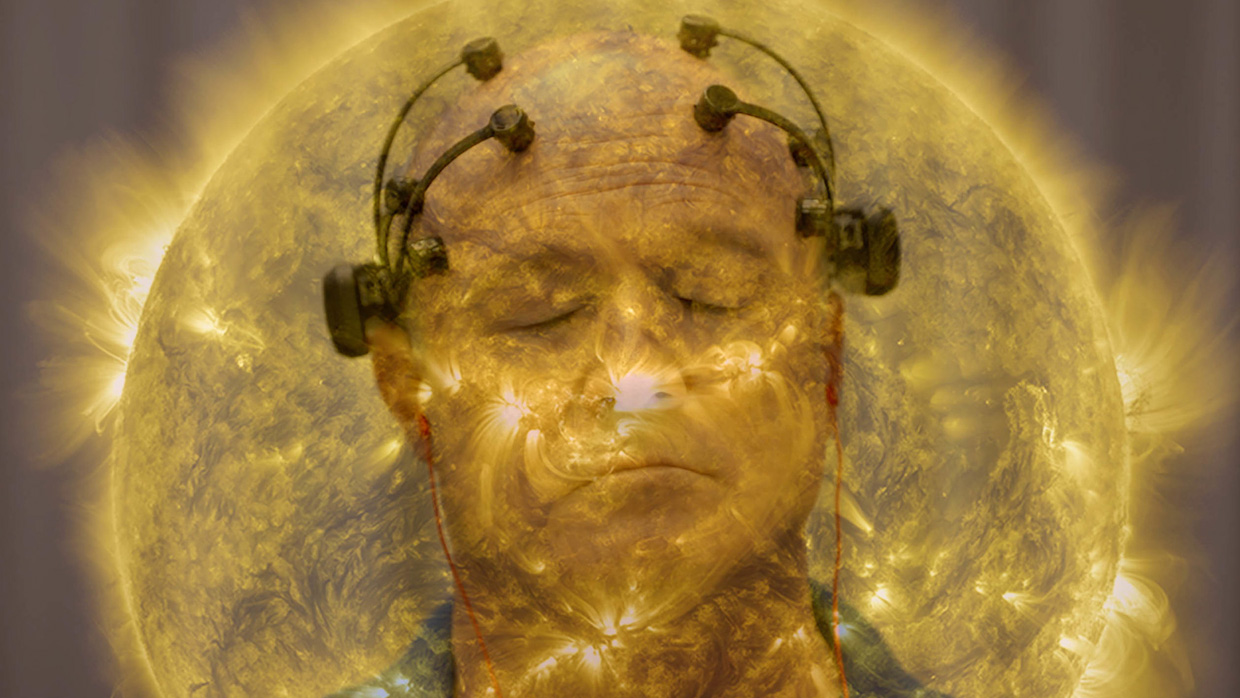 In the era of surveillance, what does it mean to be on camera? Theo Anthony’s All Light, Everywhere investigates the nature of objectivity, physics, and policing from a scientific and sociological perspective, questioning much the way an essay might. DP Corey Hughes shares what he brought to the film from his experience with music videos and the physicality of image capturing devices.

Hughes: I met Theo in Baltimore in 2017. At that time, I had directed and shot some short films (Ouchiemongo, Caesars Palace, Armageddon 2) and music videos (Abdu Ali’s “Did Dat” & Nerftoss’ “Some Kind of Way”) that Theo had seen and was into. We were both fans of each other’s films and were exploring similar things in our work but approaching it from different directions.

The shorts were hybrid documentaries that were all shot in live environments (Carnival cruise ship, Caesars Palace Casino, a small village in Cuba) and involved fictionalized elements. My cinematography work often combines multiple types of cameras (cinema camera, DV, GoPro, iPhone, Osmo) and works with the flaws that each camera technology produces. I think that is part of why Theo wanted to work with me on this film, which includes footage from many different sources and exists in a space in between real and virtual worlds.

I was a fan of Theo’s previous films (Rat Film, Peace in the Absence of War) and was excited to work together. Theo put a lot of trust in me and we pushed each other’s work in interesting ways. We synced up pretty quickly and developed a collaborative shooting relationship while shooting the first sections of the film (Baltimore Police Department training classroom & the Axon tour).

Hughes: The film is about the ways in which we use technology to see and the biases inherent in each imaging technology, so the cinematography was an integral part of the concept for the film. Due to the kaleidoscopic nature of the project, weaving multiple narratives and histories together, the cinematography of the film developed with each new section we filmed.

Many of the environments we were filming in were unknown with limited access, so we had to be able to adapt to changing scenarios. Theo and I developed parameters to work within so that we had a guide for how to react to each new situation. For example, when filming the workers inside the Axon factory we felt it was important to highlight the physicality of the human labor that is inherent in producing tech devices, so one of the parameters became that the camera should always focus on the interaction between hands and objects when filming the workers in the factory.

The film pulls images from many different sources: body camera, software screen capture, aerial surveillance systems, archival materials from the early 20th century, etc. When working with these types of operational images, images created to serve a specific function in a process (ex. surveillance, facial recognition), we wanted them to appear as raw as possible. Respecting the material for what it is rather than trying to morph it into a more traditional cinema image.

Grainy 720p Go-Pro footage or software screen capture can be just as powerful as well lit 4K raw footage if used in the right way. We were equally interested in creating compelling images as revealing the flaws and biases inherent in the way each camera sees the world.

Hughes: A big influence visually and conceptually was the work of German filmmaker and writer Harun Farocki. Specifically the films/video essays Indoctrination, Counter Music, and Images of the World and the Inscription of War. Farocki is the master of using non-traditional imaging tools to create cinematic images.

The Steadicam sequences of Dust by Harmut Bitomsky were an influence on the way we used the Movi in the Axon tour section of the film. What I love about those Steadicam sequences is that the camera feels like it has a mind of its own. Someone will be talking in the frame but the camera will be focusing instead on the objects or space around them. This type of wandering camera was a key element in bringing a level of dissonance and tension to the Axon tour section of the film.

Le Concours by Claire Simon was influential in the approach to the Baltimore Police Department classroom section. Her film is about the bureaucracy of the selection process of an elite French film school. It documents these seemingly dull conversations but uses long takes, zoom lenses, and constant reframing to elevate the situations to a cinematic level.

Hughes: I think the biggest challenge when filming hybrid doc projects is finding the right balance between capturing the moments you need for the content of the film and remaining faithful to the formal approach set out for each scene. Theo is an incredible editor and a part of why we were able to take such formally risky moves during production was knowing that Theo could find an interesting way to piece the elements together, even the moments that feel like mistakes during production can morph into something really magical in the edit.

Hughes: The main threads of the film were shot on the Sony FS7 & FS5. The FS7 is one of my favorite cameras to shoot doc projects with because of its simplicity, ergonomics, and digital looking images.

We switched between shooting single camera on a Movi with 15mm & 35mm CP.2 lenses and filming multi-cam on tripods with cine zooms (Canon 30-300mm & Fujinon Cabrio 20-120mm). The cine zooms allowed for flexibility in shooting in live environments while also creating some really beautiful and surreal images. The slow mechanical zooms replicate the movement of a surveillance camera, searching and tracking objects in a frame. What I love about the Movi is it produces these extremely digital feeling images. You can feel the operator behind the camera. It is trying so hard to make smooth images but it doesn’t always work. I love those flaws.

Hughes: Many of the locations we filmed in were heavily controlled and we only had limited time to shoot so we relied on working with available light. The “lighting” of the scenes was about staging the scene in the right place to get a certain look using the lights that existed in the space.

The focus group/experiment section of the film was the only time we used additional lighting and that was because we had some more control over the location and technically we needed some more light to get enough level on subjects when shooting in front of and behind of the one-way mirror in the space. We brought in a few lights to bring up the levels in the main room and some Titan RGB tubes that we used to stylize a few shots behind the mirror and push things further into the sci-fi zone.

Hughes: I think the most difficult scene to film was the Axon network demo in the desert. This was a staged reenactment in which they show off all of the different camera devices Axon makes. Between the body cameras, dash cam, drone, and our camera we had seven different cameras filming the scene simultaneously.

We filmed in the desert outside the Axon headquarters in Scottsdale, Arizona. It was super sunny and 120 degrees Fahrenheit. We originally planned on filming this scene on the Movi but the rig malfunctioned in the heat so we switched to using the cine zoom on a tripod.

Our crew was only three people so each of us was doing multiple jobs simultaneously. Theo was directing, filming on a body camera, and operating the drone. Jonna was choreographing and running sound. I was operating and pulling focus while performing two extended 10x zooms. It felt like trying to do a sudoku while your house is on fire.

All that to say, sometimes the plan falls apart and you have to adapt to the situation. We figured it out and I think our final approach ultimately led to the best version of the scene.

Hughes: Theo and I had a lot of discussions about how each section of the film would look so we had a good idea about what we were looking for when we went into Color but as always you discover new things about the project in Color. Many of those discoveries were made with the help of Maria.

We were super lucky to work with an amazing Colorist Maria Carretero from Nice Shoes NYC. It was our first time working together, she really understood what we were trying to do visually and conceptually. She found a beautiful balance between those elements. She is a true artist and a crucial collaborator in the way the final film looks and feels.

Color was about enhancing and shaping what is already there while respecting and maintaining the unique qualities of the different sources of footage. This was especially important when coloring the archival sections. Many of these images are from the early 20th century and are faded, worn, and tinted. We wanted to keep those flaws and highlight the materiality of these physical objects.