“We Believed It Would Generate More Liveliness and Freedom”: DP Alex Bloom on Hive 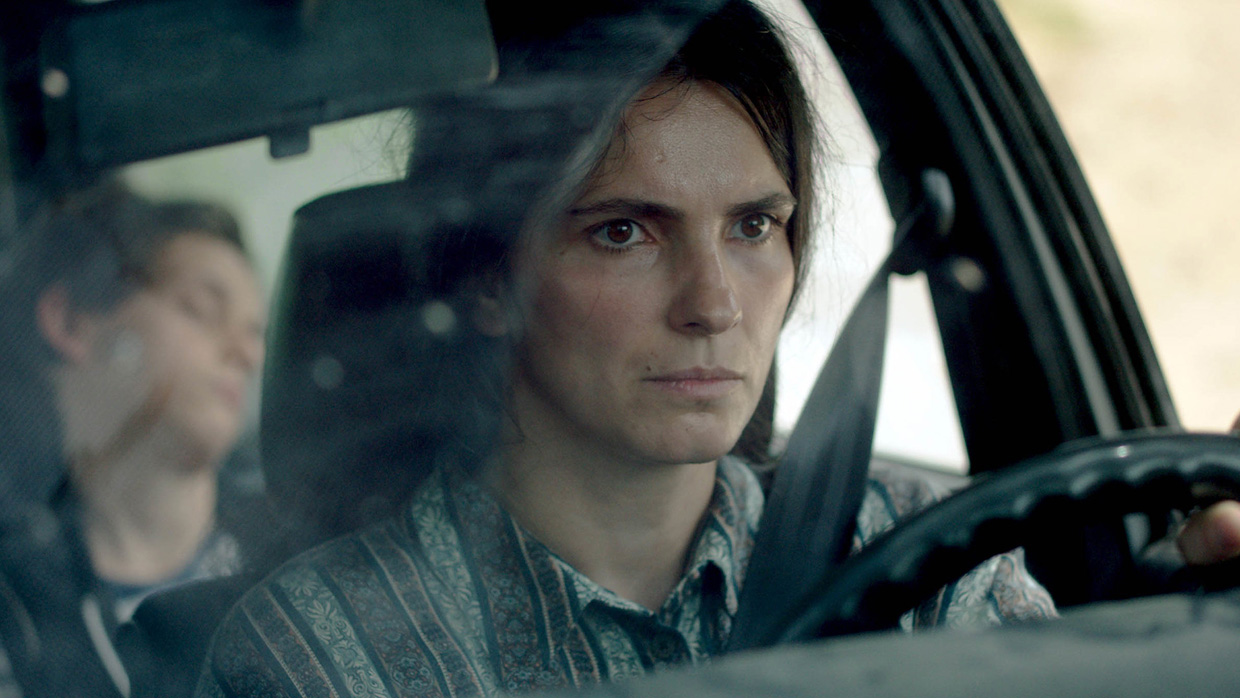 Blerta Basholli’s Hive explores macro gender dynamics in her home country of Kosovo. Among a league of women awaiting news of their husbands, fathers and sons’ fates in the Kosovo War, Fahrije practices self-reliance and encourages other women to seek independence despite the violent patriarchal expectations of their community. DP Alex Bloom tells us why he felt it best to allow the actresses to move about unencumbered.

Filmmaker: How and why did you wind up being the cinematographer of your film? What  were the factors and attributes that led to your being hired for this job?

Bloom: Valon Bajgora introduced me to Blerta when she was looking for a DP for this project. Blerta and I first Skyped and talked about how we see the story and I told her that I don’t think the camera should be something we have to concentrate so much on. I thought it was more important to leave all the possible space to the actresses, trying not to get in their way of performing. So my guess is that developing a rather naturalistic then cinematic approach was my jump on board.

Filmmaker: What were your artistic goals on this film, and how did you realize them? How did you want your cinematography to enhance the film’s storytelling and treatment of  its characters?

Bloom: My first and most important goal was to give our actors the possibility to move everywhere without having tripods or stuff in the way or me saying it is not possible for the camera. I knew it would also mean to light in a little less enhanced way, but we believed it would generate more liveliness and freedom and reality to the story.

Bloom: When I read the script, my initial impression was the movie Rosetta by the Dardenne Brothers which also follows a young woman and her struggles in life. It is a movie I really love and which was some sort of guideline for my visual approach. The main goal was to stick to our lead actress and she guides the camera through the scenes and places.

We had a lot of locations and a pretty tight schedule which didn’t leave any space for placing every scene at a specific time of the day, so I was struggling with having the sun at a direction I didn’t wanted it to be sometimes. For example, the scene of the big protest I planned on shooting during afternoon to get the stage and the crowd backlit most of the time, instead we shot it early morning where the stage was in full-shadow and the crowd was hard and front-lit by the sun.

Filmmaker: What camera did you shoot on? Why did you choose the camera that you did?  What lenses did you use?

Bloom: We shot the movie on an ALEXA Mini in an Aspect Ratio of 1:1.66. When it comes  to latitude, going from inside scenes to outside scenes within one shoot, the ALEXA is simply the best camera to use. Furthermore we wanted an organic and realistic look, which the camera gave us out of the box. We used Cooke S4 mini lenses for 80% of the movie and mixed theme with Zeiss Superspeeds for all the scenes that happen at the river. The S4s are light and beautiful without drawing to much attention to be stylized or something. The river nonetheless was a special place, it was where Farhije believes her husband died and so I wanted to implement a more subtle look to it with little less depth of field and more concentration on her, as the Superspeeds have T-Stop of 1.3 and the S4 minis only a 2.8.

Bloom: As I mentioned earlier I tried to light our scenes so it was possible for our actresses to move freely and go wherever it feels right for them. So I placed most of my light sources outside from an angle so that I also had the possibility to shoot against the windows. In Fahrije’s house, I implemented practical light sources with the production designer Vlatko as the ceiling was just about 1.90m high and they would be in the shot. Of course we needed to augment them occasionally with small LEDs, but for the interior scenes I pretty much relied on them. There where some complicated scenes where Fahrije is moving from the small kitchen outside and on the balcony in one shot. They where quite hard to achieve as the kitchen was the darkest place even during daytime and outside the sun was shinning harshly. My gaffer Ivan and I needed to punch as much as possible through the one tiny window of the kitchen to give some level in there and then while moving out I pulled the iris by hand to give it an invisible transition. For the outside scenes and because we mastered most the shots I  rarely used any lighting to be free and shoot in every direction. For some scenes I added light diffusion because in summer the sun is really, really hard and toppy in Kosovo, but as soon as I felt in makes things to complicated or gets in the way of our movement I took them off again.

Bloom: Actually my biggest concerns were that schedule-wise it was not always possible to place specific scenes to my favorite time of the day. So I had to fight against the harsh sun light which produced really hard and dark shadows, and of course we jumped between overcast, shadows and sun in one scene here and there. That was my main concern for most of the time, so there is really no specific difficult scene for me. The underwater scene was not that easy, not for me but for the actors because it was cold and they had to dive several times and I had an  operator who unfortunately didn’t speak neither English nor Albanian and it was a little bit of hands-and-feet communication. I pre-visualized the scene in  3D and we were able to show him what we have in mind in the end it worked out well.

Filmmaker: Finally, describe the finishing of the film. How much of your look was “baked in”  versus realized in the DI?

Bloom: The finish happened in Geneva in the middle of the pandemic at Colorgrade. We had five to six days and it was helpful that I pretty much lit and exposed most of the scenes the way I wanted them and also I implemented a LUT in DaVinci which is close to what we shot. It was the outside and sunny scenes that needed a lot of adjustment to match different takes and reverse shots. But besides that I tried to have the picture on set close to how the final result would look.