“The Resiliency of Youth Is Inspiring”: Editor Kristina Motwani on Homeroom 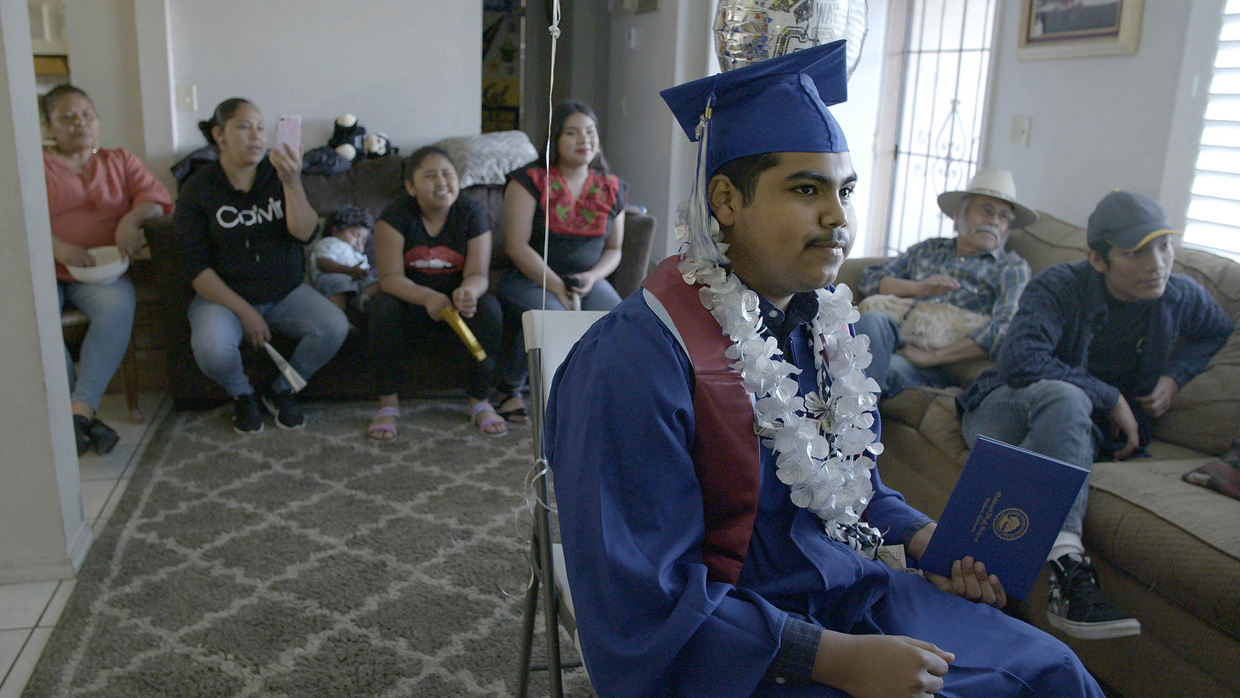 Homeroom, the final entry in Peter Nicks’ Oakland trilogy, couldn’t have come at a more bizarre time. Amid the early days of the pandemic and movements to defund the police, Oakland High School’s class of 2020 prepares to graduate into an unforgiving world fighting for justice. Kristina Motwani, one of the film’s co-editors, shares how the film’s arc changed but their goals remained the same as the world around them changed more and more.

Motwani: I was approached by Pete and Sean, I had worked with Sean before so he knew me and knew my work. I have had quite of bit of experience working with a variety of kind of non-traditional media, I had co-edited the film Midnight Traveler, which is entirely user generated media from the subject’s cell phone and so it was exciting to think about how we could incorporate the kids social media into the storytelling of Homeroom. Also I specialize in doing character driven vérité docs and have a special interest in films about young adults, so after viewing some of the footage it was clear they had found and built strong relationships with some wonderfully rich characters, so that was very exciting to me.

Motwani: The film started in a very different place then it ended up in, both driven by what was happening in the world and how the material spoke to us. We were following the kids at the same time I was editing. I began editing the film in April, which was right when the pandemic hit, something we had not planned on, so there had to be lot of assessment of how we were going to incorporate that into the story. How will we keep up with the kids during this time, how do you convey the feelings of this time? And at the same time we had no idea how this was going to unfold, initially the stay at home orders were just three weeks, but how long was this really going to go on? I had an assembly cut of the film before the death of George Floyd, clearly the reaction of the characters and the events that happened were speaking so very clearly to the things that were happening earlier in the year and so that became a clear storyline for us. After kind of understanding that backbone of the film more we had to turn to how we could include all the characters we loved. I think initially it was worrisome because we couldn’t build out each character with a story arc, but instead we tries to lean into building more of the world of the school and these kids inside and that these kind of intimate moments with the characters spoke to each other enough that we were able to find a balance of following the ACC and Denilson’s journey and also connecting with the characters who live in this world alongside that. Despite the changes that were happening along the way with the events unfolding I would say the goal had always stayed the same, which was to showcase this finite period of time in these character’s lives moving from childhood and adulthood, it just so happened to be the year that there was a worldwide pandemic and social uprising.

As far as what elements I wanted to enhance and tease out, mostly that was just the intimate moments of the characters. Pete, Sean and Gaby had clearly built these strong relationships with the kids and they were so open, and they captured such amazing moments. I wanted the viewer to relate to these characters, to feel for them, want to be friends with them because I just found them so dynamic and amazing.

Filmmaker:How did you achieve these goals? What types of editing techniques, or processes, or feedback screenings allowed this work to occur?

Motwani: I think initially it was all about identifying what moments we had, we had a lot of footage with a lot of different characters and just even bringing to the surface all of the best moments was really an important part of the process just because we had so much material. At one point in the edit we made detailed character reels and many assemblies of each person’s social media and seeing what kind of popped out and could stand on it’s own. Then we moved into making cuts with different configurations of the scenes we loved and trying to weave in and out of the main backbone of the ACC and Denilson. Rebecca Adorno joined our team about halfway through the roughcut in October and the fresh eyes and perspective really helped the edit, with the time constrains and being so deep in the footage it was what we needed to help to turn some things on their head and to re-examine some scenes. We did show some friends the film for feedback along the way as well but with COVID we never did any official feedback screenings. We did work as a very collaborative team though so everyone had some say in the edit.

Motwani: I have an art degree from University of Wisconsin-Madison and I started editing by making weird art videos. I had some small post-production jobs as a coordinator or assistant until I got a job at ITVS where I worked on the show Independent Lens on PBS. I would cut promos and do the packaging of the documentaries and that was my first experience working with documentaries. That was my day job and I started assistant editing the feature doc After Tiller in my nights and weekends. I then got a day job at Discovery Digital editing a science news show, DNews, and then again in the evenings and weekends kept working on assistant editing for feature films. I then went to work for Al Jazeera in the Short Doc unit of AJ+, working on series and short documentaries and in the evenings and weekending I worked on editing feature docs, including co-editing Midnight Traveler. I left my day job in 2018 and since then have been editing feature docs full-time since. I think my biggest influences have been the people I’ve worked with, I am very collaborative editor and I have had a chance to work with some amazing talented people who have taught me many things and pushed me in a more creative direction. Also I am a huge consumer of media and I am very influenced by all the different media I watch, from narrative films to docs to YouTube and user generated media. I am always trying to push myself to incorporate more creativity into my work and to think of story in more unconventional ways.

Motwani: I edit on Premiere Pro. I use premiere because I love FCP7, hahaha! And Premiere is the closest thing to FCP7 I’ve used.

Motwani: I’d say the most difficult scenes in the film to cut were the school board meetings, there was a lot going on there and many issues they talk about in those meetings, they’re also very long! So trying to pair those down in an understandable way was a challenge, and that was one thing I have to give Rebecca (co-editor) credit for, she really helped us a lot with those. They had been through many different iterations and I think the fresh eyes really helped make those make a lot more sense and helped show both the chaos and the heart of those meetings.

Motwani: We used VFX for the social media but were pretty conservative in how we used it. It didn’t seem to make sense to do some flashy treatment to how the social media looked in this case. We wanted it to feel like you were looking through the kids eyes at the phone when we go full screen into the social media.

Motwani: The thing I always tell everyone about the film is it helped me feel hopeful in this weird time, the resiliency of the youth is inspiring. Their creativity, they are less bound by the things we are as adults and it gives me hope for the world.