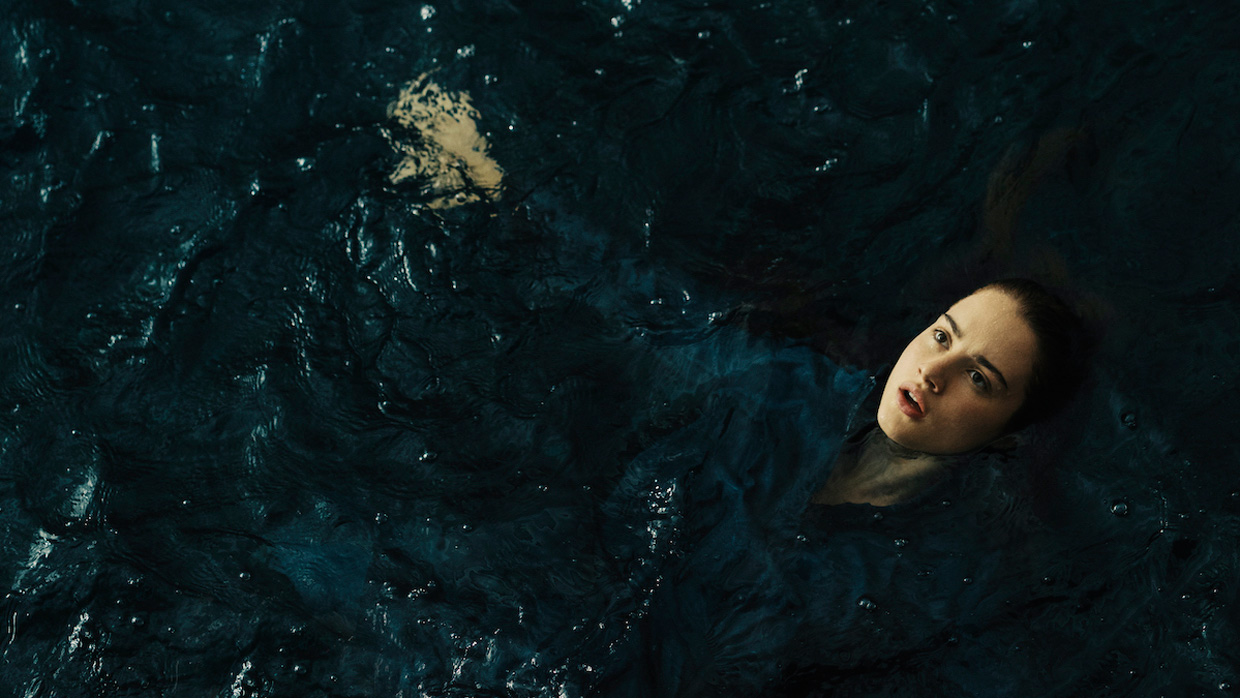 Karen Cinnore’s Mayday is a new kind of action movie, devilishly blurring several genre conventions to produce a feminist war film. After getting swept up in a storm, Ana (Grace Van Patten) is whisked away to another world where she meets Marsha (Mia Goth), the leader of a platoon of female warriors trapped in an endless war. DP Sam Levy tells us of the inclement weather of Croatia and how they filmed Mayday‘s several motorcycle scenes.

Levy: Writer/director Karen Cinorre and I are longtime collaborators and also happen to be life partners. Mayday is a project we have been developing together for a long time.

When Karen first told me about her idea for this story I was instantly hooked. It felt innovative and audacious, something I simply had to help bring to life. We began to work on developing the film, both as cinematographer/director, but also as producers pushing the film along on its journey.

Levy: I wanted to create a visual language to bridge intimacy of the characters’ personal journey with the scope and sweep of an adventure film—as if Andrei Tarkovsky had directed an action movie.

I threw myself into the process as I never have before. I believe that deeply in the ethos of this material.

Levy: I tried not to let other films penetrate my approach too deeply. We did however look at the films of Michael Powell and Emeric Pressburger, The Red Shoes and Black Narcissus in particular. These are breathtaking works that to this day are groundbreaking. We also watched Elem Klimov’s visionary Come and See as an example of a beguiling war film with dynamic action sequences.

The photographer that inspired Karen and I the most is the brilliant Rinko Kawauchi, especially her book Halo.

Levy: We were very fortunate to shoot in Croatia and the biggest challenge was Croatian weather to be sure! Mayday is thoroughly an action movie with colossal scenes that involve swimming in the deep sea, hand to hand combat on rocky cliffs and girls riding motorcycles through the forest. For production reasons we shot from late fall to early winter, a very windy and cold time to be shooting intricate stunts outside. Our Croatian brothers and sisters have something like 30 different names that describe variations of wind. I am told they even close the Croatian Parliament when the worst one, named “Jugo,” strikes, because it’s too hard to be objective when the winds are battering against the walls.

Our most melodramatic event was when an intricate exterior set was reduced to smithereens during a Jugo hurricane two days after we had shot it out. We were incredibly lucky to have completed the work and be working safely on our stage that day.

There was never a question in my mind that Maday was an anamorphic movie. I worked very closely with the brilliant Kavon Elhami and Kelly Samuels at Camtec in Los Angeles in choosing the Cooke SF anamorphic lenses. At the time we began principal photography on Mayday, there were no large format anamorphic lenses that I liked so I happily picked the ALEXA Mini.

Camtec also went above and beyond in creating a custom Infrared ALEXA camera for me to shoot a special sequence in the film.

We shot most of Mayday in Pula, a beautiful coastal city in Croatia. Together with my gifted DIT Sean Goller I designed a bespoke digital lab in several adjoining hotel rooms.

Each night we’d watch down the day’s work before setting our print lights and processing the dailies. In another room we’d then watch dailies from the previous day with writer/director Karen Cinorre and editor Nick Ramirez.

As a producer I could make sure the work was completely interactive. The synergy we gained from this approach really shows up on screen.

Levy: It’s all in the preparation!

Karen and I spent months discussing the quality of the light that we wanted for Mayday. We happened to be walking around downtown Manhattan not long before we left for Croatia—we were about an hour away from a massive rainstorm and the sky turned a radiant fiery amber butterscotch. We looked at each other in disbelief—we found our luminosity muse. Thankfully I had my camera on me and slipped into capture mode; I did my best to embrace the essence of the extremely rare pre-storm golden hue.

I was fortunate to work with the masterful gaffer Jerry Mundy. We made Lady Bird together, and I was very lucky to have him with me in Croatia. I showed Jerry the photos of the fiery gold sky and we set about the task of infusing this feeling into Mayday‘s image.

When in doubt we had only to ask ourselves if the light served the story of Mayday; a new kind of myth with a new kind of heroine. The story imagines a world where women and girls can be the true force of nature that they are. Did our light serve this new myth, or simply our own superficial interests?

Levy: There are many scenes with our main actors riding motorcycles through the woods. These were the trickiest moments to pull off—it was important to Karen and I that the girls ride big muscular bikes and look tough as nails doing it.

We had to shoot many upon many tests to get it just right with the stunt team, but eventually we found the right combination of camera angles and stunts. The day we finally discovered the right cocktail of camera rigging and stunt work that worked for Karen and I was extremely satisfying!

Levy: The foundation of Mayday‘s look is baked into the negative through extensive testing, research and development. We worked into the wee hours every night in Croatia making sure our dailies were consistent in order to protect the integrity of the final image.

But we did have fun fine-tuning the final look in the DI as well. There are extensive visual effects in Mayday. I worked closely with VFX supervisor Andrew Lim and DI colorist Marcy Robinson to ensure that the effects were well blended. Andrew and Marcy worked with me when I shot Frances Ha and While We’re Young for Noah Baumbach. They are family and Mayday simply would not look the way it does without their devotion and hard work.