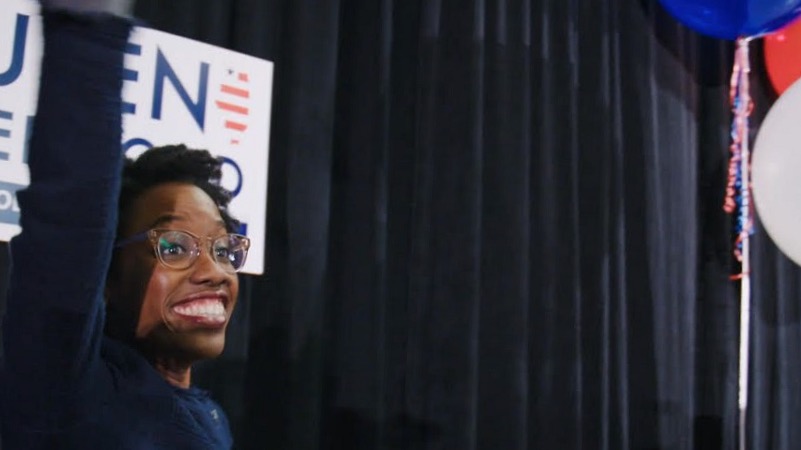 by Anthony Kaufman
in Distribution, Filmmaking
on Feb 16, 2021

Amazon’s Prime Video Direct (PVD) service has a message for independent documentary and shorts filmmakers: You need not apply.

Suddenly, one of the largest streaming platforms in the world was out of reach for vast numbers of companies and content creators. Filmmakers across the world have used PVD, while established indie distributors such as Samuel Goldwyn Films, Kino Lorber, Icarus and FilmRise have also used the service to distribute their films.

“This will be a huge challenge for us,” says one distribution executive, whose company releases a number of documentaries. “This will affect stakeholders across the independent film industry, whether directors, sales agents, distributors, and most importantly audiences that won’t be able to enjoy the work, and in the worst possible time in society”—as theatrical exhibition still remains largely supplanted by streaming.

Unlike a Netflix, Hulu or its sister division Amazon Studios, content isn’t acquired by Prime Video Direct; rights-holders submit their work, and earn royalties based on revenue splits or customer-viewing over time. According to royalty information on its support website, content providers receive 50% of net revenue.

Distributors outraged by Amazon’s move say it will have broader marketplace implications. “Yes, this is going to affect our acquisition prices,” said one distributor. “What we used to pay X for a title, we will now pay Y, or we won’t even buy a film at all, because we can’t cover the expenses.”

According to distributors, Amazon’s Prime Video Direct service—with its access to both TVOD and SVOD streams—could account for as much 40% of a film’s overall revenue. Another distributor noted that individual non-fiction titles have generated well into the six figures from the service. “It can be very significant,” he said.

Prime Video Direct could be particularly useful—and lucrative—for documentaries with easy-to-target niche audiences. As the executive explains, “As we all know, Amazon has an immense amount of data related to consumer interests, behaviors, and spending. They’re uniquely positioned to appropriately market titles direct to consumer and as such, can overperform relative to competing platforms. This is to say nothing of their massive amount of traffic from browsing alone.”

“Multiple revenue streams are so important for indie doc films,” says Hannah Rosenzweig, producer and co-director of the Showtime documentary Surge, which follows three congressional female candidates during the 2018 mid-terms. Last fall, Rosenzweig put the film out through Prime Video Direct after their broadcast to offer it widely for viewers who don’t subscribe to Showtime. “We were able to promote our release on Amazon and continue to see revenue come in,” she says.

Ian Stimler, Director of Home Media Sales at Icarus Films, which distributes mostly documentaries, agrees the shift in policy “presents an enormous challenge for us and our fellow indie distribs, especially in the short term,” he says. “We were continually increasing our offerings with Amazon to build a steady, stable income stream from that. There was no warning at all about this particular gate closing.”

For Icarus, Stimler says they’ll just have to pivot more towards their own indie streaming platform OVID.TV and other emerging platforms as Amazon no longer becomes an option for many filmmakers.

Likewise, Kino Lorber’s President Richard Lorber, who admits “losing an Amazon TVOD window would pinch a bit,” says the shift at Amazon only reinforces their move to “beef up our own doc TVOD offerings via www.kinonow.com and our Kino docs section,” he says.

Like a number of companies, Lorber admits they’re still processing the impact of the change at Amazon, but he suggests the ad-supported side of VOD on Amazon wouldn’t normally make a difference for art-house docs and may be better suited to “tabloid non-fiction fare,” which he estimates could suffer the most from the Amazon policy shift.

But for many filmmakers and companies, Prime Video Direct remained a crucial platform for them to reach audiences. Karin Chien, a producer and head of dGenerate Films, which distributes contemporary independent cinema from mainland China, says the company wouldn’t have ever gotten off the ground without the service. Particularly for independent Chinese documentaries, which were shut out of local distribution, she notes, “Some of the uncensored documentaries in our catalogue can only be found on Amazon PVD.”

While most shorts filmmaker weren’t yielding sustainable revenue from PVD, according to Short of the Week co-founder Jason Sondhi, the service did provide “good optics” for emerging filmmakers. “While it’s one thing to be on YouTube or Vimeo, I think there was the perception that having your film on Amazon lends a level of seriousness,” he says.

According to the company, the change in policy at PVD came as part of a regular update to their service, based on customer viewing behavior. But some industry insiders believe it could be the result of liabilities associated with politically sensitive or controversial content. In 2019, for example, Amazon pulled several anti-vaccination documentaries from Prime Video Direct after they came to public light in an open letter by California Rep. Adam Schiff to Amazon CEO Jeff Bezos.

“If that’s the case,” says Stimler, “it’s a shame Amazon has no way of vetting legit docs released by respected indie distributors from the ones peddling misinformation.”

However, politics could have nothing to do with the decision. Since early 2018, Amazon has continued to make changes that have been less favorable to independent creators: Prime Video Direct announced it was slashing royalties for some independent content by as much as 60% in 2018, followed by another rate cut for lower-performing media in late 2019; the service also killed its Film Festival Stars program, which paid licensing fees to films that had participated in high-profile film festivals.

Not every distributor contacted, however, was as alarmed by the Amazon change. “I think it’s too early to speculate on this,” says First Run Features’ Marc Mauceri. “Obviously, we’re concerned but at the same time, we can’t imagine they will not allow the placement of legitimate non-fiction content on their platform. It’s just a question of what that process of acceptance will look like (how selective will they be) and until that’s clear, there’s no reason to go into panic mode.”

“I can’t say I’m too surprised given a lot of the twists and turns on the service over the past few years,” admits Chris Horton, who founded and directed the Sundance Institute’s Creative Distribution Initiative and is now VP Marketing & Distribution at Radiant Studios. “Still, I would have expected narrative features would have been phased out before documentaries,” he continues, “since most docs have constituent audiences to promote to.” For indie doc filmmakers who no longer have access to Prime Video Direct, Horton advises looking for distributors, such as Giant, Premiere Digital, Screen Media, or Cinedigm, “who can license directly to their own or other AVOD platforms, or license to niche SVOD platforms like Curiosity Stream” as well as seek out ways to exploit educational VOD, via Film Platform and Kanopy.