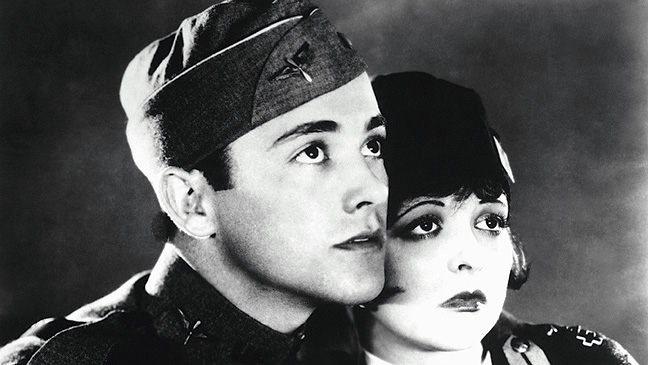 When film buffs talk about early sound horror films, they tend to associate the period with Universal and its justly famous monster movies. Yet at around the same time, Michael Curtiz directed three important horror pictures at Warner Brothers, the first two of which are far more transgressive, disturbing, and graphic than anything to come out of Universal City. Doctor X (1932), Mystery of the Wax Museum (1933), and The Walking Dead (1936) aren’t as iconic as later Curtiz classics like The Adventures of Robin Hood (1938), Casablanca (1942), and White Christmas (1954), but they’re every bit as atmospheric and immaculately mounted as the director’s prestige productions – and they’re a lot more daring. Doctor X, a murder mystery revolving around a serial killer prone to cannibalism and scientific experimentation, was made to capitalize on the success of the Universal horror flicks, but it raised the ante by eschewing the retro settings of Dracula and Frankenstein in favor of a contemporary backdrop. The result was an increased sense of immediacy reinforced by Curtiz’s bold, dynamic cutting and Ray Rennahan’s ghoulish and brash two-strip Technicolor photography, as well as some terrifying make-up effects that haven’t dated a bit. The first truly modern horror film, Doctor X is a pivotal work for all kinds of reasons: as an early look at scream queen Fay Wray, who would soon appear in The Most Dangerous Game (1932), King Kong (1933), and other seminal thrillers; as an emblematic case of kinky pre-Code audacity; and as a catalog of visual solutions to the problems posed by the cumbersome technology of the era – not just in terms of sound recording equipment but also the gigantic Technicolor cameras. Warner Archive’s extraordinary new Blu-ray release of Doctor X supplies background information on these and many other subjects courtesy of two superb audio commentaries, one by film historian Alan K. Rode and the other by head of preservation for the UCLA Film & Television Archive Scott MacQueen. The disc also contains a documentary on Curtiz’s horror work, a black-and-white version of Doctor X that was shot concurrently with the Technicolor version, and a restoration demonstration.

While Doctor X presents an example of technicians finding their way in the early days of sound, the 1927 aviation spectacle Wings represents a full realization of silent filmmaking’s potential at the very moment when the art form was about to disappear. Director William “Wild Bill” Wellman was a World War I veteran who had experienced the types of dogfights showcased in the film, and he skillfully balances the movie’s involving and effective parallel love stories with some of the most astonishing action set pieces in the history of cinema. Taking inflation as well as the assistance and resources provided by the U.S. military into account, Wings is possibly the most expensive movie ever made, and every penny is on screen – the scale of the battle sequences is awe inspiring, as are Wellman’s precise choreography in the viscerally charged scenes of aerial combat and his sense of emotional investment in the passages depicting the war’s human cost. The first film to win the Best Picture Oscar (and the only silent to take home the bald swordsman until The Artist over 80 years later), Wings has been reissued on Blu-ray as part of Paramount’s “10 Best Pictures” collection, which contains extras-laden special editions of No Country for Old Men, Terms of Endearment, and My Fair Lady, among others. The set also includes James Cameron’s 1997 blockbuster Titanic, which makes an interesting pairing with Wings – the earlier film’s shrewd blend of state-of-the-art technology, old-fashioned melodrama, and judiciously recreated period detail clearly set the template not only for Cameron but many other makers of Hollywood prestige pictures, including Gladiator and The English Patient (two more titles in the Paramount collection). Wings retains an edge over all of them, however, since most of its dazzling effects were achieved in camera with the participation of stunt pilots who were willing to risk their lives for the sake of a good shot, and actors who not only had to learn to fly but had to operate the cameras mounted in their planes while acting and flying. The escalating costs and constantly expanding schedule kept Wellman in constant danger of being fired throughout the Wings shoot, but thankfully he held onto the reins long enough to finish his intensely personal crowd pleaser.

A personal film of a different sort, writer-director James Bridges’ September 30, 1955 (1977), makes its way to Blu-ray this week from Scorpion Releasing. Nakedly autobiographical, September 30 follows an Arkansas college student and movie fanatic named Jimmy J. (Richard Thomas) who is wracked with grief over the death of his hero James Dean. Filming in the area where he grew up and drawing liberally from his own past as a dreamer trapped in prosaic surroundings, Bridges crafts an almost uncomfortably intimate portrait of longing and estrangement. Yet the greatness of the film lies in its breadth as well as its quietly subjective point of view; cinematographer Gordon Willis, who shot this picture in between All the President’s Men and Annie Hall, consistently frames the characters in simple but elegant and expressive group shots that honor multiple perspectives, and the rich supporting performances – from Deborah Benson, Dennis Quaid, Lisa Blount, Thomas Hulce, and Dennis Christopher – weave a vivid tapestry of small town life. In many ways the film makes an interesting companion piece to Peter Bogdanovich’s The Last Picture Show, though it’s ultimately far less bleak, especially since we know that the real life source for Jimmy J. would get out of Arkansas and direct some of the greatest American films of the ’70s and ’80s (The Paper Chase, The China Syndrome, Urban Cowboy, Mike’s Murder, etc.). The Scorpion Blu-ray of September 30, 1955 includes an excellent commentary track by Peter Tonguette, who has written great books on Bridges and Bogdanovich and expertly details the movie’s production history and thematic preoccupations; the film itself is an unjustly neglected entry in the post-Last Picture Show wave of coming of age period films (American Graffiti, Summer of ’42) that were omnipresent throughout the 1970s.