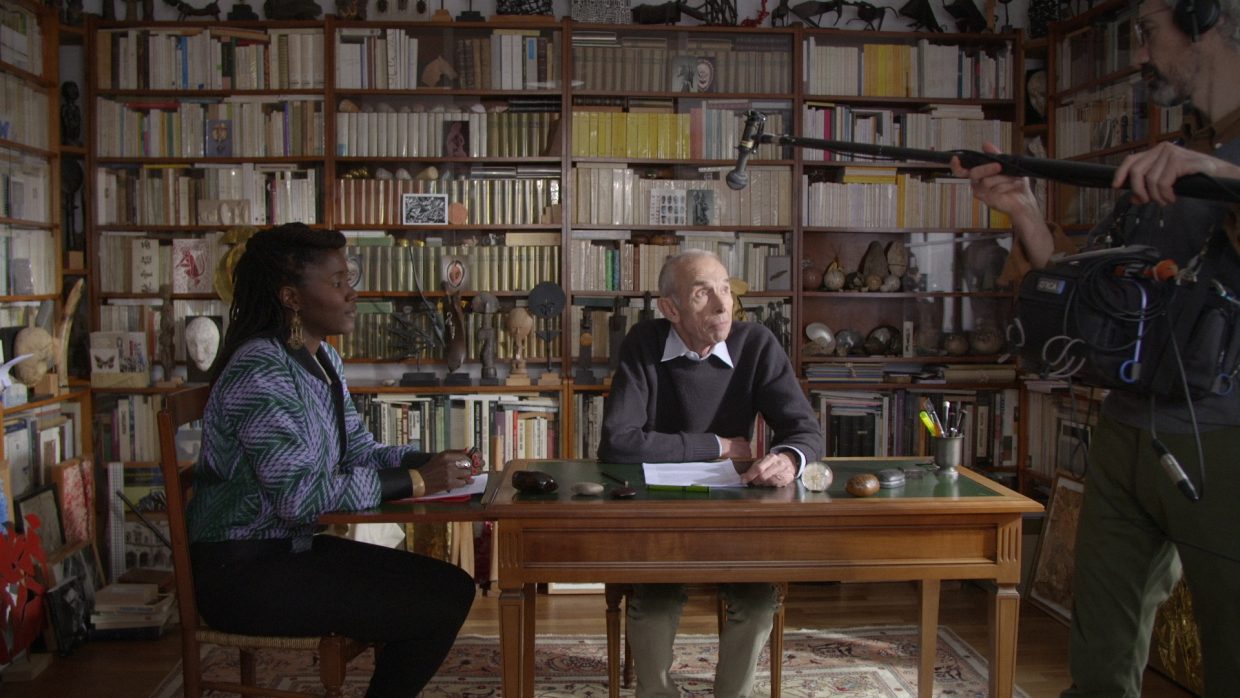 New Directors/New Films, the venerable Spring festival presented by MoMA and the Film Society of Lincoln Center, returns with a 50th anniversary edition that celebrates not only the fest’s longevity but a return to live moviegoing. The festival begins today and runs in its virtual cinema through May 8, while in-person screenings extend until May 14. The Lincoln Center screenings are limited capacity, and while there are sell-outs, tickets remain for many films, particularly the second screenings towards the end of the festival. Below are 12 recommendations from Vadim Rizov, Nelson Kim and myself (with assists from Natalia Keogan, Abby Sun and Lauren Wissot in the form of their previous Filmmaker writings).

Friends and Strangers.James Vaughan’s fresh and funny feature, a debut comedy that moves from an elliptical opening to eventual clarity seemingly effortlessly, is easy to quickly summarize as an Australian slacker comedy with a heavy secondary emphasis on real estate, but the results are more unexpected and bracing than that logline. — Vadim Rizov

We. The RER B train line, which traverses Paris and its surrounding suburbs from north to south, provides the structuring device for Alice Diop’s documentary, as we visit several locations and neighborhoods that line its route. This collection of local scenes and vignettes expands to become a cross-section of contemporary France, a country where the old ways are uneasily making room at the table for new ones. Diop weaves her own family story into the mix, giving a personal dimension to the film’s meditation on memory and history, both individual and national. — NK

Aleph. Following her Cyprus-set documentary, Evaporating Borders, Iva Radivojevic’s hypnotic second feature, and her first drama, is inspired by the writings of Jorge Luis Borges while accessing the kinds of characters, textures, moments and political realities she’s evoked in her non-fiction work. (That latter work includes not only Evaporating Borders but also her essayistic, travel-focused web series, iva asks.) Drawing from the Argentinian writer’s story of the same name, the film consists of a series of beguiling episodes that narratively handoff across the globe, and one of its great pleasures is piecing together the more subtle thematic echoes and correspondences that build throughout. — SM

Short Vacation. Hansol Seo & Kwon Min-pyo’s joint debut, directed as their graduate thesis project, follows four pre-teen Korean girls on a leisurely summer vacation assignment. The prompt—go and photograph “the end of the world”—is the catalyst for a nearly plotless day-night-day of good-natured bonding and low-key fretting about the future. — VR

Radiograph of a Family. Firouzeh Khosrovani’s documentary won Best Feature-Length Documentary as well as Best Creative Use of Archive at the 2020 IDFA Film Festival, out of which Lauren Wissot hailed the filmmaker as one of her top female filmmakers to watch in ’21. About the director’s exploration of both family history as well as the 1979 Iranian revolution, Wissot wrote, “What happens when a Western culture-embracing progressive lives side by side with a conservative devout Muslim? Whose belief system is upended? Who doubles down? Or does an uneasy stalemate simply ensue? And how enlightened is a husband who coerces his protesting wife into removing her hijab for photos? How feminist is a woman who finally finds her voice in advocating for the policies of an Ayatollah? In the hands of Khosrovani, irreconcilable differences, tensions, and unanswered questions are the ingredients for some revolutionary cinema.”

Rock Bottom Riser. After a decade-plus of experimental shorts, Fern Silva makes his feature directorial debut with this essay-film that approaches Hawaii from a variety of angles. The controversy over the construction of a large telescope on the native lands of Mauna Kea, a dubstep-ish music video of Hawaiaans blowing smoke rings at a vape store and spectacular overhead helicopter shots of lava are among the disparate highlights of this capaciously structured work. — VR

El Planeta. Artist Amalia Ulman, whose appearances in her own visual and performance art, including her Instagram series Excellences and Perfections, speak to the ways in which identity, gender and class are roles shaped and exchanged through social media interaction, makes a supremely confident and winning feature film debut with El Planeta. Set in Spain’s seaside town of Gijón, Ulman stars alongside her real mother in a droll comedy about the durability of aspiration. About this tale of an increasingly impoverished mother and daughter striving to hold onto the trappings of their former, richer life, Abby Sun wrote for Filmmaker, “There’s a veritable sub-genre of indie films about social climbing, wannabe creative-class young women. Most elide the particulars of material comforts (and impoverishment), floating high above the humiliations of the cultural prestige economy; gloriously, and humorously, El Planeta exists on an earthly plane with a real sense of place…. This film has stayed with me over several days, and with each passing, it’s become the fest’s clear standout.” — SM

Apples. A middle-aged Greek man wakes up one day with his memory wiped clean. He’s not alone: a mysterious pandemic of amnesia is spreading uncontrollably across the world. This may sound like the starting point of a timely dystopian thriller, but Christos Nikou’s debut feature is a gentle, soulful drama tinged with melancholy and flashes of offbeat humor, along with a subtly deployed surprise revelation that puts the entire story in a new light. — Nelson Kim

We’re All Going to the World’s Fair. One of the real hits of the 2021 Sundance Film Festival, We’re All Going to the World’s Fair, written and directed by Jane Schoenbrun (whose “Continue Watching” column ran at Filmmaker from 2016 – 2018) is a film dealing with intimacy, loneliness, and the emotional spaces that internet culture opens and closes. Wrote Natalia Keogan out of Sundance, “We’re All Going to the World’s Fair gleefully dredges horrifying images from the murky depths just below, but refuses to languish there. The infinite chasm of the internet—with dark corners housing weird, lonely people thirsting to find genuine connection—is less a subject of critique than it is a deeper, more lugubrious exploration of online life, complete with the mundanities of infinite scrolling and auto-play features. Yet there is no interest in guiding viewers through the intricacies of these interactions. On the contrary, the film wants to interact with the viewer, burrowing itself deep inside the body—perhaps leaving a few remnants of out-of-place carnie refuse in its wake.” — SM

Pebbles. An angry drunk sets off on foot with his son to retrieve his wife, who ran away to escape his abusive behavior. P.S. Vinothraj’s first feature, winner of the top honor at the Rotterdam International Film Festival, takes place under the wide-open skies and blistering sunlight of rural Tamil Nadu, but it has the unrelenting intensity of a classic film noir. — NK

All Light Everywhere. Theo Anthony’s feature follow-up to his acclaimed Rat Film , and winner of a Special Jury prize for experimentation at the 2021 Sundance Film Festival, All Light Everywhere advances through the history of photography to arrive (as I tweeted at the time) at the offices of two companies profiting from surveillance and police body cam use and who form a kind of neoliberal image factory in which camera, editing, metadata and (soon) AI reflexively create and ratify oppressive, racist narratives. — SM