“To Cut Through the Stigma of Wuhan Being This ‘Virus City’ : Yung Chang on His Hot Docs-Premiering Wuhan Wuhan 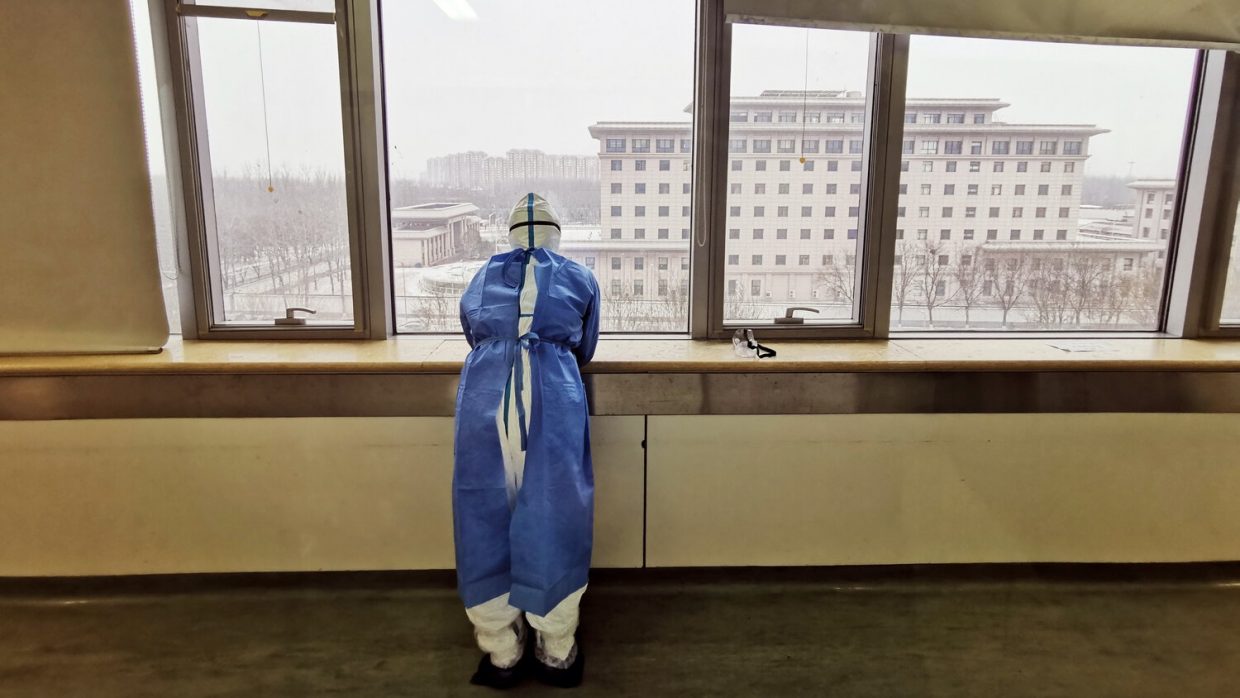 by Lauren Wissot
in Directors, Interviews
on Apr 29, 2021

China Heavyweight, Documentary, Hot Docs, This Is Not a Movie, up the yangtze, Wuhan Wuhan, yung chang

I last interviewed Yung Chang (Up the Yangtze, China Heavyweight) before the TIFF premiere of 2019’s This Is Not a Movie, which follows the uncompromising humanitarian war correspondent Robert Fisk (who died just this past October) on his eternal mission to give the lie to bothsidesism. And while Chang’s latest doc Wuhan Wuhan – an on-the-ground account of life during lockdown from the perspective of several brave and traumatized frontline workers – might seem a breaking news departure, it’s actually very much in line with the multiple award-winning filmmaker’s character-first approach. Whether tackling issues of capitalist exploitation, controversial righteous journalism, or the birth of a global pandemic, it’s the people Chang frames in painterly detail that always take centerstage.

Filmmaker was able to catch up with the Canadian director prior to a Toronto debut once again — the world premiere of Wuhan Wuhan at this year’s virtual Hot Docs (April 29-May 9).

Filmmaker: Can you talk a bit about how this film came about? How did you even gain access to your characters?

Chang: Starlight Media, the American studio behind the documentary, contacted me to see if I wanted to envision a film from 300 hours of footage they’d acquired. It had been shot by a crew of 30 locked down in Wuhan, the epicenter of the coronavirus, during the peak of the pandemic in February 2020. I initially watched 10 hours of raw footage and was blown away by the access and intimacy the filmmakers had with their subjects – a cross section of frontline healthcare workers, essential workers, and patients in the city.

In a way, it reminded me of how I myself would’ve approached the filmmaking if I could’ve been on location — a cinematic observational style. That the studio and the crew wanted me to see this film through to completion I took as a great responsibility, and I am grateful that they entrusted me with interpreting and piecing together such emotional footage.

Filmmaker: I read that counteracting anti-Asian racism was one of your strongest motivations for making this film. So how did working with a nearly all-Asian team play a part in pursuing this goal?

Chang: A week before I got the call to make this film, on March 31st 2020, my daughter and I experienced an anti-Asian racist incident in our Toronto west end neighborhood. I channeled the anger and confusion around this incident into the film, by trying to humanize as much as possible the people of Wuhan city. At the same time, the former US president was throwing around “kung flu” and “China virus.” I think my editing team – all of Chinese descent and based in Los Angeles — felt very driven to cut through the bullshit, to tell this story as emotionally humanistic as possible. To cut through the stigma of Wuhan being this “virus city” and show the human faces and heartbeat of this beautiful place. Chinese people aren’t a monolith – they are individuals with the same emotions as everyone else! They cry, they laugh, they feel pain and anger – all of which we see through our characters in the film.

Wuhan city is not a backwards village with a wet market; it’s a thriving cultural hub, home to performance artists and a crazy punk music scene. In fact, the music in the film was composed by Wuhan band Hualun. They were one of the early punk bands in China, and had composed the music for one of my favorite fiction films, An Elephant Sitting Still. I’m so happy they agreed to compose the music for a film about their hometown.

We even found a Wuhanese calligrapher who wrote the Chinese characters for our main title. I think there was this collective drive – especially during the early days of the pandemic in North America – for us to make a film that wasn’t about politics and divisiveness, but to show our shared humanity. Everyone in the world was going through what the Wuhanese were experiencing. There’s this quote that we used as our theme:

We are from different lands and are separated by mountains and waters.
Yet above us, we share the same sky and the same feelings.
——Nagaya no Kimi, 7th Century

It’s just inherently within me to approach from a place of empathy — like with my first feature doc Up the Yangtze, and through to This is Not a Movie. In fact, I take to heart the protagonist of the latter’s approach to journalism: “To report on the side of those who suffer.” Robert Fisk also often said, “You can’t learn about a country or place unless you actually go there, on the ground, and witness it with your own eyes.” I suppose this is sort of the approach for Wuhan Wuhan, and this perspective was what my team channeled into the making of the film.

Filmmaker: I watched Hao Wu and Weixi Chen’s (along with another anonymous director’s) 76 Days not too long before I saw Wuhan Wuhan. I was surprised by the extent to which your different filmmaking approaches really complement each other, with Wuhan Wuhan being an in-depth character study and 76 Days pure cinéma-vérité. Were you aware during production of other filmmakers rushing in to capture this important story? Did you fear a flood of coronavirus-related docs would clog the market?

Chang: We knew that the other film was out there, and we felt that both films could co-exist. As you mentioned, our films are complementary. This pandemic is global and it impacted everyone, so there were going to be many films about this time and this situation across the globe. Our hope rested with this opportunity to document events for future generations to look back upon.

And now, I also hope, we have films to remind us of what to do and what not to do. Ironically, I also completed a short documentary with my partner Annie Katsura Rollins called Pandemic19, told through the video diaries of American frontline doctors. I think there’s a running theme – even though politics may get in the way, it’s the human spirit that forged ahead to battle this horrible virus.

Filmmaker: So what are the biggest challenges when it comes to shooting in China – and how do you navigate them? Will the film even be allowed to screen in Wuhan?

Chang: There’s a lot of bureaucracy when making a film in China, but Chinese independent filmmakers have really figured out how to navigate this. It’s a one foot in, one foot out situation. I have the utmost admiration for my Chinese peers who pursue an almost dogmatic purity in their approach to filmmaking. In China, independent filmmakers hold the meaning of truth very close to their hearts.

I think our film is not politically sensitive. We really approached everything from a humanistic point of view. As a result I think our film has the potential to screen in China.

Filmmaker: You’re currently at work on your first narrative feature, so I’m curious to hear how the transition to fiction filmmaking is going. Why did you decide to write a neo-noir romance in the first place?

Chang: For me, the leap from documentary to fiction isn’t so difficult. It’s all narrative storytelling. I studied theater at the Neighborhood Playhouse in NYC. I love actors. I think my foundation in documentary filmmaking has been vital in my transition to fiction because it teaches you to be adaptive and interpretative in the moment, and not to be too precious. You capture what you can and move on.

I was nervous in the beginning as I developed Eggplant, this first fictional project, at the Sundance Institute Screenwriting and Directing Labs. But that unbelievable boot camp really helped to solidify my confidence that a strong sense of story and a sensitivity to character is fluid between genres.

Eggplant is a neo-noir romance that comes from a combination of loosely based personal experiences and social commentary. China is a perfect place to play within this genre, much like post-war America, where urban modernity exploded and cities were in flux, with lost souls driven by misguided dreams. I’m interested in an anti-femme fatale protagonist who realizes she’s in too deep with her grift and wants to get out.

I’ve been into early gritty Chinese films like Xiaowu: Artisan Pickpocket, So Close to Paradise, Blind Shaft; and now to the explosion of contemporary Chinese noir like Black Coal, Thin Ice, Wild Goose Lake, Angels Wear White, and Touch of Sin. These films aren’t so far from some of my favorite classic American film noirs – Laura, Detour, Kiss Me Deadly, Gilda and They Live By Night. I really can’t wait to make this film. It’s been a long time coming, and I do hope to get it out in the next couple years.