“We Decided to Make a Film in Which We Would Overcome the Narrative of Our Own Preconceptions”: Renato Borrayo Serrano on His CPH:DOX/Hot Docs Co-Debut Life of Ivanna 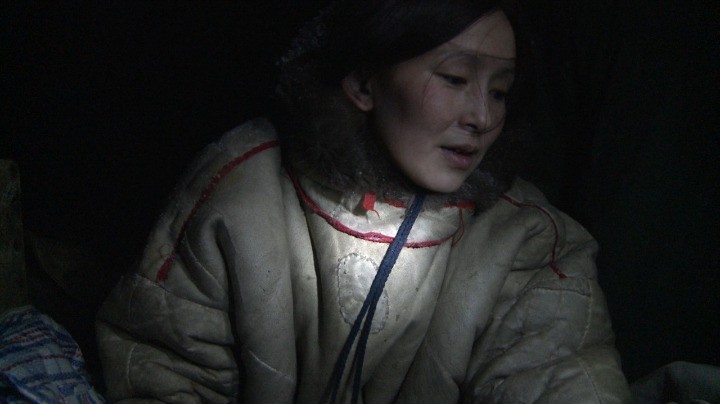 by Lauren Wissot
in Directors, Interviews
on May 13, 2021

World-premiering at the hybrid CPH:DOX (April 21-May 12), and co-presented with the all-digital Hot Docs (April 29-May 9), Life of Ivanna is one preconceived-notion-upending film. The story of an Arctic woman struggling to raise five young children as her often abusive husband spends more time drinking than working is a situation sure to strike concern in the hearts of many — alhough the chain-smoking, no-nonsense protagonist at the heart of this particular tale would likely scoff at anyone’s condescending sympathies. Indeed, with steely will the titular, tough-as-nails member of the Nenets of the tundra is able to stare down whiteouts and subzero temperatures inside a single-room, reindeer-drawn dwelling (as hubby attempts to make ends meet at a gas plant back in the city). And she does so with a quintet of hyperactive kiddies in tow.

And capturing four years in this unlikely feminist’s extraordinary world is the likewise intrepid Renato Borrayo Serrano. A Guatemalan residing in Russia, the globetrotting director found time to give Filmmaker the scoop on both Life of Ivanna and his own rather uncharacteristic backstory soon after the film’s Hot Docs premiere.

Filmmaker: Though you live in Russia you were born in Guatemala, which strikes me as a bit of a culture clash. Can you let us in on your background and also perhaps on how it informs your choice of subject matter or how you approach your filmmaking?

Serrano: Originally I came from Guatemala but have lived, studied and worked in film in Moscow since 2011. During my first years here I kept thinking about where the wealth, overwhelmingly displayed in the city, comes from. It’s not produced here. Following the pipelines where the gas is transported to the Russian metropolis and sold to warm most European cities leads to the Russian arctic. Many pipelines go to the Taymir Peninsula in the north of Siberia, which is one of the richest gas and oil extraction sources for the Russian economy. This is the homeland of the Nenets people that dwell in the tundra.

I first came to Taymyr in 2013, invited by an organization of artists, to help lead a documentary workshop with my wife Daria Sidorova, who co-wrote and co-DP’d the film. She was born in Taymyr, in the same hospital and in the same year as Ivanna. We planned to see the place where Daria was born and raised and to meet the people. Once there we decided to look for stories from residents our own age. Then, with a strong feeling that we couldn’t fully understand, we felt this necessity to stay longer.

The Taymyr Peninsula is more like an island, a place that has no physical connection with the “mainland” other than atomic icebreakers in the winter, boats in the summer and planes. And of course, the pipelines transporting gas. This dislocated zone is deeply connected to the heavy industry that is fundamental to the Russian economy. But it’s an arctic territory about which little is known or talked about within the country. It is in fact an “object of strategic importance,” where foreigners are not allowed to enter without special permission from the authorities.

We met with many people that had left tundra communities to migrate to the port city of Dudinka — a movement like that of the natural gas. Many young people from nomadic communities in the tundra also relocated to towns and cities, abandoning their homelands and drastically changing their lives for a new start. The feelings and reflections that they shared with us resonated with my experience of immigration.

Still, I found myself romanticizing life in the tundra. And sort of judging [its residents]. They bore this responsibility for the disappearance of a way of life, one that cannot survive with them living in the cities. At that point I was really captive to a colonial viewpoint. On the surface I empathized with those subject to forced displacement by the decay of the social tissue and of the ecological environment, but I still expected resistance, as if they should be a sort of living museum exhibit of a way of life.

We became aware of this approach to “them,” this othering approach, and we were looking for a way of questioning it. We started to seek to address the complexity of this process without simplifying, without illustrating our presumptions – to create a piece that would question these narratives, born from our view’s encounter with reality. We started looking for people in the process of emigrating to the city that would like to share their stories with us. So much of their feelings really resonated with us, and we became aware that there is a story to tell about the whole of Russian society – stories about both resistance and dislocation. Yet we were still questioning whether our view was the one that needed to speak on this. At that point we were still unsure as to the answer.

Filmmaker: But how did you even meet Ivanna and then gain her trust to the extent that she let you film her and her kids for four years?

Serrano: We had heard about Ivanna, this woman living alone in the tundra doing the work traditionally done by men, but who also bears the work traditionally done by women. (Life in the tundra depends heavily on a division of labor based on gender for the survival of the family. Men look after the reindeer while women take care of the household and raise the kids.) However, we didn’t intend to meet her. We met her casually by chance while she was in the city for a couple of days to buy some products. We were just very lucky.

In that very first encounter she told us that she’d decided to emigrate to the city because she hadn’t enough reindeer to sustain her family. And also that she’d long wanted to try another way of life. Immediately Ivanna made us understand that any of our judgments were based on an incomprehension of her feelings. This was a decisive moment because Ivanna knew very clearly what she wanted. And she openly demonstrated her willingness to share her story – wanting us to accompany her. “A story about my feelings while I change my life.” Those words struck us because of their clarity and consciousness.

So we decided to make a film in which we would overcome the narrative of our own preconceptions — constructing a sensorial experience through film that helps us and the viewer feel, and to bring those feelings to the forefront. From this point on the aesthetics of the film were defined. We would accompany her in intimacy, without imposing a reflection or ideas, with curiosity and passion for the character; letting the feelings arise from the reality and taking the time that was needed to tell a story based on Ivanna without judgment. It was clear that these are not feelings that can easily be put into words. They become sensorial only in the intimacy of action, of Ivanna living her life.

This is why we decided to work only handheld. This makes evident the presence of a witness, and the responsibility of this presence. We didn’t want to explain more than was necessary in order to feel Ivanna´s struggle. We decided that through this intimacy any context would reveal itself with due strength.

Filmmaker: Yes, I was really struck by the omnipresence of the camera, almost as if it were another member of the family. What cameras were you working with, and how exactly did you manage to get footage from inside the tiny claustrophobic caravan?

Serrano: The strength of the images and the intimacy of the scenes is not a matter of which cameras are used. It’s a matter of the relationship of trust created with the characters. We decided to work only with a handheld camera, and the characters of the film were always aware that we were there to make a film, to tell a story. We’re convinced that a hidden camera is unethical and totally opposed to what we wanted to do — to create a sensorial experience in which our view and our presence is felt and evident. This is the magic of documentary. When I see a film I am both observing the people in the shot and the people that are telling the story, shooting, and editing. If the film is “good” I feel empathy for both. I don’t feel voyeuristic.

Filmmaker: Life of Ivanna includes a few distressing scenes with your protagonist and her husband, who unhappily works in the fossil fuel industry to make ends meet and turns to alcohol for solace. This is a fate mirrored by so many indigenous people around the globe that it’s practically a cliche. So as an outsider how did you ensure against furthering historical exploitation?

Serrano: As I’ve said, this film is born out of our passion for Ivanna´s strength and her willingness to share her story and feelings. It was never of consequence to any of us if this might be considered a cliche. We can only fight historical exploitation by maintaining this horizontal relationship in our work – and not forcing into the character the necessity to entertain someone who might think that this story is a cliche. If a person like Ivanna exists and wants to share her story in a film, this film must be done with a responsibility to depict her feelings — as well as embracing the complexity of reality with honesty. This is the story that must be told.

Filmmaker: So how does Ivanna feel about the film and its current festival run? Does she expect it to change her life (no pun intended) in any way?

Serrano: Ivanna never expected this film to change her life, though she is very curious about the reaction from audiences. (At the beginning of the year we planned to travel together for the premiere of the film, but had to stay home for obvious reasons.) She continues to live her life with passion and intensity. It’s natural for people like her to want to share their stories not for feedback, but because of the necessity of telling stories.

The liberating power mostly consists in the awareness that when you tell a story you are not alone, that others might feel the same. And in the long run this makes us change – might even give birth to actions based on a deeper consciousness, on more complex reflections. Both for us and for society. Of course, on a personal level this shared process changed our lives. It encouraged all of us to be braver.