“There is a Particular Way Young People from the Caribbean Diaspora Speak to Their Parents and Interact with Family…”: Mandy Marcus on Her Student Short Film Showcase Short, Cousins 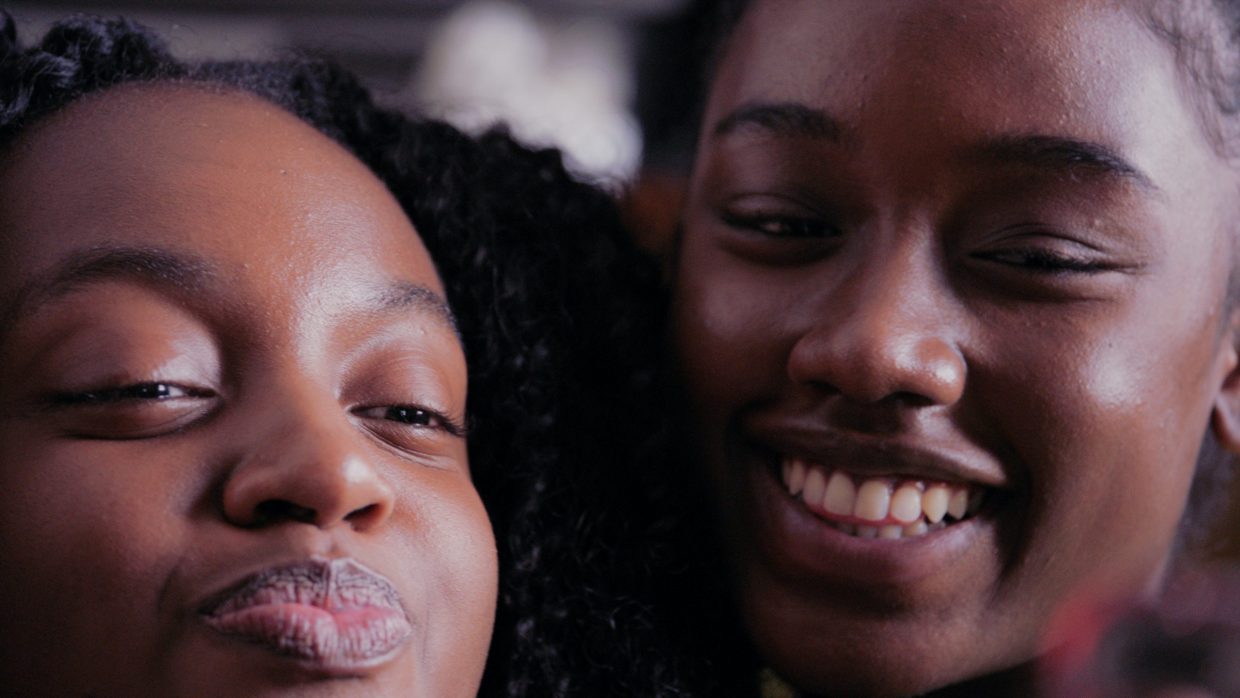 A Brooklyn teen and her Guyanaese cousin, who has traveled to New York for an uncle’s funeral, spend a day together before the wake, an afternoon that arcs from a gentle hang to a more complex articulation of vulnerability and friendship. Mandy Marcus’s incredibly assured and beautifully directed short, Cousins, is confident in its clear-eyed realism. It allows its story to unfold as we observe the girls’ subtly redefine their relationship, with moods and textures shifting as the day moves from afternoon to night and the excellent soundtrack pulses with cues from Sudan Archives and Carlton and the Shoes, among others.

Marcus is a Guyanese-Amerian writer/director who received a BA in Media Studies from Pomona College and an MFA in Directing from The Feirstein Graduate School of Cinema at Brooklyn College. Cousins is one of five winners of the 2020-21 Student Short Film Showcase, a collaborative program from The Gotham, Focus Features, Jet Blue and the Westridge Foundation, currently available for viewing via Focus Features’s YouTube channel as well as in the air, on Jet Blue’s in-flight entertainment system. Below, Marcus talks about the importance of casting actors who had a strong connection to Caribbean culture, drawing upon improvisation in the rehearsal process and her advice to incoming film students making short films.

Filmmaker: First, tell me what inspired the short and the characters?

Marcus: I knew I wanted to make a short centered around the Caribbean-American family, where some of the younger generation is US-born, some immigrated in their childhood or teen years, and some live “back home” but visit the US for weddings and funerals. My family is like this; I have Canadian and British cousins as well. I didn’t realize until late in childhood that not every family has this expansive diaspora going on, so I wanted to represent that in a film. The characters are some combination of memories from my teen years, my younger cousins and teen girls that I’ve observed while taking the bus through Brooklyn in the mornings.

Filmmaker: Your story compresses a great deal of character detail into a story taking place in a short period of time, and much of that detail is gleaned observationally, by watching the behavior of the two young cousins and the way they interact with each other. Tell me about casting and working with your actresses. What was important for them to know about your directing approach, and what drew you to them?

Marcus: At first I wanted to cast my actual cousins Denessa and Lilly, but that didn’t end up working out. It was important to me that both of the actresses have a Caribbean background or a strong connection to Caribbean culture. There is a particular way young people from the Caribbean diaspora speak to their parents and interact with family. There is code switching taking place that would be hard to explain to an actor who had not experienced it first-hand, and that level of authenticity was necessary. My producer, Elise Shin, reached out to Caribbean organizations to advertise our group auditions, and we made it clear in the casting notice that actresses without experience were welcome but there would be a strong preference for actresses with a Caribbean background. I worked with Noelle Gentile, an amazing acting coach, to come up with a series of exercises to test for chemistry, dancing abilities and how the kids read on camera.

From the first group audition Victoria Alcala (Vanessa) and Mickaela Ewen-Forrester (Nikki) had great chemistry in the group exercises, especially the dance one. In the second half of the group auditions I paired the actresses based on how they had performed in the group activities and had them improv around scenes that could be in the script but aren’t. Then we talked about their families and some of the themes in the film.

Coming out of two rounds of auditions I felt total confidence that Victoria and Mickaela would work. They had great chemistry and captured the essence of the characters in their improvisation. The first couple of rehearsals were about getting to know each other and still using improv, not the actual script, to go deeper with the characters and their relationship. They are both amazing dancers, so one rehearsal was just finding a couple of dances that they could move between at the waterfront scene. Later on we went through the script together and found comps from their lives for the most important interactions in the film. We rehearsed the actual lines in the script a little bit, but most of the line memorization they did as homework. The comps were super useful on set as a shorthand while directing the actors. Because we did all the improv in rehearsal there is almost no improv in the actual film; it’s all directly from the script. All the adults in the film are non-actors by design, many are related to me, haha.

Filmmaker: What were the challenges of the New York location shooting?

Marcus: Shooting in New York isn’t too bad, or maybe I’m just used to it because I went to film school here. The greatest challenge was keeping the light consistent in exterior shots — lots of waiting for clouds to pass.

My DP, Rikki Porter, and I loved the look of the Bed-Stuy bodega location, but we knew we wouldn’t be able to light it with our budget. I designed the scene to be shot in long takes with the camera panning between characters, so Rikki needed to be able to move the camera 360 without catching lighting equipment in frame. The Alexa LF is a brilliant camera, and the footage looked great regardless, but the mixed light made grading a little complicated, especially because we have three different skin tones in that scene. My colorist Oskar Miarka (he is a senior colorist at IndieCollect and did the color for the 2020 restoration of Cane River) is incredible and has worked with Black and Brown skin tones before so he did his magic and made it all work.

Filmmaker: You’ve attended school on the West Coast, at Pomona, on the East Coast, at Feirstein, and in Australia. Tell me about the progression of your education, and what led to the different choices of schools? And how has your film school education impacted your current and future work?

Marcus: I’ve always been interested in film, I wrote scripts in high school and made little short films, but for many years I never looked directly at the idea of being a director. I was always kind of looking at it from the corner of my eye without acknowledging that this is what I was doing. The result was that I did media studies at Pomona, which is a Choose Your Own Adventure interdisciplinary degree. I took a lot of film history classes, the most impactful of which were Third World Cinema and Decolonization on film, both taught by Ntongela Masilela. I designed an independent study on cult film and punk cinema. I studied abroad at University of Melbourne, where I studied experimental film. The arts program there is tiny, so I ended up in an MFA level course with everyone from performance artists to landscape architects — it was a very chaotic experience. Academically, I learned almost nothing, but I was the only student working with physical film so I got the lab and all the film to myself. I spent a lot of time walking around Melbourne alone with a little Super8 camera, snooping on people’s lives and filming the city. When I started grad school my short ideas were almost all political allegories and pretty experimental because of my previous education and time in the music industry. It was challenging to enter grad school without an academic foundation in narrative filmmaking. I found a good middle ground over the three years through discovering new filmmakers, learning from my cohort and professors, and the process of actually editing footage into a cohesive film. I also began to value different things, most importantly emotional resonance and character relationships.

Marcus: Cousins is a coming-of-age drama but I’ve also made horror, near-future sci-fi and a surreal drama. The process of making these films has taught me how to be intentional about performance, both in casting and the performance style. Similarly you need to know the precise tone of your film and be able to communicate it to your collaborators in an effective way. If the tone is inconsistent the audience will sense it immediately and react badly. I think this is especially true of short films.