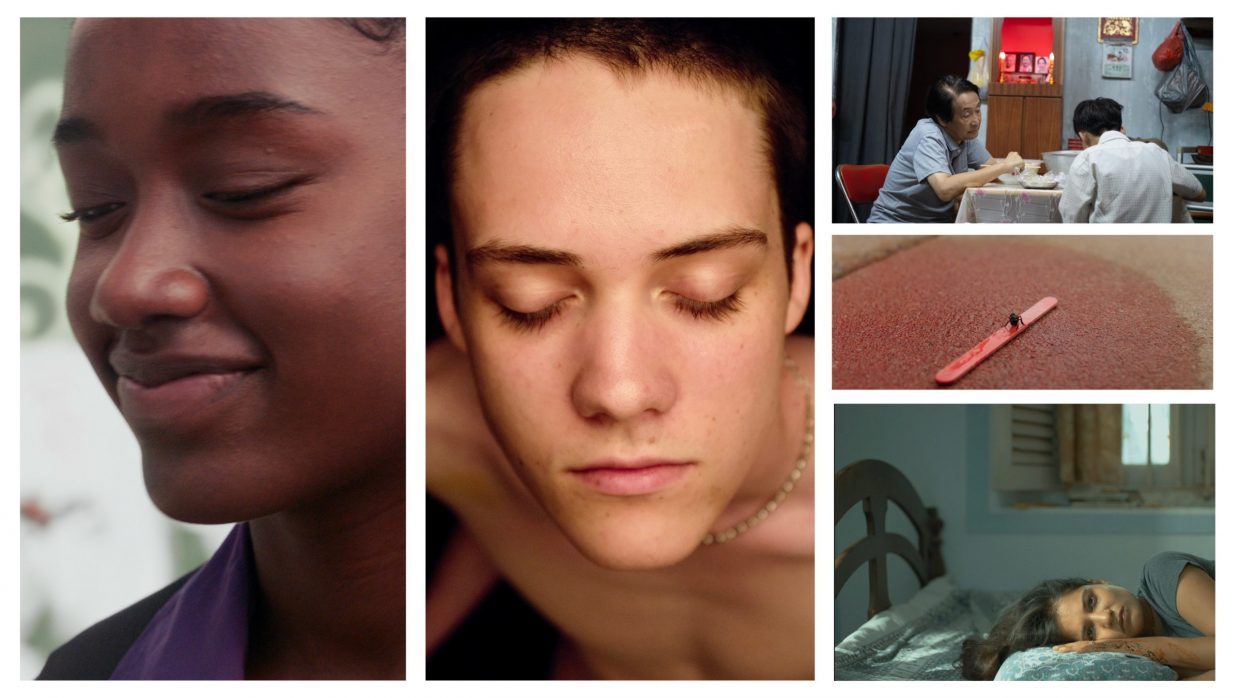 Four winners of the 2020-21 Student Short Film Showcase award, a collaboration between The Gotham, Focus Features, Jet Blue and the Westridge Foundation, are now streaming on Focus Features’s digital platforms as well as in the air on JetBlue’s inflight entertainment systems.

The films were chosen from the submissions of 16 film schools and represent a real diversity of subject matter and storytelling styles. In Edward Hancox’s (University of Texas, Austin) cleverly conceived and sharply acted Things That Happen in the Bathroom, a bathroom, typically a place of privacy and solitude, becomes the site of complicated relationship dynamics between a young man and his new hookup. Emotionally affecting and with astonishing visual style, No Law, No Heaven is a decades-spanning drama about love and regret by Kristi Hoi (University of California Los Angeles) set within Hong Kong’s Kowloon Walled City. Set largely during one day on the streets of New York City, the sharply observant Cousins, by Mandy Marcus (Brooklyn College) is a strong and subtle tale of two cousins from a Caribbean-American family experiencing the dynamics of each other’s lives in the afternoon following a family funeral. From Temple University and set amidst one hot suburban summer, Molly Sorensen’s skillful and wonderfully acted Mud & Honey is about the friendship and repressed romance between two teenage girls on the edge of a major decision. A fifth winning film, Anita, by Sushma Khadepaun (Columbia University), will screen at a later date.

About the program, now in its second year, The Gotham Executive Director Jeffrey Sharp said in a press release, “We are thrilled, not only by the high quality stories coming from daring and innovative students, but by the strong partnership we found for a second year with Focus Features and JetBlue, and for the first time with the Westridge Foundation. The Gotham exists to champion underrepresented voices and this program does just that in bringing together forward thinking creators and industry partners.”

Commented Focus Features Chairman Peter Kujawski, “We’re beyond thrilled to be partnering with The Gotham, JetBlue, and the Westridge Foundation on this incredibly innovative partnership to support these vital, emerging and diverse filmmakers.”

“As the only US airline with seatback screens at every seat, JetBlue understands the importance of delivering a superior inflight entertainment experience,” added JetBlue VP of Marketing, Elizabeth Windram. “By utilizing our seatback screens as a discovery platform, our customers have the option to watch everything from the latest blockbusters, up-and-coming student filmmakers, and everything in between. JetBlue has been a longstanding supporter of the arts, especially within our own backyard of New York, and is excited to be partnering with The Gotham, Focus Features, and the Westridge Foundation to help pave the way for the next generation of student filmmakers.”

“The quality of the submitted projects was incredibly high – these are stories that represent the type of incredible voice and value many people may not think of with student films,” said Shelby Rachleff, Westridge Foundation’s Program Manager. “These filmmakers are going to continue making bold and original work, and we are thrilled to be able to support them in this way at the beginning of their careers.”

Over the next several days, Filmmaker will be running short interviews with the makers of the four shorts currently screening. Check back each day for another interview.