“We had no bulletproof vests, no armored jeep, just our smiles and good nature”: Mohammed Abugeth and Daniel Carsenty on their TIFF-Debuting Doc The Devil’s Drivers 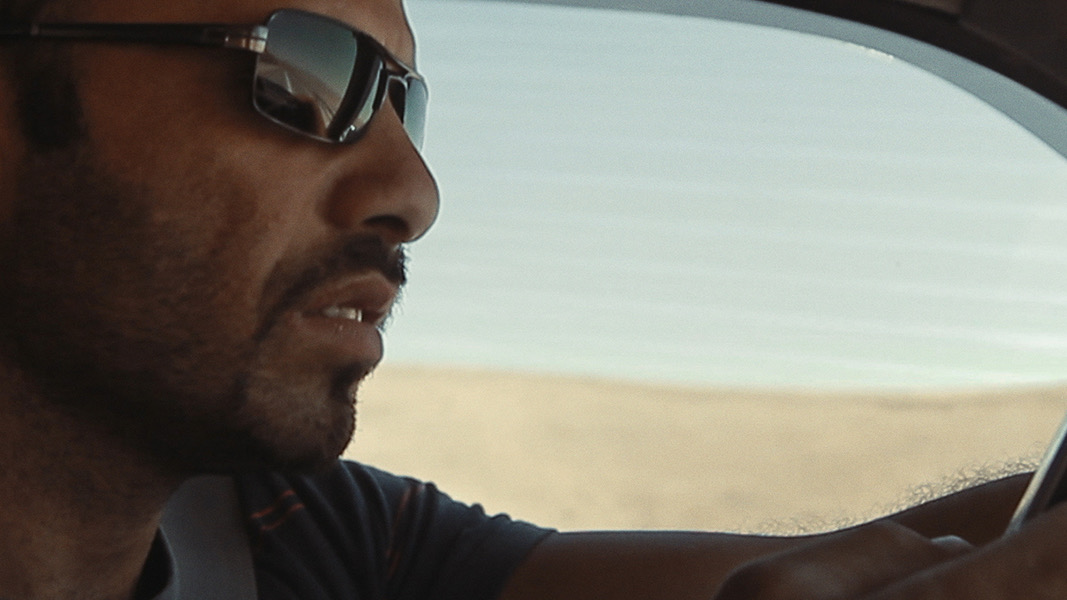 Filmed over the course of nearly a decade The Devil’s Drivers is a modern-day “1970s car chase thriller” shot mainly from inside the weathered vehicles of human traffickers. But in Mohammed Abugeth and Daniel Carsenty’s edge-of-your-seat feature these daredevil smugglers prove a far cry from any Hollywood baddie. Zooming through the West Bank desert on their lawbreaking quest to transport desperate Palestinian workers across the border into Israel, the Bedouin drivers bravely dodge occupying forces day in and day out, risking serious jail time for a pittance. Bonded with their cargo in economic need, in the desire just to feed families and to simply survive, choosing illegality in the face of immorality, however, is really no devil’s bargain at all.

Filmmaker reached out to Berlin-based Abugeth and LA-based Carsenty, both TV journalists who’ve worked for Arte among other European media outlets, to discuss the long and winding road to their harrowing TIFF world premiere (September 12).

Filmmaker: So how did this nail-biting project come about in the first place?

Abugeth and Carsenty: It was very accidental. We had met at a coffee machine at the German film university (where Daniel had been studying) and decided to shoot a film together. Once we discovered the village of Jenba on the border between Israel and the Palestinian territories we saw the story of these smugglers, and a bigger reason to make cinema: Live free for a moment, but risk a life in prison. What are you willing to pay for your freedom?

As filmmakers we don’t believe in providing correct answers, we believe in asking the right questions. And by doing so challenge our audience to make up their own minds, and to discover their own individual truths.

Filmmaker: How did you choose which characters to film? And why did the drivers even agree to go on camera, given they were involved in illegal activity?

Abugeth and Carsenty: We chose to work with Hamouda as our main protagonist because of his charisma and his radiance. He’s loved by his community, an active protagonist in the language of dramaturgy. We were strongly impressed with his philosophy of resilience, and his courage to never let go no matter how difficult the circumstances.

We believe the characters agreed to let us film them because they know that each day in their life could be their last. But this film will stay forever; it will serve as a testimony, give a voice to the voiceless.

And the statute of limitations for smuggling is three years. We filmed the drivers along the border for the last time in 2017. This might not be a safety guarantee, but we believe that in the worst case it will serve as a protection.

Filmmaker: You tellingly include a scene in which a driver points out that Israeli forces didn’t intrusively search his car because they wanted to make a good impression on a foreign film crew. So how did your presence alter these high-stakes situations you were filming, for better or worse?

Abugeth and Carsenty: We really tried never to leave the perspective of the insider camera. Tellingly, there are very few long shots in this film. We worked from within the community, and our only protection was the love and support we received back. We had no bulletproof vests, no armored jeep, just our smiles and good nature.

Sometimes really dangerous things happened on the day before we arrived, and yes, this could have made our film even more dramatic. At the end of the day, though, this film is not about pulling off the most riskiest stunt, but about telling a deeply emotional story in a compassionate way.

Filmmaker: The doc has been described as a “1970s car chase thriller,” and indeed the filmmaking, especially the tense score and jarring editing, is quite striking. Can you discuss the film’s aesthetic, and perhaps also your cinematic influences?

Abugeth and Carsenty: When we set out to shoot this film we were strongly influenced by the documentary work of Hubert Sauper and the fiction work of Nicolas Winding Refn. Daniel (who besides directing the film did the cinematography too) created this intense style of visual storytelling by concentrating less on the physical action and more on the emotional state of mind the characters were in. Even though this story takes place in the desert it is shot like a chamber play. The camera is addicted to discovering what happens in the minds and hearts of the characters while they’re going through some of the most dangerous situations imaginable.

Filmmaker: The film really brought home the fact that Israeli policy seems to be one of slowly driving (no pun intended) Palestinians crazy by a thousand stops. Which ultimately redounds on the Israelis as they themselves are driven to paranoia, seeing terrorists behind every car wheel or house door. That said, I’m not sure I see a way out of this cycle of insanity. Are you hoping to create a specific impact with the film?

Abugeth and Carsenty: We believe this film is at its core not a piece of political cinema but a deeply emotional, character-driven observation about a man and his family living on the edge. We want our audience to develop an understanding of the mental and physical price people are paying for living in a state of constant conflict.

We also believe this understanding will create an awareness for change. After 30 years of big plans and no results, it’s time for a new generation to step up and stop playing the blame game of the elders. It’s time for people to understand that as long as people fight against each other everyone loses. Only on the day we are able to understand what connects us and what we have in common will we be able to imagine the end to a seemingly unsolvable conflict.