“How can you be sure that everybody who had a K-15 in their hands was someone truly evil?”: Gian Cassini on his TIFF-Premiering Doc Comala 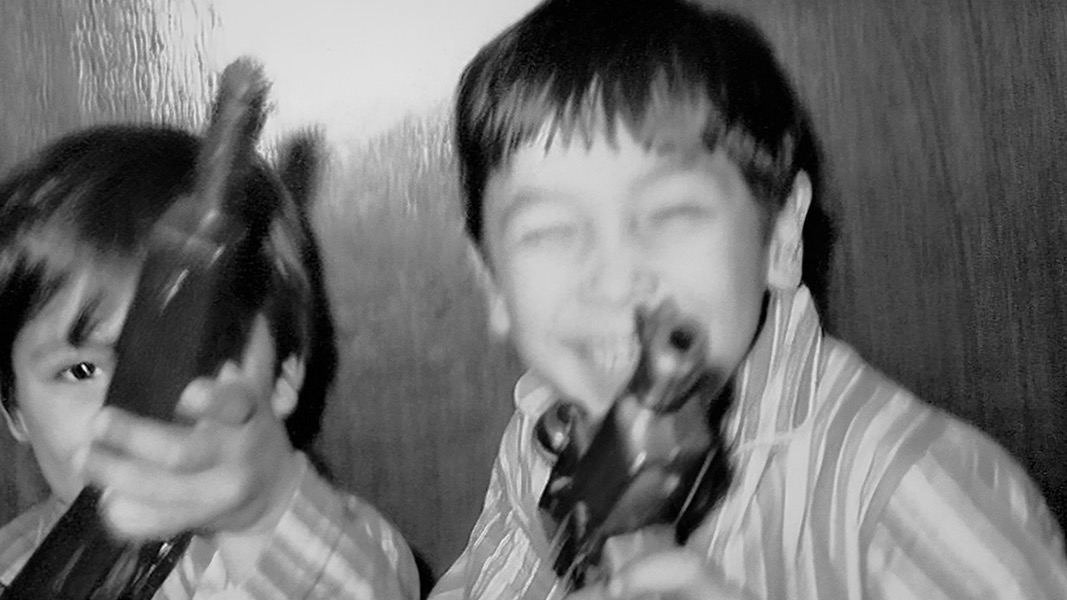 A son’s search for a father he never knew is an emotional and complicated journey in even the best of circumstances. When that dad is a smalltime hitman murdered in Tijuana who left behind another family, including a son who likewise embraced criminality and his own father who supposedly fought for Castro (and also worked for the CIA), that investigation can become something infinitely more complex. And if that child is a brave and thoughtful filmmaker like Monterrey-based Gian Cassini it transforms into a journey much greater than the sum of its tabloid-sensational parts: a study of intergenerational violence, machismo culture, and the collective collateral damage experienced by an entire traumatized society.

Filmmaker was fortunate enough to catch up with the Mexican director (and writer/editor/producer) just prior to the September 13th TIFF world premiere of his debut feature Comala, its title a reference to the ghost town in Juan Rulfo’s “Pedro Páramo,” naturally a novel about one man’s quest to connect with a long lost dad.

Filmmaker: Though this film begins as an investigation into who your father was, that question soon takes a backseat to your focus on how one man’s life choices can affect an entire family and ripple out to society at large. So why take this route of exploring your father within a greater sociological framework?

Cassini: To answer this I need to go back to 2012, when the idea of this film first came to me. I was, in the same way that millions of other citizens were, facing the abrupt violence that the Mexican Drug War had brought. Many people died in tragic situations; many others disappeared or had to run away. My father was murdered during this time, as were colleagues from my school. I remember that in our “intellectual” conversations among friends they used to say that the government was not fighting against the real issues that led to this war; that with the intervention of the army they were only treating the undergrowth of the conflict but not the root.

So when I reconnected with my father’s family after five years of not seeing them I clearly saw elements of those root problems in each of them. From there I saw the chance to highlight these problems, and how they lead to the massive violence we were living at that time. (Well, we still are, as nowadays there are some states inside the country that continue to live under these conditions.) So approaching the film from the perspective of the intimate, as being something universal and political, was fascinating to me. And of course, as you said, it also allowed for the chance to go after questions that had been plaguing me for most of my life: Who am I and where is my place? So it seemed like I had all the elements to construct something well-rounded.

Filmmaker: The film is also quite narrowly focused on the personal, with colleagues or even friends of your father notably absent. Was this always the plan, or did you attempt to contact others outside the family?

Cassini: I did reach out to and filmed some of my father’s friends. It was quite an experience spending many afternoons with them, drinking together and hearing them talk. But while I was editing I felt that it was more solid to frame my father’s story only from his family’s perspectives, and that that would help to achieve that sense of intimacy. But I would love to have a public screening in their neighborhood to show them the final film. It’s going to be something so special for all of us.

Filmmaker: So what’s been the reaction from those who participated in the film? Was it cathartic for everyone? Did it bring the family closer or drive anyone away?

Cassini: Not everyone in my family has watched it yet. So far my mom and my grandfather, along with his family, are the ones who have seen it. They all shared a collective anger in the recognition of the ways that machismo has driven many of the experiences and conditions in their pasts that have hurt them. But it also made them feel compassionate to the others who they didn’t know or had lost track of. That gave me, perhaps only myself, a glimpse of hope that there may be a chance we will be able to gather together and express solidarity in our present. But they are still processing it because not much time has passed since they watched the film. I also came to the conclusion that no matter the knowledge that one receives you will only take what you can bear, especially when you are older.

Filmmaker: I also can’t help but wonder what other families – specifically those of your father’s victims – might think about this film. Have any grieving relatives reached out to you? Do you anticipate they will?

Cassini: I have tried so many times to imagine that situation. It hasn’t happened. And there can be so many scenarios of how they are going to take it. But what comes to my mind every time I think about this is a conversation I heard once between my brother Anthony and his mom about these victims. My brother ended the conversation by saying, “I’m sure these people deserved it.” And for me, even now, it’s like, “Do they?” Are we really putting ourselves in the shoes of the other when we say that they deserved to be killed? I don’t think so.

The only thing that occurs to me to do is to be open to listening with undivided attention to who they were in life, where they came from and what their passions were. I find it so annoying when people refer to those who intervened in this war as “los malitos” (the baddies). How can you be sure that everybody who had a K-15 in their hands was someone truly evil? Nowadays we find and normalize that the people in the government can be the real evil at the center of this violence.

Filmmaker: Your director’s statement alludes to the disturbing glamorization of drug lords and sicarios, which isn’t unique to Mexico and Latin America, of course; here in the States we’ve long similarly fetishized mafioso and their hitmen. (That said, I don’t think something like gangsta rap approaches the level of criminal worship that narcocorridos do.) Does glorification of lawlessness perhaps rise in relation to state decay? Isn’t society’s normalization of violence less a pop culture “problem” than simply a reflection of/reaction to institutional violence?

Cassini: Definitely! Thank you for pointing this out! We are not going to take the steps we would like to until our institutions do the real job required. They are hugely responsible for the conditions in which we are living. But the thing is that we have grown to normalize the fact that real action from them is never going to happen.

If I can be completely honest with you, I don’t believe in “justice.” I don’t even know if it exists, or if it’s only this fairytale that your schoolteacher taught you when you were a kid. And if it has happened I link it to a privilege that only a few have ever had. But what I heard is that it shouldn’t be like that. Justice can be reached by everyone supposedly. Nowadays we are still learning and listening to the consequences that the Mexican Drug War has left in its wake. And what it’s still taking from our country. Everybody knows the links between our government and the cartels, and how that is still taking place.

So I’m hoping that Comala can highlight this conversation – and not just among intellectuals. Each citizen from their own intimate universe can create solidarity with all of these other micro universes, which are so close to us. We can help each other to improve the conditions that we need in order to be able to keep our children away from violence. Because our government is never going to do it. Perhaps one day we’ll mount enough pressure so that they feel obligated to do their jobs, but until that happens we only have each other.