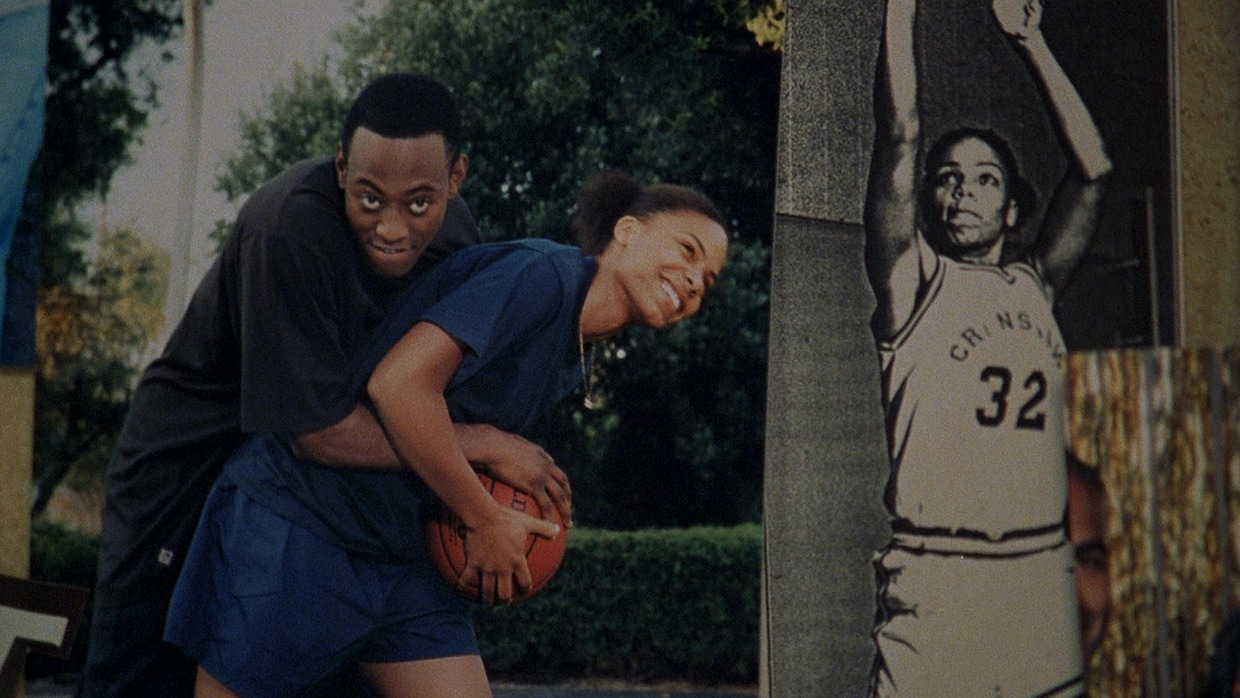 Omar Epps and Sanaa Lathan in Love and Basketball

When screenwriter, director, producer, actor, novelist, stock options trader, playwright, musician, newspaper columnist and gallery artist Melvin Van Peebles died last week at the age of 89, he left behind one of the most varied and entertaining bodies of work in all of American (and French, thanks to his Parisian detour in the 1960s) arts and letters. He’s best known for his revolutionary 1971 feature Sweet Sweetback’s Baadasssss Song, but that classic—important as it is as a point of reference and inspiration for generations of independent filmmakers—only scratches the surface of Van Peebles’s genius and audacity. Thankfully, the Criterion Collection has released an outstanding primer on Van Peebles’ career, the Melvin Van Peebles: Essential Films Blu-ray collection. The boxed set contains Sweetback, of course, but also Van Peebles’s exquisite and influential 1967 debut The Story of a Three Day Pass, the fearless 1970 satire Watermelon Man (the director’s one foray into big Hollywood studio filmmaking), and the 1972 musical Don’t Play Us Cheap. There are also many richly informative and illuminating interviews with Van Peebles, his collaborators, and scholars, as well as vintage news coverage of his releases and Joe Angio’s terrific 2005 documentary How to Eat Your Watermelon in White Company (and Enjoy It). The best bonus of all is the Blu-ray debut of Melvin’s son Mario’s spectacularly entertaining 2003 film Baadasssss!, a hilarious and moving account of the making of Sweetback in which Mario plays his dad; it’s not only an excellent biopic, but one of the best movies about the exhilaration and heartbreak of independent filmmaking that I’ve ever seen. Taken together, all these films and extras present Melvin Van Peebles as a totally unique artist whose mode of expression wasn’t film, music, writing or performance art but all of the above; his entire life, taken in its totality and including both his work and personal dramas, was one 89-years-in-the-making masterpiece.

Criterion has also released new Blu-ray and DVD editions of Gina Prince-Bythewood’s Love and Basketball (2000), one of the most assured and satisfying directorial debuts of its era and a masterclass in both narrative construction and executing convincing sports sequences. The tale of two childhood friends (Sanaa Lathan and Omar Epps, both fantastic) who dream of becoming professional athletes as they fall in and out of love with each other, Love and Basketball is an extraordinary balancing act between not only realism and artifice—Prince-Bythewood manages to make her two leads completely relatable yet iconic at the same time—but between love story and sports movie, ensemble family drama and intimate, solitary character study, and indie edge and mainstream romantic fulfillment. The whole movie is about characters struggling to prioritize, but Prince-Bythewood exhibits none of their confusion or uncertainty; her writing and directing are supremely confident, fully integrating the multitude of aspects she’s dealing with so that the basketball games express and deepen character and the dramatic scenes inform and invigorate the sports action. Prince-Bythewood has referenced Rob Reiner and Nora Ephron’s When Harry Met Sally as an influence, and like that film Love and Basketball is flawless in its pacing and deeply observant in its insights—few movies can claim to be as sophisticated in charting the complicated, winding path of romance between two close friends with independent lives. Smart, funny and totally original, it’s the kind of personal film with scale (Prince-Bythewood was working at the perfect intersection between independent freedom and studio resources when she teamed with New Line and producer Spike Lee to make the movie) that has become more and more rare, and thus more and more valuable. The Criterion edition carries over the great commentary tracks from New Line’s original DVD release and adds some superb new supplements, including documentaries on the film’s production and editing.

My final recommendation this week is Kino Lorber’s Blu-ray of the 1988 erotic thriller Masquerade, a film every bit as impressive in its structural high wire act as Love and Basketball, albeit with very different intentions and to very different ends. The movie was written by Dick Wolf two years before he would become the king of the television procedural with Law & Order, and it’s a marvel of twisty delights; the tale of a working-class guy (Rob Lowe) involved in affair with a married woman (Kim Cattrall) as he falls in love (or does he?) with a wealthy widow (Meg Tilly) and becomes embroiled in various murderous schemes, it’s an unpredictable and hypnotic film noir that would have made the creators of Double Indemnity and Out of the Past proud. Like Lawrence Kasdan’s Body Heat, it revitalizes and reinvents film noir for the 1980s, infusing the tradition with an eroticism that’s subtly tied to the materialistic excesses and desires of the characters. Wolf’s script is worthy of serious study given his unerring instincts for how much to reveal to the audience and when, as well as his deft balance of theme, character, and plot; the movie is a tight hour-and-a-half, but its economy of dialogue and gesture allows Wolf to pack in enough pleasures for a movie far longer. The script is well served by director Bob Swaim, who stages the complicated double- and triple-crosses with clarity and elegance, finding one expressive visual metaphor after another to convey his characters’ inner drives; it also boasts top-tier work from Swaim’s collaborators, particularly cinematographer David Watkin and composer John Barry. Watkin and Barry both worked on Sydney Pollack’s Out of Africa a few years before Masquerade, and their sweeping, romantic sensibilities provide a nice counterpoint to the mercenary attitudes at Masquerade’s center. The Kino Blu-ray features an audio commentary by Swaim in which he provides some background on his approach as well as fun production anecdotes, providing valuable context for a movie ripe for rediscovery.