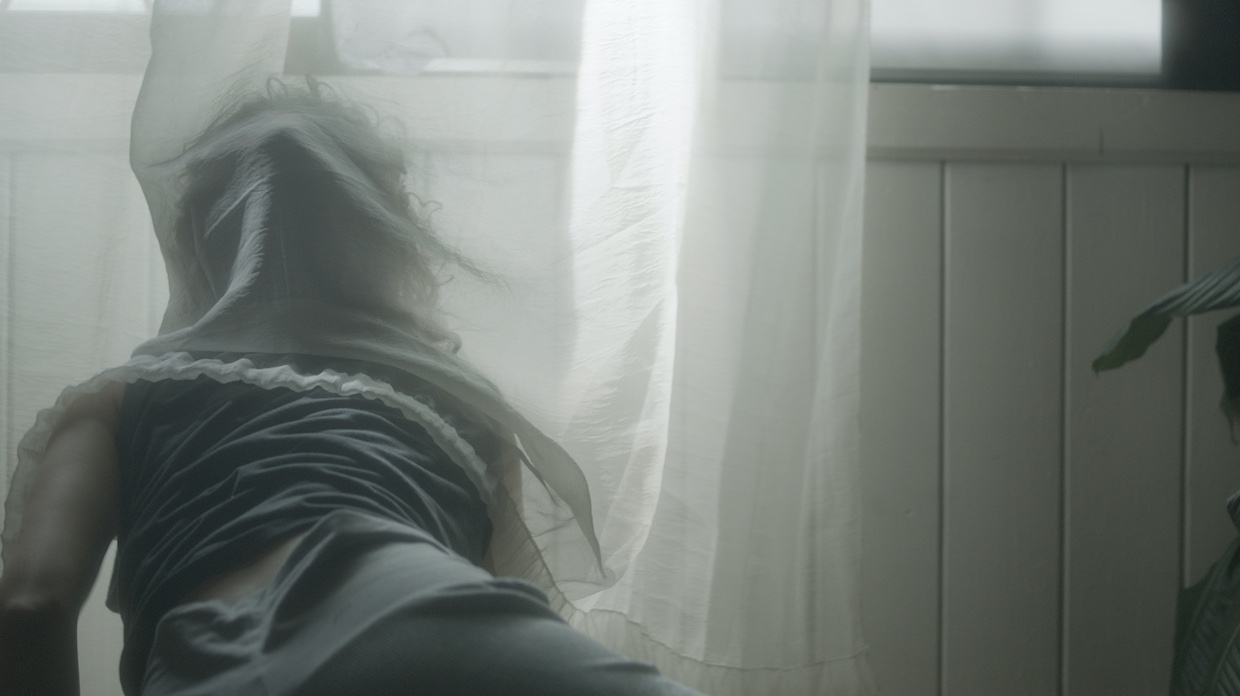 Despite the accolade of being an “A category” festival, whatever that may mean, San Sebastián International Film Festival is not necessarily somewhere many major filmmakers choose to launch their film. Though it does host some premieres as well as significant industry activity, the priority is on pleasing a public—who, it should be said, generally seemed very pleased. Following a nervier, much less well-attended in-person edition held last year, almost all screenings sold out, with ticket touts often found flogging price-hiked spares outside of venues, and people seemed very happy to be out and about, seeing highlights from the year’s other main festivals on the big screen alongside newer films from around the Spanish-speaking world.

In the latter category, one of the most satisfying was Paz Fábrega’s Aurora, the impressively understated third feature from the Costa Rican filmmaker. Detailing a fluctuating friendship between Luisa (Rebeca Woodbridge), a 40-year-old architect and sometime art teacher, and Yuliana (Raquel Villalobos), a teenage pupil facing an unwanted pregnancy, the film works through emotional undercurrents, exploring how buried feelings can easily bubble to the surface however well masked they may first appear. Luisa learns of Yuliana’s predicament before the girl’s mother does and, when a doctor confirms that no legal termination will be possible, the older, childless woman stows the younger girl away in her home while they work out what to do. As their relationship develops slowly and warmly, Luisa allows herself to slip into an uneasy role somewhere between friend confidante and surrogate parent, seemingly fulfilling her own sublimated desire to be a carer under the guise of helping someone who has nowhere else to go.

As the narrative develops, small details are slyly added that complicate the situation and add layers to the often-ambiguous emotions simmering below. Luisa’s absent partner resurfaces, confused as to why he has a new house-guest. Yuliana’s mother re-enters the picture, showing herself not as the monster Luisa or Yuliana seem to want to believe her to be. The audience learns that Yuliana’s child was conceived during orgies that she partakes in, and hence no one knows exactly who the father is, but Luisa remains in the dark about all this, suspecting instead that Yuliana could be a victim of abuse. At each juncture, some kind of deception or delusion occurs. It is never quite clear who is helping out who, or what either party really wants. Both performers are excellent, expressing layers of complex emotion purely through looks and always providing a sense that their characters are people with histories beyond the parameters of the film’s confined sense of space and time. With her naturalistic and minimalistic direction, Fábrega—bar one repeated motif that uses a dance routine as a clumsy metaphor for indecision and uncertainty—avoids opting for anything overly flashy, making for a bravely restrained film that proceeds without much in the way of explicit conflict or drama. Using a sparse script, a desaturated colour palette, controlled camerawork and tight editing, Fábrega cleverly carves out a subtle, slippery story about the lies people tell themselves in order to act how they feel they need to, and the unravellings that occur when the truth is exposed.

Carajita, the Dominican Republic set second feature from Argentinian-Spanish pair Ulises Porra and Silvina Schnicer, also explores deceptions and denial but with less subtlety, opting for understandably blunter methods to explore themes of racial tension, privilege and class disparity. Starting out as a film about a touching intergenerational relationship between two women, not unlike the one seen in Aurora, Carajita quickly shifts gears. White, wealthy Sara (Cecile van Welie) gets on well with her Black Dominican nanny Yarisa (Magnolia Nunez), so much so that they seem almost like mother and daughter, but the arrival of Yarisa’s actual daughter Mallory (Adelanny Padilla) complicates the dynamic. An enigmatic opening shot in which off-screen red-blue police lights flash over an unidentifiable body signals something sour to come, but for a while, everything goes well enough that this could easily be forgotten. Shortly after, disaster strikes and a mysterious accident draws a wedge between Yarisa’s own family and the one she has been working for.

For a while, it is pleasingly hard to parse what sort of film this will be. Like Fábrega, Porra and Schnicer are interested in ambiguities, working with the distances between an individual’s own understandings of their social and political position and the reality of the power they possess. As a viewer who is more informed of the reality of the events than most of the characters living through them waits for the imminent collapse, the film mounts tension using a series of consistently strikingly well-composed images that draw a sense of menace from ordinary-seeming scenarios. Pronounced lighting and grading makes the days seem sweaty and oppressively tense, and the nights so dark that something unseen alway seems to be lurking off-screen. When all of the characters finally catch up to the nasty situation they are facing, Porra and Schnicer effectively display how privilege protects itself and how, in moments of crisis, wealthy families easily drop any pretence of civility and step up to protect one of their own. The film—though taut, carefully engineered, and commendably discomfiting—is undermined by a heavy-handed central visual metaphor that sees goats appearing in places they shouldn’t, an intermittent voiceover that feels redundant, as well as the nagging sense that the plot hinges too heavily on one large central contrivance. This said, the performances are all terrific, and as a web of suspicion and resentment spreads out between two families embroiled together in tragedy, the tension rises through to a resonant, impactful conclusion signed off with a final shot that feels compellingly unpleasant, lingering like a bad smell. In Carajita, as in Aurora, much of the drama is drawn not from what is seen or heard, but out of what is left pointedly unsaid.

Tatiana Huezo’s third feature, Prayers for the Stolen, departs in some ways from her first and second—El lugar más pequeño and Tempestad, both of which were documentaries telling the stories of Latin American communities impacted by violence—but also displays many continuities. A fiction film about the horrible stranglehold drug cartels hold over the Mexican people, it starts, like Carajita, with a shot showing something grim-seeming to come that is, at that moment, incomprehensible. Ana (played by Ana Cristina Ordóñez González at 8 and Marya Membreño at 13) is seen climbing into a shallow grave, the camera filming claustrophobically from within. This, it is later explained, is not a burial site but a hiding spot, the place that Ana’s mother sends her to when the cartel cars speed through town looking for young girls to abduct. Adapted loosely from Jennifer Clement’s 2014 novel of the same name, Prayers for the Stolen follows three girls (all played by two different aged actors for each of the film’s two parts) growing up a remote village facing increasing pressure from the cartels. Central is Ana, whose relationship with her mother Rita (Mayra Batalla) provides an emotional anchor for the film and also a narrative throughline. Rita, who knows well what horrors the world has for her daughter, is troubled by balancing the need to help Ana retain her innocence whilst also imbuing her with the wearying world-readiness that she needs to survive.

Though the film is dramatic, it never feels too heightened, Huezo’s documentarian-trained eye ensuring that scenarios remain grounded and performances feel naturalistic. Much attention is giving to setting and set-dressing, and the use of the same few spaces (the villagers homes and the poppy fields in which they work, a barbershop where the girls have their hair cut in order to make them look less feminine and therefore less at risk of capture, a school that is under constant siege and as such is always losing teachers) also gives the film a documentary quality, making it feel like a portrait of a place as much as a story of the individuals living there. A coming-of-age film in which terror is always buzzing in the background and misery seems an inevitability, Prayers for the Stolen encompasses surprising levity into its story considering the severity of the subject matter. In a film in which pubescence is something to be dreaded because of the ever-present threat that comes with the arrival of womanhood, there is distinct warmth found in following the three girls grow up together over time, a welcome reminder that embracing the airy and pleasant parts of a situation is not to shy away from the harshness of the reality, but instead to show it in its real, rich multifarity. A film made by a filmmaker who works primarily in documentary, this fictitious work benefits from its proximity to reality: A world is manufactured for the screen, but the insights within it are drawn directly from lived experience.