“We Were Always Searching for the Beauty of Coexistence, Even in the Most Polluted of Places”: DP Ben Bernhard on All That Breathes 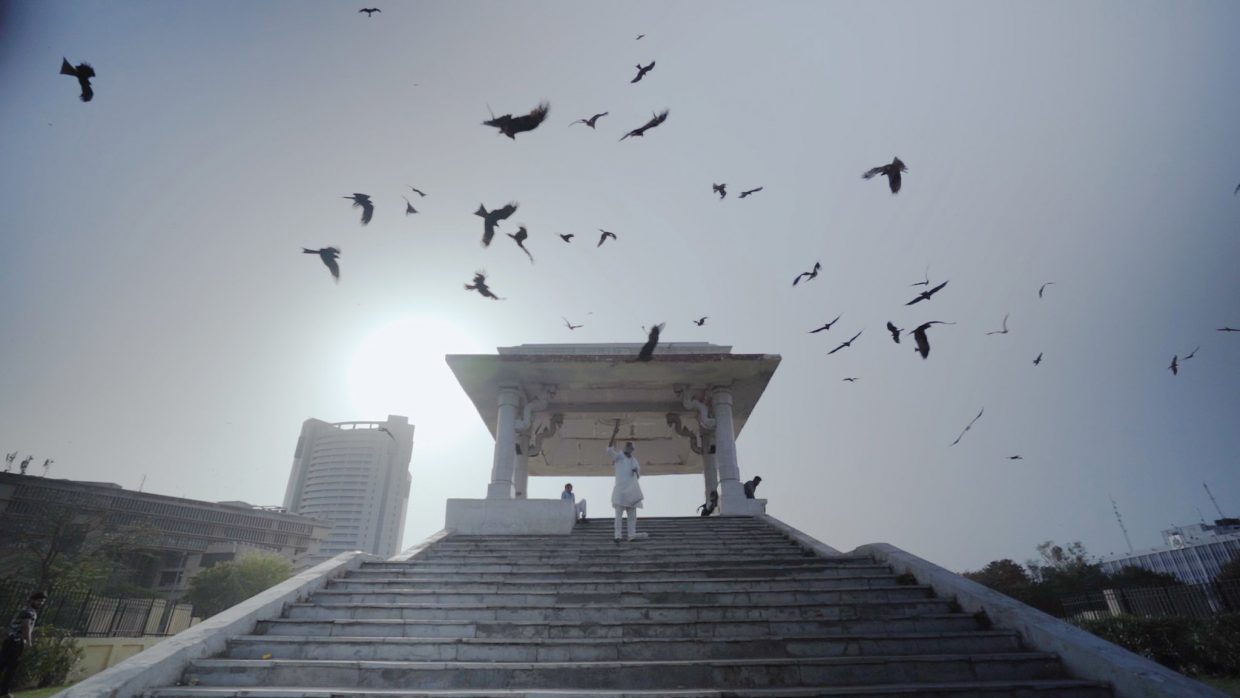 A still from All That Breathes by Shaunak Sen. (Photo: Kiterabbit Films)

With All That Breathes, Shaunak San sought to position humans as a part of the natural world, akin to rather than separate from the birds overhead. The documentary follows a pair of brothers who care for the black kites that fall out of the Delhi skies due to pollution and features cinematography by Ben Bernhard, who has worked extensively with Victor Kossakovsky (Gunda). Below, Bernhard reveals the challenges of tethering images of the natural world to urban living and how he composed shots that place nature and mankind on a level playing field.

Bernhard: When director Shaunak Sen was searching for a cinematographer, I got recommended by a mutual friend. Even though we only met through Zoom, there was a direct connection and the first of many beautiful conversations about life, art and cinema.

Shaunak knew and liked my work with Victor Kossakovsky, so there also we had impassioned discussions. At some point he got a bit angry, though, when I did not reveal all of our secrets how we shot Antipodas and Aquarela. Sorry Shaunak, I promised Victor…

Bernhard: The goal was always “to render the scientific into the poetic,“ as Shaunak puts it. We were intrigued by how the organic matter of the earth shifts and changes because of human intervention and how new natural habitats are therefore formed. We wanted to interweave this perception into an aesthetic that would reveal the coexistence of the smallest beings against the backdrop of city life in Delhi to show the interconnectedness of an ecosystem rarely noticed.

That’s why we chose a cinematic language that would keep the unity and duration of one shot instead of editing. We used long pans to combine different elements in a slow tempo and narrow depth of field to show how everything in the city happens concurrently. We were always searching for the beauty of coexistence, even in the most polluted of places.

Bernhard: A big influence for me is the collaboration with Victor Kossakovsky over the last 12 years. I developed a very special way of approaching the art of filmmaking and cinematography as we were playing with the form of documentary outside it‘s normal confines.

Addressing this film, I was inspired by artists like Carlos Reygadas, Nuri Bilge Ceylan, Béla Tarr and Reinhold Vorschneider.

With Shaunak, we surprisingly hardly watched any films or photoswe , but talked about how to translate concepts we found in books into the visual spheres. Here we were very much inspired by The Peregrine by John Alec Baker and Darwin Comes to Town by Menno Schilthuizen.

Bernhard: While, in theory, we quickly reached ambitious plans, the fundamental aspects of shooting animals in the open required a specific dynamic of preparation and improvisation. Sometimes the focus was on improvising equipment, while at other times it was quickly shifted towards protecting the camera and crew against sudden attacks from some of our main stars, the diving kites, who tried to defend their nests.

Bernhard: For this film’s needs and the circumstances, I chose to film with a Canon EOS C500MkII, a Panasonic S1H, Leica R primes, a beautiful Angenieux 45-90mm zoom lens and sometimes Canon lenses. This gave me the needed variety, from handheld to a 1000mm tripod setup, while achieving a specific look. I like using vintage lenses to break the digital feel of contemporary cameras. Often, I even combine them with 1/8 or 1/16 Black Pro-Mist filters.

Bernhard: I love to shape reality in documentary. Sometimes even small changes have a huge impact on the cinematic quality of a scenery. I always travel with a set of 6’x 6‘ overheads, small LEDs, gels and blackwrap, and I change the basic lighting setup on locations before starting to film or sometimes even add little sparkles to bring life into the pictures.

In this film we used HMI lamps and mirrors to bring beams of lights into the bird cage to make these impressive birds look like paintings and highlight their individualism.

Bernhard: One of the most difficult and definitely most memorable nights was the shooting of the opening sequence. Shaunak and I wanted to not only show the rats, but to be in the middle of them while connecting the animals to the surrounding city life.

The whole center island of the roundabout was one big nest of rats, and we and the equipment constantly sank into the loosened earth. We improvised a mini-crane that was light enough to perform under this circumstance and allowed the camera to go as low as possible. So I was standing in the middle of this island all night, dancing with the rats on eye-level.

Bernhard: I like to give a direction in the look by the use of vintage lenses, filters and foreground. But as we were recording logarithmic, nothing really was baked in, but was revealed in postproduction.

Film Title: All That Breathes