“I Wanted to Restrict Lighting That Didn’t Feel Naturally Motivated”: DP Barton Cortright on The Cathedral 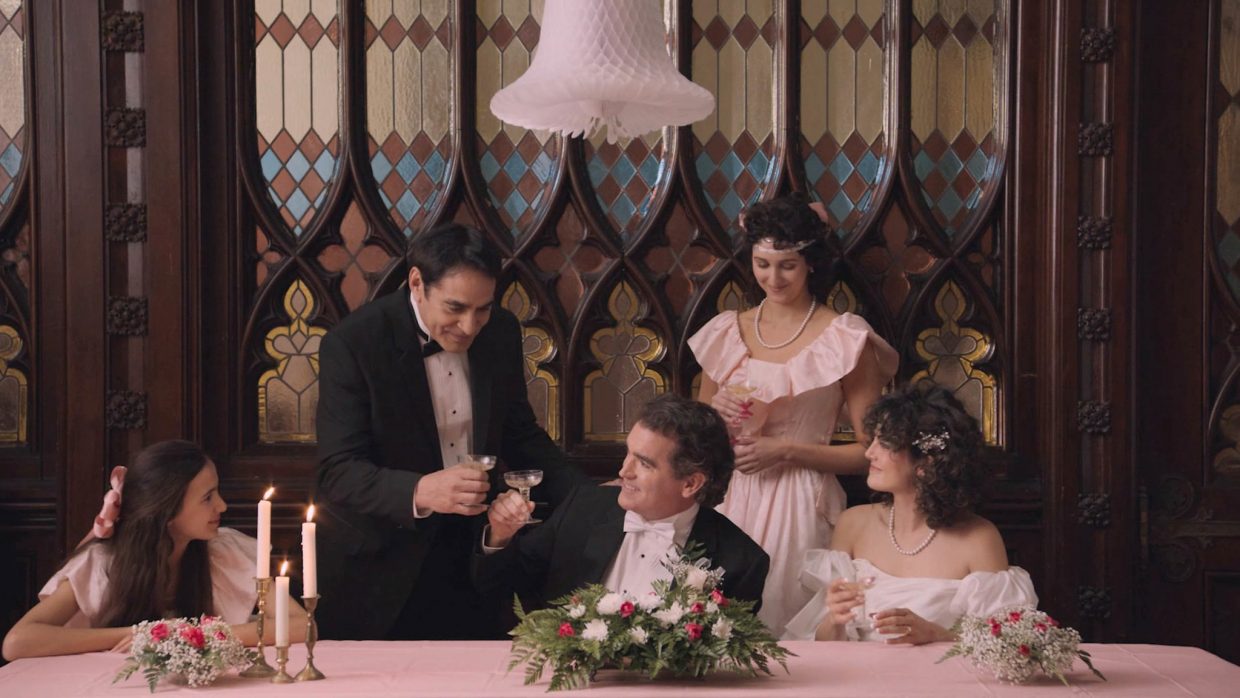 With The Cathedral, an unseen narrator relates the life of Jesse Damrosh, beginning with the dissolution of his parents’ marriage and highlighting other hallmarks of middle-class American existence. D’Ambrose lingers not on the big life events, however, but the more quotidian and quieter moments and objects that leave indelible marks on one’s memory. Cinematographer Barton Cortright explains why natural light was the correct approach for the film, and how he amplified the natural look to avoid a shallow depth of field.

Cortright: I was first recommended to Ricky by his producer, Graham Swon. I shot Ricky’s first feature, Notes on an Appearance, and then two shorts with him after that. When I first met Ricky, he had already established a strong visual language of his own with the shorts he had made. During the shooting of Notes, Ricky decided most of the camera placement and framing. I think he liked that I was just happy to light the movie and help aid his vision in any way I could. After a few projects together I’d like to think that I’ve helped him in little ways expand his visual style and refine the way his films are lit.

Cortright: Ricky’s visual references for The Cathedral had more shadow and contrast than I initially expected. The harshness of the main character’s upbringing lent itself to a naturalistic lighting approach. This led us to embrace hard light versus a more stylized and polished lighting design approach. Essentially, my main goal was to have the film look as though we didn’t use any artificial lights. The difficulty with that is Ricky doesn’t like shallow depth of field. To reduce shallow depth of field, a lot of light is required to stop down the lens. I’d say 80% or so of the film was lit artificially, but my approach was to always amplify what the natural light in a space was doing in order to be as subtle as possible.
The script featured a number of zoom shots. What those slow zooms are meant to convey could depend on the viewer, but to me they provide a slightly drawn out period to reflect on the characters and the environments they find themselves in.

Filmmaker: Were there any specific influences on your cinematography, whether they be other films, or visual art, photography, or something else?

Cortright: Ricky tends to pull visual references mostly from movies, but sometimes from paintings and photographs as well. For this film he also had many 35mm photos from his childhood, some of which were from scenes that were re-created in the film. The photographs featured various types of natural lighting, a lot of which we used as examples for specific scenes. I think the naturalism of the lighting in the photographs gave Ricky and I the confidence to embrace hard light at times as well as a more low-key lighting approach to some scenes.

Cortright: On a lot of films of this scale the biggest challenge is always the ambitious nature of the schedule. We were shooting on all real locations and often loading in/out day-of, so there was very limited time. Due to the speed at which we were filming, I couldn’t take the time to light every scene. Each day I’d have to pick a scene or two that would have to be naturally lit just to catch up or save time for a scene coming up that I knew we’d have to spend time lighting. Overall, though, the shoot went very smoothly, Ricky is one of the most prepared directors I’ve worked with and on set he’s very decisive, so we tend to move quickly and all departments can come in well prepared.

Cortright: I wanted to shoot the whole film on one zoom lens. This would keep the image consistent but also enable us to add zoom shots easily if we had an idea for one. I always prefer to use vintage glass just to take a bit of the digital edge off the higher resolution cameras. For that reason I chose a Cooke zoom from the ’80s, their 18-100mm T3. We used a RED Gemini for the camera. Ricky really loves deep focus; with the Gemini I knew if we had to stop down for depth I could utilize their dual ISO modes without adding too much noise. I also love the flexibility and lightweight nature of the RED system.

Cortright: Early on, Ricky sent me a handful of visual references. I was really happy to see that they were very naturalistically lit and more low-key than high-key. Ricky was interested in having all the interiors motivated by natural daylight and not to use any internal light sources. I ended up doing my best to make each scene feel like it was lit with natural light, mostly soft but occasionally hard sources as well. I really wanted to restrict any lighting that didn’t feel naturally motivated so no hair lights or fill lights were used. I’d try to use only a key for most scenes and primarily rely on bounce and diffusion so as not to use multiple sources.

Cortright: The trickiest for me was re-creating one of Ricky’s childhood 35mm family photos as a scene. The photo featured dappled light on eight people around a picnic table in a backyard. Ricky was very interested in trying to recreate the lighting conditions as closely as possible. We had to shoot the scene at a house where the sun would never be in a position to give us that quality of light required. I knew that the lights in our lighting package weren’t powerful enough during the day, but I thought that if we shot in the 20-30 minutes right before sunset the ambient level outside would be low enough where our lights would have enough power to replicate the sun. With some aid from the art department and after scouring the woods for fallen branches, my gaffer spent a few hours creating a roughly 8-foot by 6-foot leaf curtain that we could shine our lights through to replicate the quality in the photo. It all ended up working out, and we luckily had just the right amount of time to capture the scene.

Cortright: We shot in log and viewed the image on set just using a 709 LUT that we dialed down to around 70% opacity. I knew we wouldn’t have much time for coloring, so I tried to dial in the lighting as best I could so the final grade wouldn’t need much tweaking. Every night after we’d wrap, I would go through the dailies to make stills boards and do a quick grade on each image just so we could see how things were looking. We ended up color grading the film in 2 or 3 days at Goldcrest Post.