“This Film Expanded the Way I Think About Beauty and Form”: Editor Todd Chandler on I Didn’t See You There 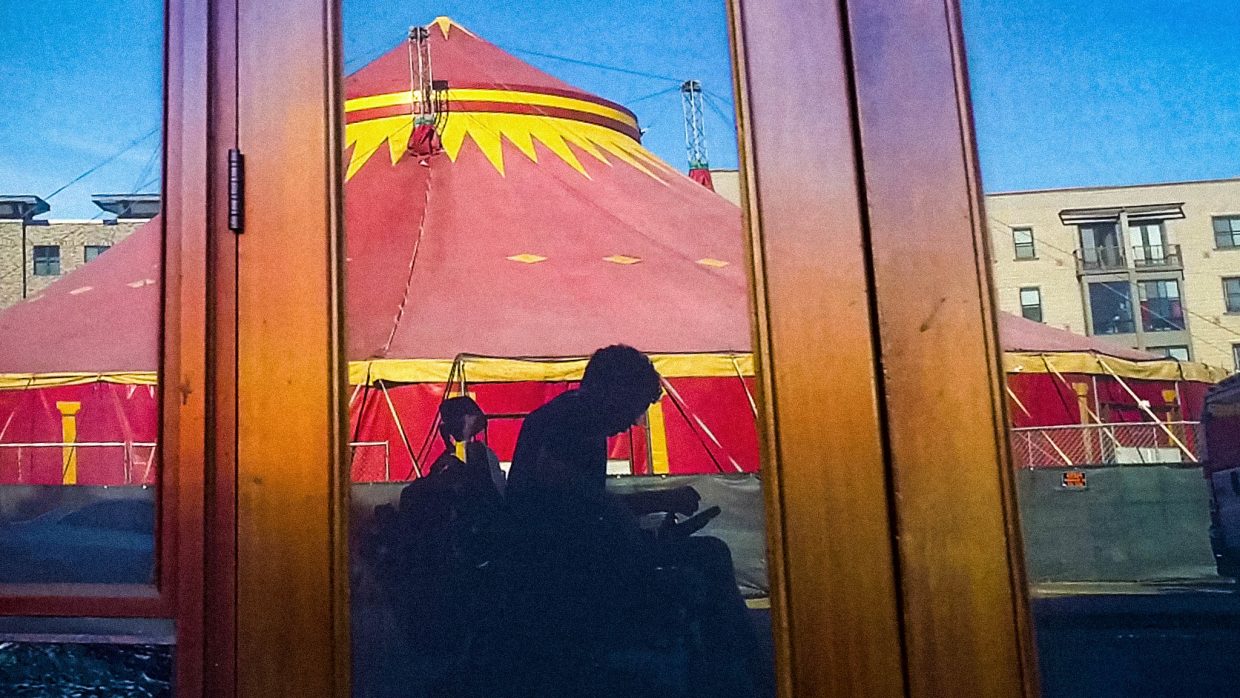 Still from I Didn't See You There (Photo: Reid Davenport)

When a circus tent appeared outside the window of Reid Davenport, a visibly disabled filmmaker, he began to contemplate the history of the “freak show” and its relationship to his own aesthetics. This inquiry formed the backbone of I Didn’t See You There, for which Davenport captured images from his wheelchair and sought to make a film about how he sees the world. Below, editor Todd Chandler explains his desire to work on a film so aesthetically different from his own and why he likes to watch other films with his collaborators.

Chandler: Honestly, director Reid Davenport and producer Keith Wilson could answer this question more accurately than I can. We met briefly when I was an advisor for the Points North Fellowship in 2020 (I was a fellow in 2017 for my film Bulletproof), and I think a funder that supported both of our projects suggested they talk to me when they were searching for editors. I hope they hired me because they wanted a creative collaborator interested in formal experimentation, an editor who is a good listener, is sensitive and has strong sensibilities. But maybe they just liked my past work and no one on the top of their list was available! Regardless, I feel very fortunate to have gotten the job. Working together as a team for the past year has been one of the most generous and generative collaborative experiences I’ve ever had.

Chandler: Reid had a strong conceptual framework for the film deeply tied to notions of seeing and being seen. The goal was always to realize this in the most compelling, dynamic and authentic way—and by authentic I mean true to Reid’s vision and true to the spirit of the footage he captured—while allowing for the project to take twists, turns and departures.

Chandler: I spent the first several weeks watching and reading. Reid sent me a handful of books, some disability theory, some about the history of the freak show. I also asked Reid to give me a list of films to watch—several that he was inspired by but were not necessarily topically related and several that I might think would bear something in common with his film but ultimately took an approach that he wanted to steer clear of. I like starting off an editor/director collaboration (whether I’m the editor or the director) by watching and discussing films that neither of us have been involved in. There’s no ego and we can just talk about form, rhythm and meaning.

After I had a sense of Reid’s ideas about the film and some possible stylistic influences, I watched all the footage and made notes. We talked a lot and took some time building trust, which I think made it possible for Reid and Keith to give me a lot of creative freedom early on to just play around. I edited very instinctively, trying to listen to the footage and not overthink. Reid’s cinematography and his eye for textures and patterns are exceptional. Some days I would put on music, mute the sound coming out of Premiere, and just watch, thinking less about content and story and more about associations. For example, Reid shot much of the footage from his wheelchair—gorgeous tracking shots from very interesting angles. And then occasionally there were static, carefully composed shots. I wanted to maximize the contrast between motion and stasis to propel the film forward and to create tension and space for reflection. Not all of what I came up with was right, and reviewing these early sequences and gestures gave us a foundation for a shared language about where we wanted to go from there.

After about six months, we started showing cuts to people. Hannah Buck was consulting editor and helped us to think more clearly about structure. Brett Story’s notes helped a lot as well. We did a number of one-on-one feedback sessions, and one tiny in-person rough cut screening at the Museum of the Moving Image in New York. These notes helped us in moments when we felt a little stuck or were getting too attached to certain things that may not have been serving the film.

We also worked remotely for the first 7 months, after which point Reid decided (unrelated to this film) to move to Brooklyn (where I also live), so we were able to work in person. It was exciting to finally meet face to face! At that point we had a rough cut, and working in the same room enabled us to move very quickly. In one day of working together we would get what felt like several days’ worth of creative work done.

Chandler: I split my time between editing and directing and love doing both. I’ve been editing for many years, but Reid’s film was the first feature (other than my own films) that I’ve ever said yes to. Investing a year of one’s life in someone else’s project is a big deal! I’d always stuck to shorts and consulting, which gave me the flexibility to continue working on my own directing projects. While I was in development on my film Bulletproof, for example, I cut three shorts for Field of Vision, and one for Topic. That was a good balance. And then when my own film got enough support, I shifted to working full time on that for a couple of years.

When Reid and Keith approached me about editing I Didn’t See You There, I had finished Bulletproof and wasn’t ready to start working on my next film. As soon as I saw the work sample, I knew right away that I wanted to work with them. My style and approach as an editor are informed by my background as a musician, and even in that first sample there was a kind of musicality in the footage that really resonated with me.

Chandler: We used Premiere because Reid initially set up the project in Premiere. I’m somewhat platform agnostic because I have an equal dislike of all of the non-linear editing applications. I wish I could just edit in my brain, and not have to stare at someone else’s bad software design choices. I want to have the least amount of friction or interference between seeing it in my head and realizing it on the computer.

One great thing about Premiere is that you can install extensions. I deal with some of its shortcomings that way, and I use a customizable controller/console with a selection of knobs and buttons to which I assign a lot of complex, layered commands. It makes things easy and super fast, especially during the selects and assembly stages. I like the more tactile experience of turning a knob or moving a fader. Working that way is closer to how my brain works. Plus, it feels like I’m flying a spaceship instead of doing the more administrative-feeling work of mashing shortcut keys, mousing around, and clicking on a bunch of tiny icons and menus.

Chandler: The first ten minutes of the film were the most challenging. There’s a lot of heavy lifting that had to happen in terms of setup, and we didn’t want it to feel tedious to an audience. We’re introducing the visual language of the film, as well as its premise, and felt if we could get that right, we would have the audience’s trust, which would give us a lot of freedom to experiment from there on out. At first this resulted in a super dense opening with too much explaining. Eventually, we realized that the simplest approach was best: to set up a seemingly simple, ideal premise and then complicate it. So we introduced the film as a purely visual meditation by a director who has previously been in front of the camera rather than behind it—a film about seeing rather than being seen. And then complications and tensions arise, of course, because the way we see is inextricably tied to how we are seen.

Chandler: When Reid and Keith interviewed me for the editor position, they asked me very bluntly why I was even interested in working with this footage with aesthetics so radically different from my own. My answer was that this was precisely why I was interested. How boring it would have been to cut a film made by someone with the same sensibilities as me! I had just finished Bulletproof and wanted a break from my own lens. And working on I Didn’t See You There really expanded the way I think about beauty, form, duration, and rhythm. It changed how I look and see. Even now, each time I watch the finished film, I notice something new—a detail in a shot that I had somehow overlooked despite watching the same shot hundreds of times or a pattern that moves differently when I look at it from a slight angle.