“There Are Sequences That Still Make Me Shudder”: Editor David Pelegrín on Piggy 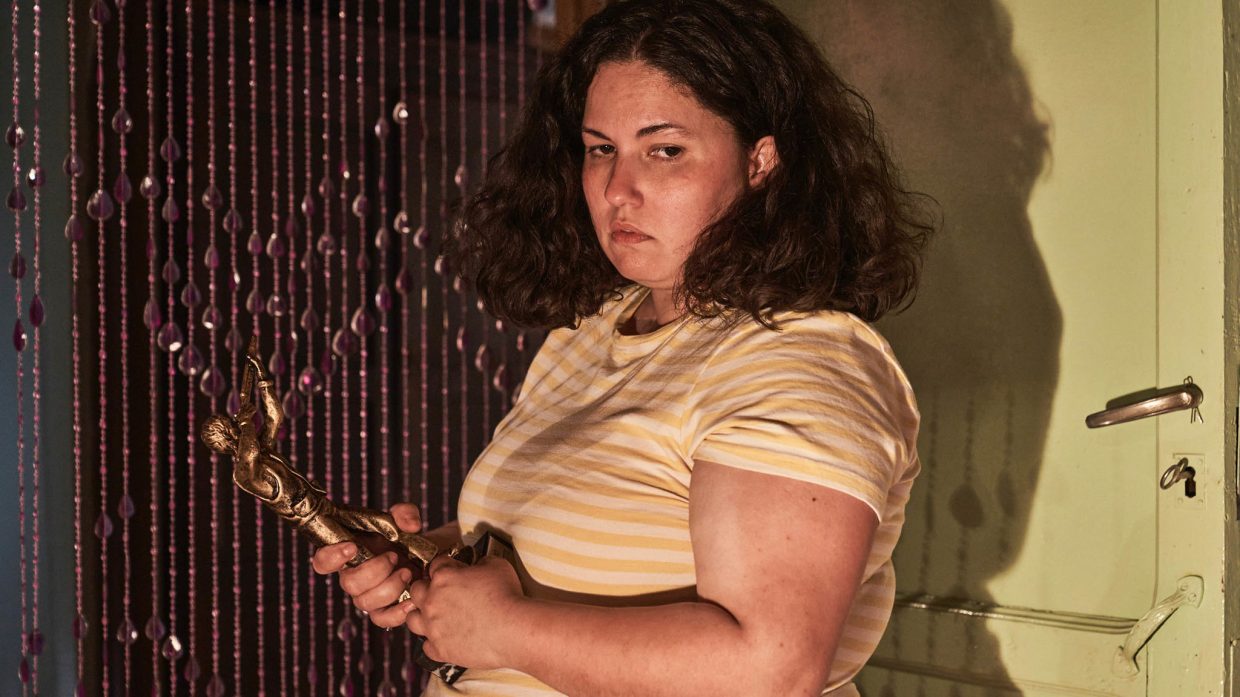 Piggy‘s protagonist, Sara, is a victim of intense bullying who one day watches as an unknown man kidnaps her tormenters. When the police begin to investigate, Sara remains silent, and as the film continues her relationship to the unknown man, equally repelled and thankful, complicates. Editor David Pelegrín remarks on the importance of keeping the film close to Sara’s perspective and of the potential follies of relying on test screenings.

Pelegrín: Carlota and I met about ten years ago when we worked together on television projects. Our careers have diverged, but we’ve always stayed in contact. She called me when she made Piggy, the short film, and we worked together again. It was a wonderful experience. We understood each other perfectly. It’s a real pleasure when you connect almost instinctively with a director and the creative process just flows.

With the film, I’ve been closely involved from the very first drafts. Carlota and I discussed various aspects: the tone, the sound design, the characters’ story arcs, the structure. We were both really excited about the project. We work well together; I think we balance each other out.

Pelegrín: The atmosphere in Piggy is extremely oppressive. We needed to convey that from the point of view of Sara, the protagonist. We needed to be with her for the movie to work, to understand her fears, her obsessions and her relationships with the other characters. We used sound to reinforce her introspective brooding and her inner conflict.

Pelegrín: My goal during filming is to work in tandem with the production schedule. I try to have the rough cuts as quickly as possible to ensure some wiggle room in the event it’s needed, so I tend to have the first cut ready quite quickly. I find it easier to start by analyzing the film as a whole because it’s much easier to see what’s working and what isn’t. The first cut is usually quite similar to the screenplay. Then, in agreement with the director, we look at what we can enhance, what we can eliminate or what structural changes we can make. The Piggy screenplay worked really well, but there were sequences that worked well on their own but that we found ultimately didn’t add anything to the film, so we cut them out.

We decided very early on that the film had to revolve around Sara’s character. We had to ensure her point of view in every sequence and amplify that as much as possible.

Once we had a cut we held a number of screenings. That sometimes helps, but you have to take them with a pinch of salt. You have to be able to filter the feedback and work out what’s going to help the film work better. It can be difficult to know what to take from those screenings. Obviously, if a high percentage of the audience doesn’t understand or connect with something you have to reconsider, or at the very least experiment with other options. And on the other hand, you have to be careful of relaxing too much if the majority say it works well. It’s crucial to be as critical as possible at that time.

Pelegrín: I started out as an assistant editor on various television shows. I also worked as post-production coordinator. I started off making trailers, teasers and episode previews. In my free time I’d edit the odd sequence and pass them on to the editors. At some point, when I started working on Locked Up, the directors decided that they liked my work and offered me a post as editor.

The main influences throughout my career, particularly in creative terms, have been Jesús Colmenar and Alex Pina (The Money Heist, Locked Up), who I’ve been working with for years.

Pelegrín: I’ve been working with Avid Media Composer for a long time. I find it to be the most stable system, especially for shared projects.

Pelegrín: The most complicated aspect of the film for me was establishing the relationship between Sara and Unknown Man, to understand how fascination and repulsion coexist.

Pelegrín: For me the film is Sara’s emotional journey—her complexes, insecurity and the toxic environment she’s in, until the brutal climax that changes everything. There are sequences that still make me shudder despite the fact I’ve seen them a thousand times.