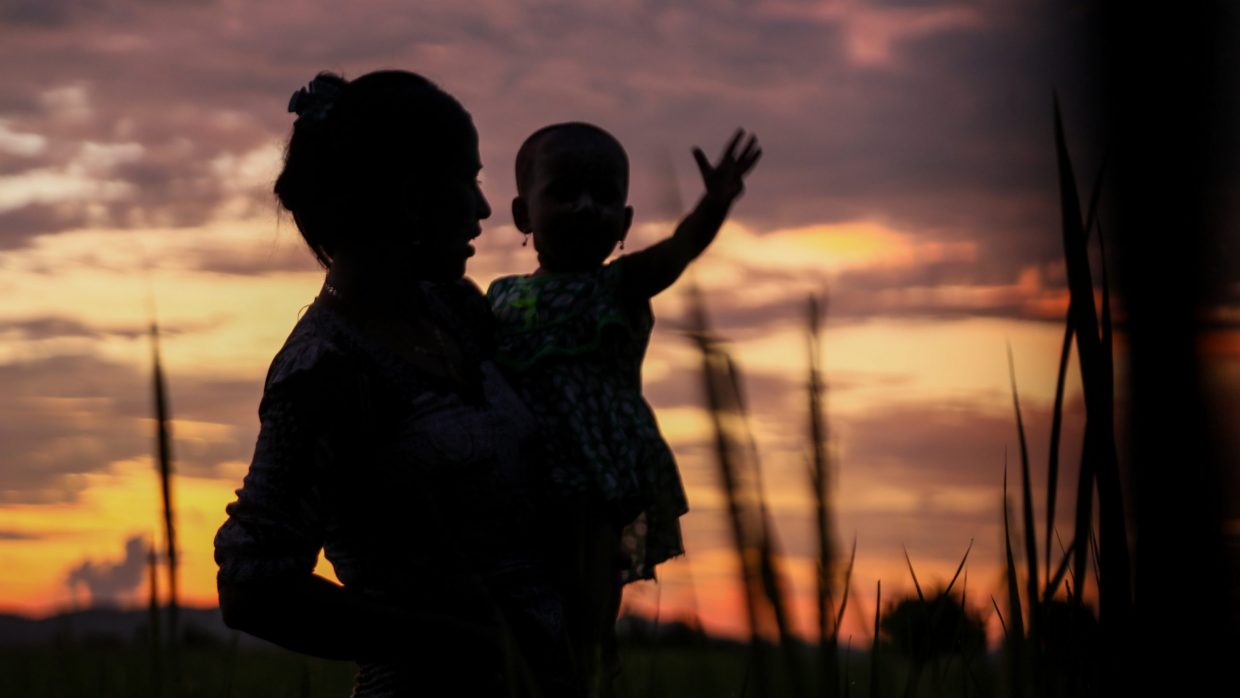 With grace and humility, Midwives, the feature debut of Snow Hnin Ei Hlaing, puts a nuanced human face on a complicated conflict long flattened by the Western press. Back in 2012 the director returned to her birthplace in Rakhine State, an area of Myanmar now infamous for the ethnic cleansing of its Rohingya population, yet also a place where Buddhists and Muslims lived in harmony at the time Snow was growing up. There she met two equally complicated women: Hla, a Buddhist midwife and the hardened business-minded owner of a medical clinic, and her young apprentice Nyo Nyo, a dreamy strong-willed Muslim who also works as a translator for the Rohingya women that Hla likewise serves (often at risk to the controversial clinic itself). What Snow uncovered was a tale of clashing ambitions, tough love tinged with casual racism, and the highs and lows of motherhood, all set against the backdrop of societal expectations, competing armed forces, and ultimately a military coup.

Just prior to the film’s January 24th world premiere in the World Cinema Documentary Competition at this year’s online Sundance, Filmmaker reached out to the director to learn all about her 6-year-long project, including how in the world she avoided arrest while shooting in an authoritarian-controlled police state. Midwives was just picked up by POV out of Sundance.

Filmmaker: How did you meet Hla and Nyo Nyo? Did you return to your hometown looking to document the lives of midwives specifically?

Snow: I wanted to learn more about the ongoing conflict in my hometown in Rakhine State in Western Myanmar; I wanted to understand where all this anger and hatred was coming from. As a female filmmaker, I first thought of searching for a storyline about women in the conflict zone. Many people were saying that the Rohingya population was growing because of a lack of access to birth control. That made me curious to find midwives practicing in the region, and explore their roles in the conflict zone.

My idea was that this would be a story about midwives even before I met Hla and Nyo Nyo. I wanted to find one Buddhist and one Muslim working together in the same village. So I went back to Rakhine State and began searching. With the help of my aunt I found these two extraordinary midwives. After I found them my main concern was with women in the conflict zone, and how they are able to get on with life.

Filmmaker: What boundaries did your protagonists set, either for safety and/or personal reasons? What was off limits to the camera?

Snow: Spending time together over so many years, there were no personal boundaries between me and my protagonists. Nothing was off limits. But for safety reasons there were so many challenges. Just shooting right outside Hla’s clinic was almost impossible since there were police barracks right across the street. Security considerations on this film were everywhere, all the time.

Filmmaker: As someone who is from Rakhine State you were able to gain access to your characters and their village in a way I’m guessing most outsiders would not. Might being a Myanmarese filmmaker also put you at greater risk, though? Or would a foreigner with a camera have been arrested just as easily?

Snow: Because of the ongoing Rohingya conflict and the violence between the Rohingya Muslim and Rakhine Buddhist communities, foreigners are prohibited from entering those villages. It would be difficult for a foreigner to make a documentary in this village without permission or understanding the local languages.

The police station is just opposite Hla’s clinic and there are checkpoints along the road to the village. It was not safe to bring a camera and sound equipment to the village during the first two years of filming. So I went as a one-woman film crew and brought only an iPhone and a small HD camera. I had to shoot with an iPhone for two years in order to avoid attention from villagers and patients in the clinic.

At that time I mainly shot in the clinic as well as at Nyo Nyo’s house. When a new conflict arose between the ethnic Rakhine Army and the Myanmar Military, the soldiers and police station opposite of Hla’s clinic suddenly disappeared. From that point on I was able to return with my cinematographer, and we had a chance to shoot with the Rohingya villagers in the village and on the road.

Rakhine people in the region have a lack of trust with other ethnicities who speak different dialects. Both my understanding of the language and my ethnic background helped me build trust with my characters. I became like a sister to them.

Filmmaker: It sounds like simply getting equipment onto location was indeed a harrowing clandestine operation, from having to film primarily with the iPhone, to sneaking in a drone the day before a shoot. How exactly did you overcome so many logistical challenges, though? Did you employ fixers or pay bribes along the way?

Snow: I grew up under a military regime and started making documentaries in 2007. It has never been easy to make documentary films in Myanmar. Even back then holding a camera on the street and filming in a public area was always a risk.

Before we started we needed to think about how we would answer when authorities questioned us about the film we were making. On every shoot I’m always concerned about receiving unwanted attention while holding a camera. Every evening after a day of shooting, when my cameraman and I would come back to the town to sleep, we would discuss our security concerns and how to make sure things were done safely. Every day we had to pass through a military gate on the way to the village, and that made us the most anxious. We would both try to look calm but inside we felt panic.

I did not employ any fixers due to security concerns. More people means more attention. I only made contact with our trusted tuk tuk driver from the town, and with Hla and Nyo Nyo.

Filmmaker: I remember Midwives taking top honors at Hot Docs Forum the last year I attended that fest in person (i.e., pre-pandemic), and that it was also one of a handful of projects subject to a media blackout at the time. So were you and your characters in greater danger back in 2019 than you are now? What’s changed with regards to everyone’s safety?

Snow: Back in 2019 a conflict broke out between the Arakan Army and the Myanmar Military while we were filming in the village. We heard bomb explosions from afar. The guest house where we stayed warned us to leave as soon as possible. At that time there were no visitors apart from us along with some NGO staff at the guest house. If we decided to stay longer it could have been dangerous for our characters, my cameraman and myself.

The Myanmar Military has forbidden journalists to call the crackdown in Rakhine State a “civil war”; they must describe it as a “war of annihilation against insurgents.” Journalists have been detained for reporting on the conflict in Rakhine State. Because of that our team requested a media blackout at Hot Docs Forum.