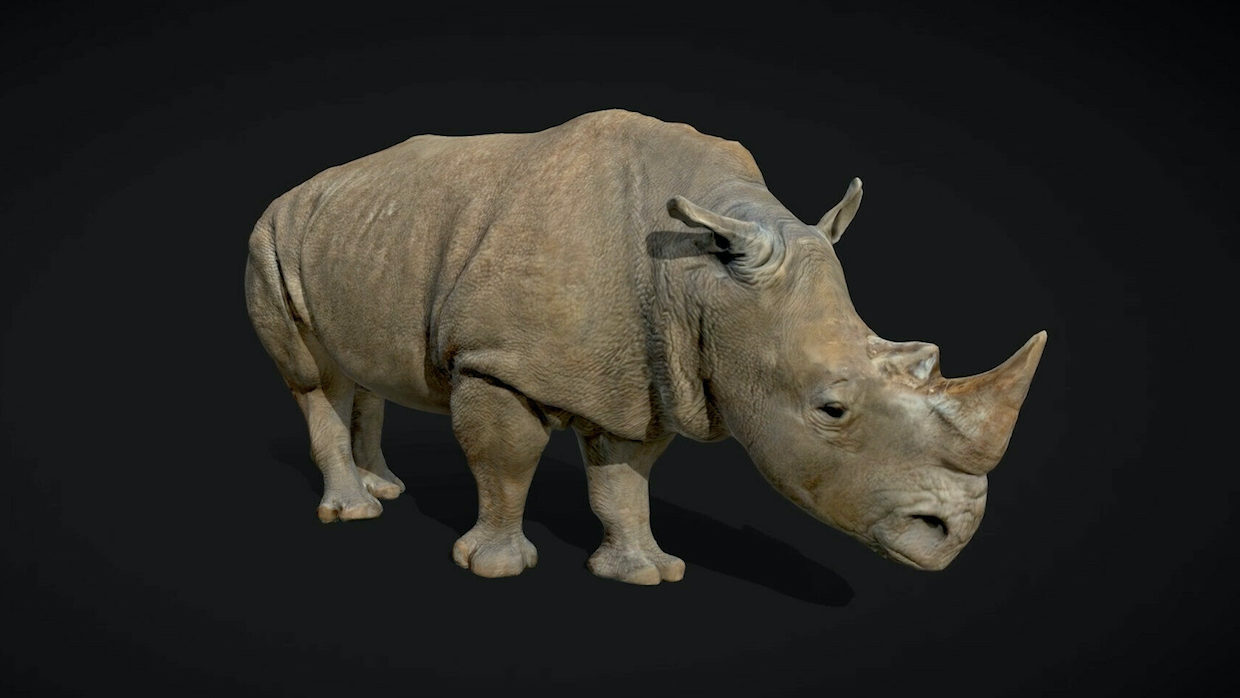 One of my favorite memories of attending a decade-plus of True/False is from the 2015 edition of the now-defunct Neither/Nor sidebar, annually dedicated to a small retrospective with accompanying monograph. A selection of unknown-to-me Polish cinema programmed by Ela Bittencourt structured that year’s on-the-ground experience from my first screening, Marcel Łoziński’s 1981 How to Live, as hilarious as promised by its description: “In the 1970s, young Polish couple [sic] attend a government-sponsored summer camp where they learn to become the ideal communist family.” The sidebar produced a number of related beguiling sights, not least the now very senior filmmakers in attendance wandering around bonfires surrounded by college students and miscellaneous industry figures, clearly dazed and gratified to be receiving such unexpected, latebreaking recognition in the midwest.

Change is inevitable: Neither/Nor’s last edition was in 2020 and the programmer who directed it, Chris Boeckmann, is no longer with the festival. Following 2021’s largely virtual edition, this year’s curation for a long weekend of IRL reconvening came courtesy of returning programmer Amir George alongside three new colleagues (Chloé Trayner, Eric Allen Hatch and Robin Robinson). And while Marcel never did make it out in 2015, his son Pawel was onhand this time to introduce his latest film, The Balcony Movie, a task which came with an extra, unplanned charge: If 2020’s edition was structured by rapidly percolating COVID anxiety, this time around Russia’s invasion of Ukraine provided equal ambient saturation. For his part, the (now not-so-younger) Łoziński used his introduction to urge the audience to “get your government to stop this crazy war,” which sounds vaguely laudable but not entirely precise: what exactly was being called for? Elsewhere at the festival, Nastia Korkia’s GES-2, which premiered at last year’s Venice Biennale College, had its file updated in time to begin with an open letter with dozens of fellow Russian filmmakers calling for the country’s withdrawal from Ukraine. She introduced one screening in a Ukrainian flag t-shirt, while Ruslan Fedotow concluded the intro for the final screening of his film, Where Are We Headed, with “Fuck Putin and enjoy the film!” As for Ukrainian filmmaker Sergei Loznitsa, whose Mr. Landsbergis was screening, he couldn’t be there at all: he had to drive to Poland from Germany (his home since 2001) to pick up his parents, who’d just fled their home country.

In 1999’s Taka historia (translation: “that’s the way it is”), Łoziński made use of his apartment building by looking inwards to profile two neighbors, frequently roaming the building’s interior courtyard. Here, he turns his gaze outwards, setting up shop on a street-facing balcony. Acting as his own camera operator (and, arguably more impressively, boom operator), Łoziński spends many passing seasons standing and trying a variety of tactics to rope passers-by into acting as his subjects. The film is structured, perhaps predictably, as  a comedy of failed attempted interactions that gradually deepens into moments of true feeling: one stranger invited to have a chat about life responds, flatly, “No. Because life is shit.” Eventually more forthcoming subjects are located, the most generally receptive being the newly in (or out) of love, children, theatrical types and the elderly. The documentarian also lands on three regulars, two of whom Łoziński already has pre-existing relationships with: his loving but sometimes skeptical wife—who’d like some help with the housework and says so when she walks past his camera—and an elderly neighbor who, by her own description, talks too much, especially about how she misses her late husband. The third subject is a fresh-out-of-jail ex-con, initially sighted panhandling under Łoziński’s window, who turns out to be an ideal subject—a volubly articulate full-disclosure open wound trying to make a fresh start who can be counted on to show up in the dead of winter to muse about how finally finding low-paying employment only seems to make his life worse. “I get it,” he says, sounding for all the world like a Paul Schrader character translated into Polish. “Penance is penance. But come on, how much can you take?”

David Foster Wallace described the narrative voice he deployed for his nonfiction essays as coming from someone “a little stupider and schmuckier than I am,” and the clearly canny Łoziński seems to be doing something roughly the same. With his broad, open-ended prompts, he’s looking for natural performers on sidewalks, and no one passing by is itching for social media fame. His feigned disbelief when people are resistant is most sharply called out by one would-be subject who eventually breaks through her own self-confessed anxieties, crosses the street closer to him and tries, with limited success, to open up for the camera. This must be easy for him as a filmmaker, she says with accusatory resentment—for her, it’s terrifying. Łoziński avoids the more maudlin, children-and-retirees-say-the-darndest-profound-things version of this movie while professing disingenuousness about what he’s looking for. In the end, nothing cumulatively emotionally overwhelming comes of the experiment, which may well be the point—taka historia indeed.

Claudine Bories and Patrice Chagnard provided another of my highlights of True/False 2015, the excellent (and boldly titled) Rules of the Game. They returned with Vedette, precisely the kind of movie that’s considerably funnier to summarize to people than to watch. “Vedette” is the name of a cow that’s the film’s main subject—and, as Gary Larson repeatedly demonstrated in The Far Side, bovines are inherently comical. Furthermore, Vedette features multiple scenes where Bories reads Descartes, Kundera et al. at Vedette to try to get a response—again, theoretically pretty funny. But humorousness isn’t on the agenda: According to their press kit interview, part of what drove urban chroniclers Bories and Chagnard to film cows in the Swiss Alps was growing ecological consciousness and a desire to explore where animal slaughter for meat fits in the middle of that.

In practice, that means, at first, a lot of shots of Vedette winning her title as a “queen” in cow fights (an especially esoteric Swiss tradition). These slow-moving, cow-on-cow affairs are captured in indifferent handheld; later, her title established, Vedette roams the Alpine countryside. Living in NYC, I haven’t especially been starved for the “big-screen experience” since the theaters reopened—still, it’s good to travel to a fest for an experience like seeing a cow’s gigantic, moist nostrils or its terrifyingly long tongue flickering in and out on a screen meaningfully larger than my home projector’s throw size. But Vedette is slow going, diligently unexciting verite whose disruptions (like, say, reciting philosophy to a cow) don’t juice the proceedings. Vedette temporarily changes hands, from her original owners (sisters Eloise and Nicole) to the filmmakers themselves, but nothing about the movie much changes because of that transfer. And, philosophical interventions or no, the movie’s ultimate goal is, to my mind, naively and regressively anthropomorphizing. When the voiceover explains in the home stretch that “I’ve understood that one can be friends with a cow,” I wasn’t convinced—the title of the dimly remembered 1974 nature documentary-ish Animals are Beautiful People basically expresses the movie’s worldview.

More productive ways to engage with animals and the apocalyptic moment came in tucked away in one of this year’s three shorts programs, of which I saw two. The strongest one, a brisk program of five, finished with three winners in a row. Robert Machoian and Rodrigo Ojeda-Beck’s Last Days of August is, per its title’s tone, lightly elegiac—a series of gorgeous, full-frame 16mm still shots from nearly-emptied-out Nebraska towns, with farmhouses and prairies captured in nicely dappled sunlight. Machoian acts as his own DP; the film is as beautiful, and attentive to lesser-captured rural Americana, as The Killing of Two Lovers, without the artificial arc of drama on top. This gave way to Deniz Tortum and Kathryn Harrison’s Our Ark, which contains a lot of footage of animals scanned in to make up a “digital Noah’s ark.” The short runs through the history of motion capture and VR scans of hands, environments and the natural world; eerie of images of turtles swimming through a pure blank digital void and iguanas floating in space are both eerily uncanny valley and disturbingly context-less. What might their utility be? The narrator proposes one grim reading of how this virtual world, rather than serving as an empathy machine to generate urgency, might act instead: “As we bring our world to ecological catastrophe, we can tell ourselves that we are terminating only one of infinite simulations.” As for the titular ursine in Jack Weisman and Gabriela Osio Vanden’s Nuisance Bear, a roving polar bear passing through a small town in deep Canadian winter, surveilled relentlessly by gawking tourists, local government and the filmmakers themselves before being shot by a tranquilizer dart: that bear did nothing wrong and it is the humans who should leave Manitoba. Captured in spectacular long shots from a rig mounted to the directors’ car, this short did indeed, as so often promised, make me feel indignant empathy.

Viewing-wise, my fest peaked with the 246 minutes reserved for the US premiere of Loznitsa’s Mr. Landsbergis. This is another of Loznitsa’s many, many archival reconstructions of Soviet-era and post-glasnost history, this one focused on Lithuania’s three year-struggle for independence from 1989-91. The bulk of the film draws on a deep archival well of video footage, in 1.33 per the time, but frames this within interview sequences with Vytautas Landsbergis, leader of Lithuania’s Sąjūdis independence movement. Loznitsa shoots these interviews outside, in a garden where the light is nice, and in widescreen, whose epic connotations inherently valorize the modest-seeming Landsbergis. Nearly the same age as Robert McNamara when Errol Morris interviewed him for The Fog of War, Landsbergis is every bit as sharp and infinitely more laudable. He frames his history in a very familiar post-USSR narrative, using terms like “empire of lies” and quoting Solzhenitsyn. This accords with Loznitsa’s own views about the Soviet experiment and its present-day fallout, which he’s not shy on articulating at this precise moment: “There was no universal condemnation or analysis or attempt to try those who committed the crimes during the Soviet time. So it is hardly surprising that now we are facing a very similar regime, which is just as totalitarian, just as repressive and just as criminal as the Stalinist regime was.” (Tankies should not watch this movie.)

As might be expected, there are a lot of speeches throughout, catnip for connoisseurs of late-period Soviet camp. Here, simple gestures that might register as corny—e.g., the rough equivalent of “Hands Across Lithuania”—actually register as meaningful and moving; in that non-verbal sequence, the sight of a camera driving past literally miles of silent citizens, holding hands and presenting a united front, has a spectacular charge almost designed for the cinema. In a more expected Cold War tail-end pocket a la Videograms of the Revolution, there are long scenes of three-Red-star military brass screaming at Soviet congresses about how Sąjūdis’s initiatives violate various clauses of USSR legal documents, with faux-legal niceties giving way to cruder condemnations like “a stab in the back.” Inevitably, all this foolishness ceases, giving way to Soviet tanks rolling into Vilnius to demonstrate a little more clearly what the stakes are—needless to say, the screening’s timing was eerie. At the very beginning of the film, Lithuanians gather in an arena to sing the national anthem to kick off a rally with which Sąjūdis publicly launched itself; three years and four hours later, that scene is repeated in a post-independence landscape. The public speaker leading the demonstration says that he remembers that first gathering and group song, and we do too—the four hours it takes to experience the truly awesome collective effort towards some kind of freedom seems, as viewers, like the least we can do.