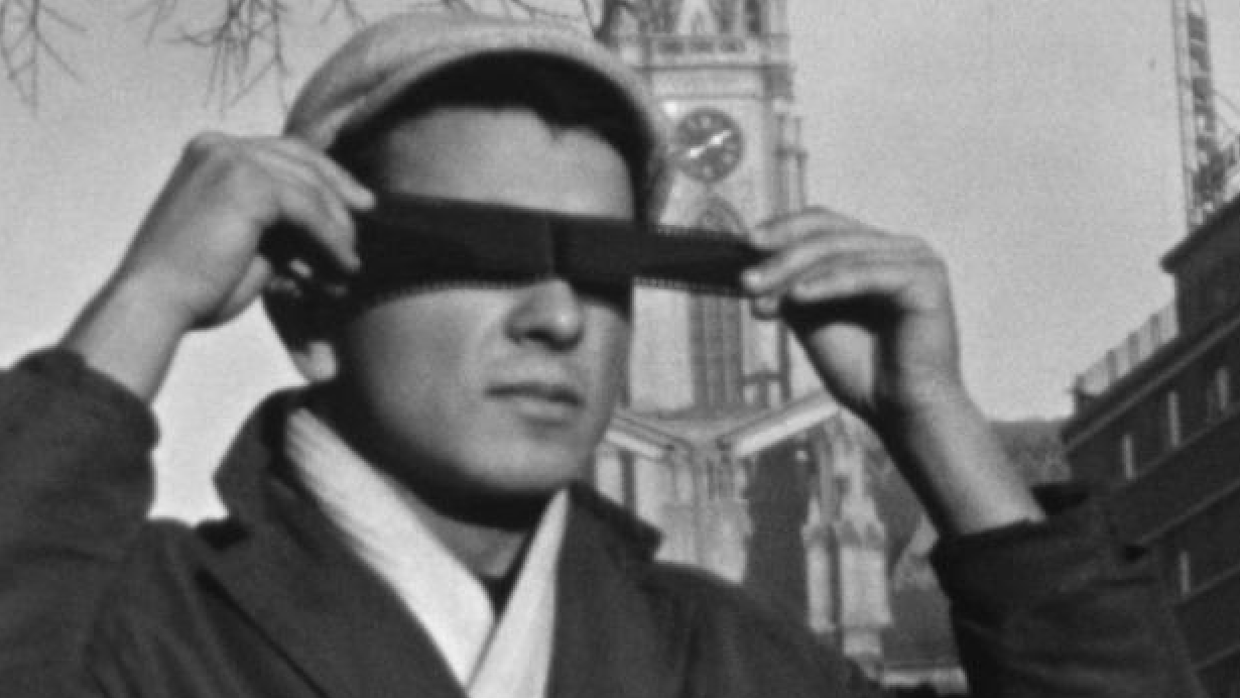 In keeping with its 50/50 gender balance pledge, this year’s DOX:AWARD program—CPH:DOX’s international main competition showcasing an all-premiere lineup—featured six male- and six female-directed films from a range of countries. And, as in years past, I agreed to watch and rate them all on a scale of one (not my cup of tea) to four (brilliant!) stars for the Danish film magazine Ekko’s international film critics’ jury grid. It’s an annual duty I’ve come to grudgingly love. On the one hand, I have to watch a dozen films that weren’t necessarily on my must-see list (that I’d carefully whittled down from the “200 new films, 76 world premieres, 59 competition titles in six international competitions” boasted in the press release). On the other hand, doing so forces me out of my cinematic comfort zone – exposing me to new names and undiscovered gems I’d otherwise surely have missed.

Case in point: Nataša Urban’s The Eclipse, which thrillingly took the top prize (from the real jury, that is—not us shadow critics, including me, who ultimately went with the undeniably heart-soaring crowd-pleaser Fire of Love). It was one of three female-helmed films I gave my four stars to, while the other three got my three stars. (As for the guys—well, good thing the 50/50 gender balance pledge allowed for some affirmative action. One three, another one, the rest twos.) The title of the Norwegian doc—painstakingly crafted by a Serbia-born, Oslo-based, now-exiled director (and IDFA vet)—refers to the natural event in 1999 that briefly plunged Europe into darkness. But it’s not the only eclipse referenced in the film, nor much more than a point of entry into this poetically personal, 16mm-lensed, multilayered journey through the former Yugoslavia.

By returning to her homeland to gather firsthand stories from friends and family members—including her elderly father, who seems to have spent the brutal Milošević-led years wandering the idyllic countryside and writing jarringly oblivious entries in his journal (which he now narrates in VO while hiking through nature)—Urban is able to uncover a past that is also palpably present. Reminisces about WWII flow through to the Bosnian War, memories both fond and buried emerge and, in the end, we’re left with a dreamy portrait far more illuminating than any war-torn reality.

Where Urban’s film unearths the mundane within yesterday’s cataclysms, Susanne Regina Meures’ Girl Gang (three stars) finds terror in the banality of today’s social media-addicted world. It’s a 97-minute-long car crash of a doc starring a 14-year-old influencer from Berlin with half a million followers, and two helicopter parents seemingly more concerned with protecting the virtual brand than their flesh-and-blood daughter. Over four years, and with up-close-and-personal access, the Swiss-German director—whose 2020 Sundance-premiering Saudi Runaway documented a very different sort of damsel in distress horror story—follows Leonie (aka “Leoobaly”), who seems to have cracked the online attention-getting code with her regular girl “authenticity.” It nabs her super-fans like 13-year-old Melanie, founder of an all-Leo Instagram account, who along with thousands of other frenzied teens her age treats the equally young influencer as if she were the second coming of Elvis. (At one point Melanie screams “I don’t exist!” when her account inexplicably disappears, forcing her into a near meltdown.)

Disturbing, indeed—but even more unsettling are the reactions (or, rather, lack thereof) from Leonie’s mom and dad as their underage meal ticket licks popsicles in a pool or dances around in heart-shaped, Lolita-style sunglasses for adoring followers (and corporate advertisers). Leonie’s GDR-raised father/manager is just too busy cultivating his own following, enlisting his media savvy kid in ensuring he doesn’t look fat and wrinkled on TikTok. In the end, Girl Gang shockingly lays bare what happens when today’s hyperconnected landscape allows for no adults in the room. (Which admittedly, guiltily provides us viewers with the riveting cinematic equivalent of helplessly watching junkies deteriorate.) Nevertheless, structured as a sort of Grimm fairytale for the social media age, Girl Gang is likely to go down as one of the scariest cautionary tales of the year.

Finally, though it wasn’t part of the DOX:AWARD lineup (taking top honors in the F:act Award program instead), Lena Karbe’s Black Mambas likewise introduced me to an under (my) radar female director behind a thought-provoking new film. (As for all the other competition categories, only one male-helmed doc—Simon Lereng Wilmont’s A House Made of Splinters in the Politiken:DOX Award program—garnered first prize.) The title of the Munich-based filmmaker’s latest refers to a group of camouflage-clad South African women on a militaristic mission to rid the Kruger National Park of poachers. Ingeniously, what begins as a character-based study of tough, high-minded Black women (many with young kids) by a white German director (and Berlinale Talent) becomes a stunning expose—not of a grassroots fight against illegal hunting, but of insidiously ingrained colonialism itself.

It’s a cinematic trick that perhaps only a female European filmmaker could have pulled off. Even while gaining trust by delving deeply and respectfully into the individual lives of these ambitious young women, Karbe never loses sight of the structural racism (and misogyny) forever bent on keeping them down. Crucially, Karbe also manages to spend time with the organization’s founder, an outrageously smug white guy whose paeans to female empowerment are belied by his relishing of power over the Mambas’s every move. It’s this blowhard who strategizes when, where and how they will patrol the vast nature reserve—that is, when he’s not thinking up ways to capitalize on the latest endangered species. (In addition to Black Mambas, rhinos—or pangolins, or whatever hot poached animal happens to be trending on social media—are also a great fundraising tool.) And he’s not the only chauvinistic character: an older, white male supervisor Karbe likewise follows is similarly eager to tout casually racist claptrap about the need to change the women’s lazy “mindset.” Ironically, “mindset” is also the word used by the founder in one rare unguarded moment late at night. Speaking to the camera he derisively describes the park—named after the white South African politico Paul Kruger—as “the last Bastille” of the white colonialist mindset. Ultimately, Black Mambas is a twin portrait of both heroic and dubious do-gooders joining forces to protect vulnerable animals from extinction—only, for one side, the endangered includes their own colonialist selves.