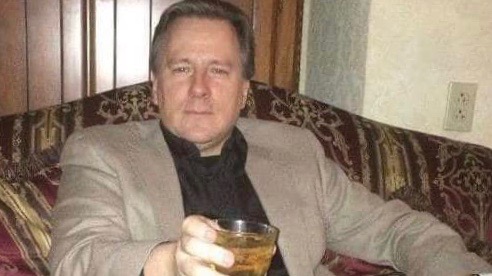 Film writer and festival curator Travis Crawford, who worked extensively with various home video labels in the restoration of classic foreign-language, independent and genre work, died this week, I was saddened to learn via social media. He was 52.

Crawford, who for many years curated the Philadelphia Film Festival’s Danger after Dark series, wrote extensively for Filmmaker over the years, predominantly in the late aughts and early ’10s, when he headed up the print magazine’s “Load and Play” columns. His pieces on Brian De Palma’s Blow Out, David Lynch’s Blue Velvet, and the seven-disk Criterion box-set, American Lost and Found: The BBS Story, about the “New Hollywood” films of Bob Rafelson, Dennis Hopper, Peter Bogdanovich and others, are vibrant, seductive critical appreciations that blend informed historical commentary with a true fan’s love of obscure lore and overlooked detail. He was also a regular interviewer for the magazine, where his pieces include conversations with experimental filmmaker James Fotopoulos about his Migrating Forms; actor-turned-director Asia Argento about her debut, Scarlet Diva; Paul Schrader about his Bob Crane-biopic Autofocus; and Dario Argento, about his horror return, Mother of Tears. His last piece for this publication was an online interview with Peter Braatz about his Blue Velvet Revisited, a Super-8 shot, Tuxedomoon-scored on-set documentary that’s included in the Criterion release of Lynch’s masterpiece. Crawford had one standing pitch he was due to deliver for us, a piece yoking together commentary and interview material around boxed-sets featuring the films of Al Adamson and Alejandro Jodorowsky. At the time of his passing, he was working with Second Sight films on a rerelease of George Romero’s Martin.

Although we met up for coffee a few times, my dealings with Travis were mostly over email, where his precise, detailed, discursive pitches would make clear his passion for whatever he was pitching. I’ll miss his insight, enthusiasms and humor as well as the knowledge that his obsessive zeal was out there in the world, making the case for the rediscovery of another under appreciated cult masterpiece.