“What Would Resnais Bring Back from Japan? I Had Not a Clue”: Producer Anatole Dauman on Alain Resnais, Night and Fog and Hiroshima Mon Amour 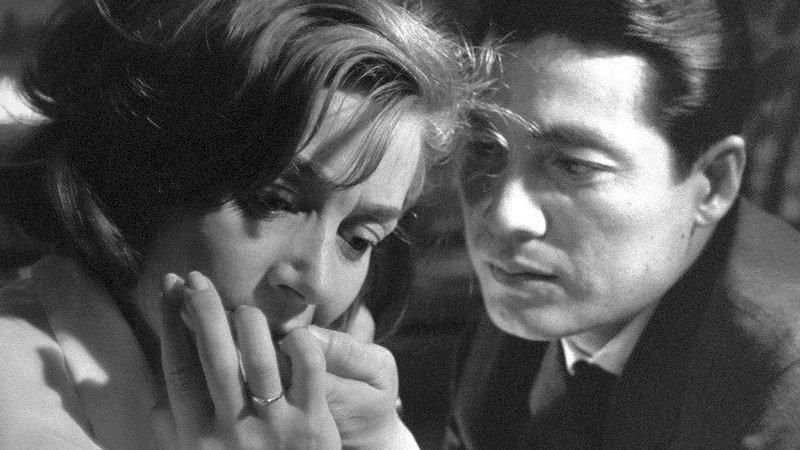 by Filmmaker Staff
in Interviews, Producers
on Aug 11, 2022

The following appeared in Filmmaker‘s Spring, 2000 edition accompanying All Tomorrow’s Yesterdays, an article in which four filmmakers reflect on the work of Alain Resnais. — Editor

Anatole Dauman, through his company Argos Films, produced or co-produced many of the masterworks of postwar European cinema – including Alain Resnais’s Night and Fog; Hiroshima, Mon Amour; Last Year at Marienbad; and Muriel.Following his death in 1998, his daughter, Florence Dauman (herself a producer of A Personal Journey with Martin Scorsese Through American Cinema), assumed control of the company, which today houses the greatest collection of independent cinema in France.

Ms. Dauman kindly provided Filmmaker with the following comments made by her father recounting two of his earliest collaborations with the director Alain Resnais.

“It was our first short film together. Would he accept a formidable challenge: to visually translate the inconceivable horror of the concentration camps? I had no doubt his talent was apposite to this awe-inspiring subject. Several institutions contributed to the budget, and Poland lent considerable in-kind support – plane tickets, crew members, lighting for the entire Auschwitz camp and the camera tracks to retrace the path of death through the labyrinth. Nonetheless, 10 million francs – a considerable investment at the time – was required on the part of Argos Films. On the suggestion of Chris Marker, Alain Resnais chose Jean Cayrol, a Mauthausen camp survivor, to write the grave, unforgiving commentary.

“Night and Fog, cited by Roberto Rossellini as the most important film of the post-war years, ran into trouble with the French censors. They forced us to mask the cap of a French policeman who was supervising the deportation of the Jews who had been herded into the Vel’d’Hiv’. The cap – the unmistakable characteristic of the French police – was proof of institutional collaboration in the Holocaust.

“Alain Resnais came to feature directing through unusual circumstances. I had proposed to Mr. Nagata, president of the powerful company Daiei, a documentary about the A-bomb. It was to be an official coproduction between France and Japan. The working title, a single word – Picadon (in Japanese, the ‘flash’ of the nuclear explosion) – summarized the difficult subject. For months on end, inspiration eluded Resnais. We were losing faith in the project, when inspiration suddenly struck: Japan was to be reflected in the eye of a woman. A yen for fiction swept over Picadon. The deal concluded, we turned our attention to the script. Resnais suggested a new voice in literature, Marguerite Duras. The agreement was promptly signed, and I remember Marguerite saying with gusto, ‘It is not a pot of gold, but it is gold nonetheless since I retain creative freedom!’ The script was written in two months. Time had finally come. I took Alain Resnais to the airport where, minutes before the plane took off for Japan, he confessed to me, ‘I am going, but once I’m there I’ll realize the film is impossible to make, simply impossible.’

“In Japan, Alain Resnais surprised everyone with his assurance. In spite of the language barrier he was able to convey his minutest intentions to the Japanese actors and crew. [He was] a marvel of gracefulness. Hearing the wonderful news, Marguerite was overjoyed and her infectious exuberance restored me. But what would Resnais bring back from Japan? I had not a clue, for I declined to sit through the rushes, favoring the revelation of a first cut.

“After the screening of the first answer print, I turned to Resnais and offered a wicked aside: ‘I’ve seen all this before … in Citizen Kane – a film which breaks chronology and reverses the flow of time.’ He simply replied, ‘Yes, but in my film time is shattered.’

“The language of cinema had just changed, and audiences worldwide were overwhelmed by the picture. ‘The most beautiful film I have ever seen,’ said Andre Malraux at the time. Duras’s writing greatly contributed to this achievement. Resnais was so respectful of Duras’s writing style that he had timed his dolly shots, stopwatch in hand, to match the musical rhythm of her words. I feel, however, that the true power of the film lies in Resnais’s masterful direction and artful editing. I have always considered him to be the sole ‘auteur’ of his films. Time after time, regardless of the screenwriter’s contribution, Alain Resnais’s style always shined through – a unique style which is very much his own.”