“My Social Location as a Member of a Fraternity Makes My Voice a Credible One”: Byron Hurt on His PBS Independent Lens Doc Hazing 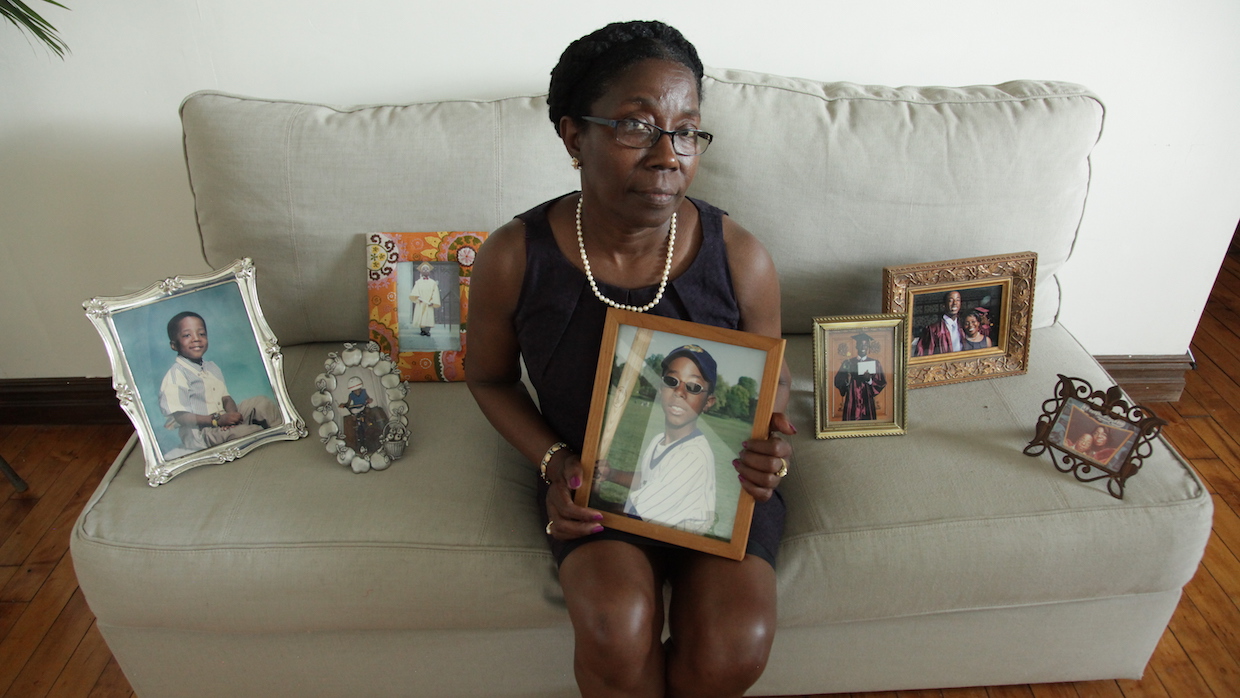 A woman mourns her loved one in Byron Hurt's Hazing

by Lauren Wissot
in Directors, Interviews
on Sep 12, 2022

As someone who never understood (okay, downright loathed) the conformist culture of so-called Greek-letter organizations, I didn’t bother to catch Byron Hurt’s (Hip-Hop: Beyond Beats and Rhymes, Soul Food Junkies) latest doc Hazing when it premiered at the Tribeca Film Festival back in the spring. But fortunately, the film—which takes a deep historical, as well as personal, dive into what Wikipedia defines as “any activity expected of someone in joining or participating in a group that humiliates, degrades, abuses, or endangers them regardless of a person’s willingness to participate”—will now be launching the new season of PBS’s Independent Lens, which gave me a welcomed second chance to correct some of my own very wrongly preconceived notions.

A certain victim-blaming narrative inevitably pops up every time a frat or sorority pledge is irreparably harmed, or too often dies, at the hands of “brothers” and “sisters” supposedly tasked to look out for them. Refreshingly, the director himself is brave enough to likewise challenge his own preconceived notions, taking a holistic approach that stretches across racial lines to ask probing questions of victims’ families, whistleblowing survivors, academics and even still-proud secret society members. As both a onetime pledge and subsequent tormentor himself, Hurt is able to confront his own complicity in the dangerous silence, and in the process expose the root of the insidious ritual, which can be summed up in one painful word: shame.

In order to learn all about this emotionally difficult cinematic journey, Filmmaker reached out to the award-winning, self-described “documentary filmmaker, writer, and anti-sexist activist” a week prior to the doc’s PBS debut. Hazing opens the newest season of Independent Lens on Monday, September 12 at 10 p.m. ET. The film will also be available to stream thereafter on the PBS Video app.

Filmmaker: I’m guessing that you might have always intended to explore the concept of hazing from an academic and historical perspective, yet may have been more reluctant to bring yourself into the story. At what point did you actually decide you had to place yourself—and your own problematic past—on camera and under the microscope?

Hurt: I decided to appear on camera for this film early on in the process. What makes this story unique, in part, is my proximity to the issue of hazing as the film’s director.

I’m a member of a fraternity. I have worked to address male violence for three decades, and I’ve been on both sides of this issue—as a hazing victim, and as a perpetrator. My social location as a member of a fraternity makes my voice a credible one. I’m an insider exploring this issue, not an outsider. This is not voyeurism or extractive documentary filmmaking here. This is a journey to unpack issues that hit home for me.

Filmmaker: I was really struck by how many faces are blurred in the photos and video images. Through what’s not seen (or heard) we really get the sense that the vast majority of those you reached out to declined to participate. So how difficult was it to convince folks to open up on camera? What did and did not work in your approach?

Hurt: It wasn’t really difficult for victims and survivors to open up on camera. They were willing and motivated to tell their story. I did, however, have to work to gain the trust of some of the participants, which did take some time. I had to prove to them that I was sincere, and intended to tell their loved one’s story in a compassionate way. Once they felt comfortable with me, they opened up and shared their painful stories.

It was much harder to get people who support hazing rituals and practices to speak openly on camera because it’s not really cool to admit “I am all for hazing” in front of potentially millions of viewers. It’s definitely not a culturally accepted viewpoint. So getting pro-hazing viewpoints was hard, but we did manage to get a couple to talk on camera. For those who didn’t want to be on camera we offered to conceal identities; but unfortunately, those interviews did not make it into the final version of the film.

Filmmaker: At what point did your EP Stanley Nelson become involved? What role did he play in the shaping of the film—or even just your overall thinking about it?

Hurt: Stanley has been involved on some level with my past three films, including this one. He was onboard from the beginning of the process, and gave me feedback on some initial cuts.

The bar for Stanley is very high and I work very hard to reach that bar. And because I know Stanley well, and the kinds of things he looks for in a story, I was able to steer the ship without too much involvement from him toward the later stages of the film. That said, Stanley is always a phone call or a text message away if I need advice.

Filmmaker: The doc premiered at Tribeca, so it seems you might already have some sense of how it’s being received by members of the Greek-letter organizations. Has it mostly been positive, or have you received a lot of backlash? Has reaction been split along racial lines?

Hurt: There has been both a positive response and a negative response to the film. Many people, across racial and gender lines, who have seen the film in its entirety have reached out to me directly or have posted comments on my social media pages to express support for the film. My team and I have received that support and appreciate it greatly. And that chorus is growing more and more as people watch the film at film festivals.

On the other hand, as I have long expected, there are also people who are not happy that I am taking on this issue in such a public way because it forces people to confront that which is right in front of them. The film is a mirror, and many people don’t like who they see inside that mirror when they see the ugly side of hazing culture that they’ve been silent about or complicit with. So they lash out at me, or the film, or simply refuse to watch it. I’ve been prepared for that kind of response, and I feel very confident that when most viewers actually take the time to watch the film in its entirety they will see that we did our research, treated this subject with a great amount of care, and upheld strong documentary ethics and accountability.

Filmmaker: Finally, what’s your outreach plan now that the film will be screened nationwide? Are you doing a speaking/screening tour across college campuses?

Hurt: Right now I plan on screening the film nationwide at colleges and high schools. The film has been invited to participate in the Southern Circuit Tour of Independent Filmmakers, which is exciting. It’s also getting a lot of requests to screen in educational settings during National Hazing Prevention Month in September—one week after the film’s broadcast on Independent Lens.

In addition to receiving funding from the Perspective Fund to create an impact campaign, we’re also applying for more impact funding to ensure that the people who need to see the film most will have access to it.