“The Natural World Is a Savage Place”: Frederick Wiseman on A Couple 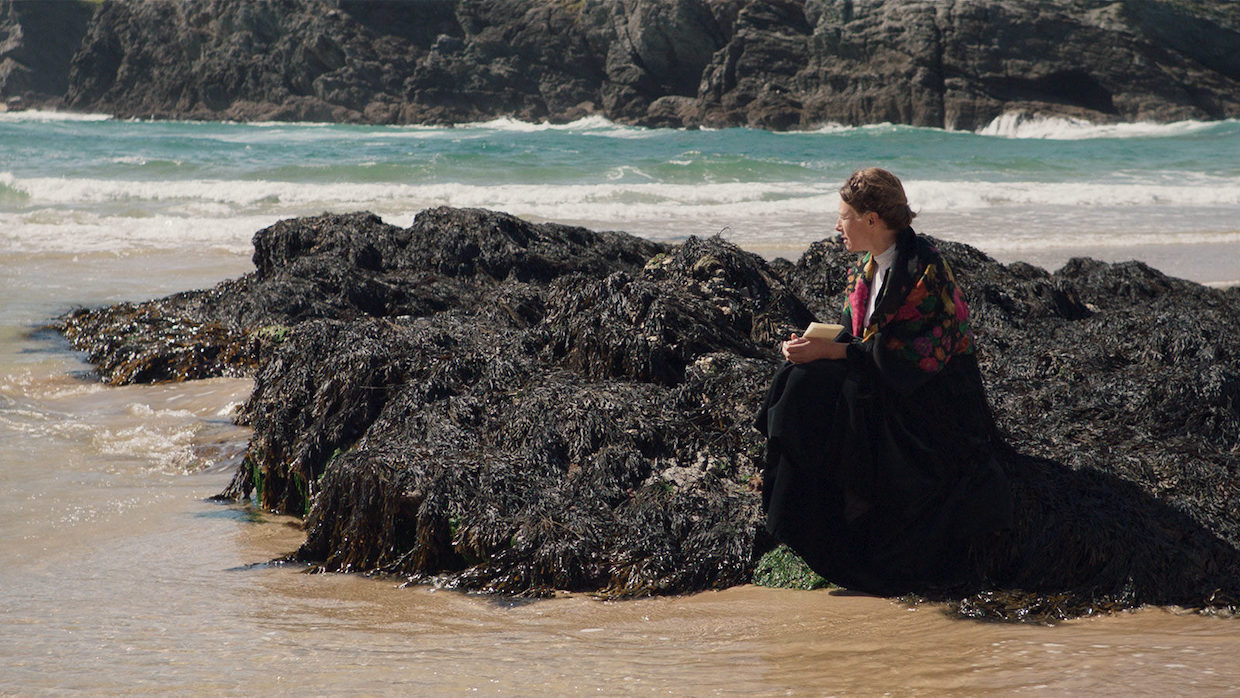 Nathalie Boutefeu as Sophia Tolstoy in A Couple

Frustrated by her marriage, Sophia Tolstoy addresses her husband Leo in a series of letters that veer from bitter to defiant to pleading. Delivered by the French performer Nathalie Boutefeu, the letters and diary entries detail years of resentment and misunderstandings.

A Couple marks a rare turn to narrative filmmaking by Frederick Wiseman, one of the world’s great documentarians. Shot over 17 days by Wiseman’s longtime collaborator John Davey—largely on Belle Ile, an island off the coast of Brittany—the film sets Sophia’s turmoil against the plants and animals that form a seaside garden.

Wiseman spoke with Filmmaker before a screening of A Couple at the New York Film Festival. The film opens at Manhattan’s Film Forum on November 11.

Filmmaker: How did you and Nathalie Boutefeu prepare for A Couple?

Wiseman: We started thinking about this two or three years ago. We both read Sophia’s journals and Tolstoy’s letters. The journals are very long—one volume is 800 pages. Nathalie made a first selection, then I winnowed that down. We talked a lot about what we wanted to do with the material, the implications of her diary entries and his letters to her. It was a conversation that went on for a year or so.

Filmmaker: You have a few shots of Nathalie writing inside a cottage, but the bulk of the film takes place outside.

Wiseman: Once we settled on the dialogue, I visited the garden, which belongs to a friend of mine. I showed the location to [cinematographer] John Davey, and we discussed alternative framings as we rehearsed.

The garden is a central character in the film. On the one hand, it’s extremely beautiful, or at least I thought so. On the other hand, the garden has a life of its own, which is quite savage. It’s a violent place where animals are chasing and eating each other.

Filmmaker: So the garden is the equivalent to the hostile environment of Sophia’s marriage to Tolstoy?

Wiseman: I don’t know that I would single out Tolstoy that way. I mean, the natural world is a savage place.

Filmmaker: Does Sophia know that?

Wiseman: That depends on what “know” means. Sophia wrote a couple of novels, and the theme is, generally, a heroine wants a stable marriage. She wants a husband who participates in the care of the children, who’s patient with her, who’s kind and gentle, who’s open to talking about things with her, who loves her and wants to spend time with her. I don’t think that’s a particularly unique wish for a man or a woman. It’s not what she had.

Filmmaker: I’m trying to figure out how self-aware she was.

Wiseman: I think she was quite self-aware. She just didn’t know how to achieve what she wanted, which is not an unusual situation, especially for that time. Listen, I think Tolstoy was 34 when he married her. He had lived a very independent life. He’d worked his way through the whorehouses of Western Europe. On their wedding night, he tells her he had an affair with one of the maids, and the maid is bringing up his child in the house. She was 18, so it’s quite reasonable to assume she didn’t know what she was getting into.

Filmmaker: Judging from what’s excerpted here, she was not a natural writer.

Wiseman: Well, she’s not Tolstoy. But she was an extremely intelligent woman, a gifted pianist, someone who spent much of her life transcribing and, to some extent, correcting his texts. She’s not a great writer, but she is a woman who has the capacity to give expression to her feelings—not as great literature, but still an honest expression of her feelings. Not everyone has that.

Filmmaker: I hope I don’t appear to be belittling her. I’m also surprised by how sympathetic Tolstoy becomes.

Wiseman: It’s the eternal issue of what it means to be an artist. How an artist spends his time, and what sacrifices he makes, whether someone like Tolstoy can lead a family life. What mattered most to Tolstoy is his work, everything else is secondary. He made a half-assed attempt to have a family, but he couldn’t do it very well. He wasn’t willing to acknowledge the needs of his wife or his children, except very occasionally. When he wasn’t working, he went riding or hunting, or he attended to his estate. He was one of the richest men in Russia.

Anybody who works in the arts has experienced something like this, maybe not on the same extreme form as in their relationship. Whether a filmmaker, a painter, a writer, whatever, everybody has experienced the tugs of work versus family life. It’s not always resolved in a mutually satisfactory way. I’ve made movies all over America and France. When my kids were young, I tried not to be away more than a month. But a month is a long time.

Filmmaker: I’m wondering how you approached visualizing Sophia’s writing. Did you and Davey work out shot lists?

Wiseman: During the shoot, I wanted to give myself the widest possible coverage. We shot each sequence several times, as a wide shot, a medium shot and a closeup.

Nathalie and I both knew the screenplay very well, because we worked on it together. We discussed the feelings that we wanted to convey. We rehearsed on location, and if I wanted something changed, we did it again. We did every sequence in at least five or six takes. That gave me choices in the editing room as to how I wanted it to finally play.

Filmmaker: At one point, Sophia sits on a rock in front of a stand of bamboo. You shoot her from several angles and match action when she moves at one point. When you shot each take, did you have an idea of how to assemble the sequence?

Wiseman: No, I didn’t know how I was going to assemble it as I was working on it. I wanted to make that choice in the editing room. I felt I didn’t have that time during the shoot, and I didn’t want to make decisions on the fly. I wanted to be able to study the material and figure out emotionally the best place to make the cut.

Filmmaker: How did you prepare for editing?

Wiseman: I knew I would need transitions. Over the course of the shooting, and for three days after we filmed the text, we spent time in the garden collecting cutaways. I had something like 250 shots of the garden. John and I wandered around getting shots of the trees, the flowers and the pond. I also tried to collect a lot of shots of Natalie sitting, walking, contemplating. I didn’t know where I was going to use them, but I also knew that I didn’t want her talking all the time. I needed breaks between the various sections of monologue.

Filmmaker: Can you talk about the decision to have Nathalie address the camera directly?

Wiseman: I had her look at the camera directly during the moments when she was addressing Leo directly. When she’s thinking, reflecting, she’s not looking at the camera.

Wiseman: For lack of a better term, I used a much more expressionistic approach in that film. The people that the Anna Semyonovna character talks about are represented by shadows. So, at any given moment in the film, the frame ranges from no shadows to as many as 40 shadows. Visually, it’s extremely different from A Couple. Also, the narrative tension comes from Nazis, not an unhappy marriage.

Filmmaker: Are you working on a documentary now?

Wiseman: No, I’m working on a project to convert my films to DCPs. I have 32 titles shot on film that can’t really be screened because most theaters no longer have 16mm equipment. A foundation awarded me a grant to clean and restore the films and have 4K masters made. Then I will have to color grade them all. It’s an enormous job.