“This Myth Has Plagued the World for Centuries”: Maxim Pozdorovkin on His DOC NYC Closing Night Film The Conspiracy 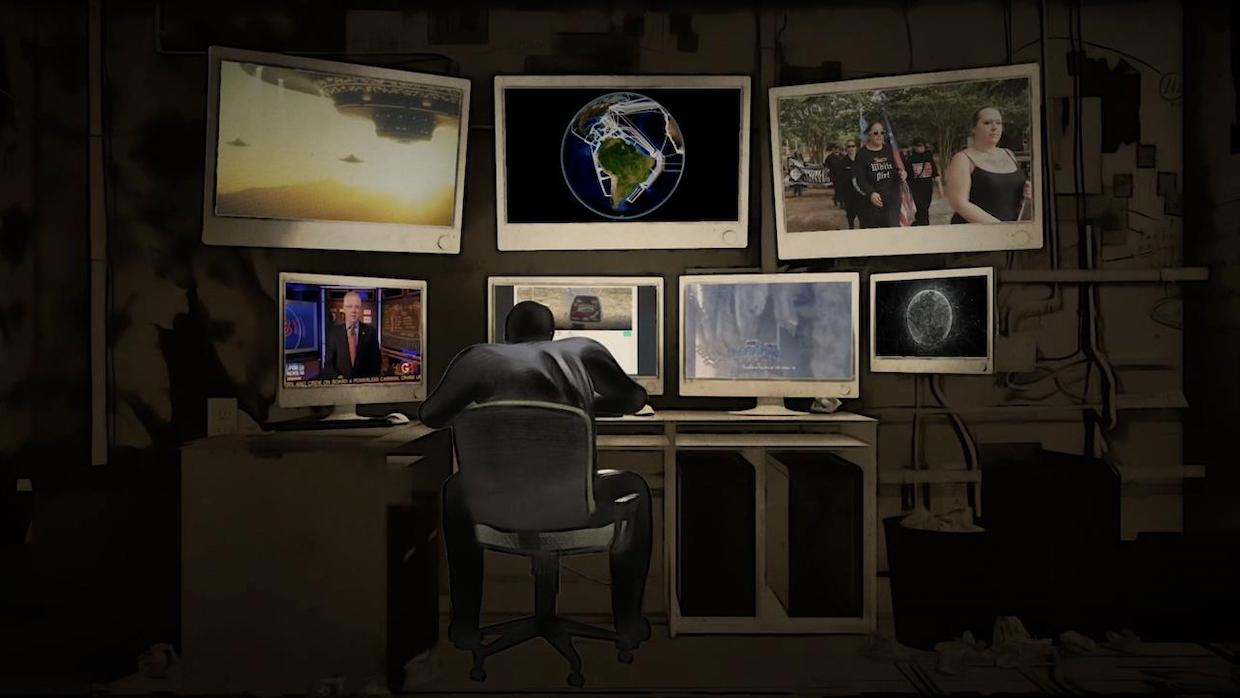 by Lauren Wissot
in Directors, Interviews
on Nov 17, 2022

From robot-inflicted deaths (2018’s The Truth About Killer Robots) to the rise of Donald Trump through Russian state-sponsored media (2018’s Our New President), Maxim Pozdorovkin recently has taken some unconventional routes down the darkest of rabbit holes. So perhaps it’s no surprise that the Russian-American filmmaker’s latest, The Conspiracy, closing this year’s DOC NYC, is both artistically inventive (featuring evocative animation seamlessly wed with archival imagery) and downright chilling. With a powerful score and big names such as Liev Schreiber (Trotsky) and Jason Alexander (Max Warburg) added to the mix, Pozdorovkin weaves together the interwar stories of three prominent Jewish families: the Warburg bankers headed by Max in Germany; the artillery officer Alfred Dreyfus in France; and Lev Davidovich Bronstein, a Russian Marxist revolutionary better known to the world as Leon Trotsky. The Conspiracy makes the case that in times of great upheaval, scapegoating acts like the strongest of opioids—a nonsensical balm that nevertheless can expeditiously soothe a nation’s soul.

Prior to the film’s DOC NYC debut on November 17, Filmmaker reached out to Pozdorovkin (also behind 2013’s Pussy Riot: A Punk Prayer and 2014’s The Notorious Mr. Bout) to find out more about this unusual history lesson, one humanity has yet to learn.

Filmmaker: Is this connected in any way to your 2018 doc Our New President, which followed Donald Trump’s 2016 political campaign entirely through Russian state-sponsored media?

Pozdorovkin: One insight from Our New President fueled work on The Conspiracy: When faith in the press and the government erodes, a paranoid conspiracism fills the void. When institutions crumble, societies become overrun by conspiracy theories.

Central to all conspiracy theories is a belief in a secret group that keeps the truth hidden from the gullible masses. Today in America, 44% of U.S. voters believe in a “secret cabal.” The Conspiracy really shows that this myth has plagued the world for centuries, and exactly how it became the bedrock of antisemitism today.

The recent outpourings of antisemitic hate have all been rooted in this vague notion of “Jewish control.” This myth also motivated the perpetrator of the massacre at the Tree of Life synagogue in 2018. This idea has been resurfacing in ever more alarming ways. The Conspiracy uncovers the history of this bad idea—and by bad, I mean both intellectually bankrupt and preposterous, as well as toxic, an idea that has been weaponized in the death and persecution of millions.

Filmmaker: It struck me that you could have easily told this tale solely through archival footage and/or talking head interviews, though you do include a few of those at the end. What prompted you to choose animation as your primary means of storytelling?

Pozdorovkin: When I was approached by producers Dan Cogan, Allison Stern and Caroline Hirsch with the idea of making a film about the history of antisemitism, I was struck by the sheer difficulty of the task. The most obvious challenge was that a film about the history of antisemitism had to represent times that predate film and photography. To my mind, a documentary in which historians recount ancient history is un-cinematic. It’s ineffective as history, and a lousy alternative to reading books. A film must do more.

From the outset, I was certain that we would need animation to render the lives of our main characters. While doing research for the film, I came to the idea that the film’s documentary bedrock would be the memoirs and letters of three Jewish families who were falsely accused of participating in “the conspiracy.” To evoke the inner lives of these characters required a synergy of animation, music and acting chops. I am beyond grateful to have been able to assemble such a wealth of talent to make it all come together.

Pozdorovkin: One of the most liberating aspects of working with animation is dispensing with the need to imitate photographic reality. When every image is handmade, one can represent more than reality to make the images reflect the psychological state of a character, or the essence of a moment.

The decision to avoid subtitles was, first and foremost, a way of letting the viewer take in more visually. Even more importantly, the task of bringing life and nuance to these key, often quite dramatic moments where these characters confronted their Jewish identity was no easy feat, acting-wise. For every role, I wanted actors who could inhabit the words on the page, and put their body and soul behind the animation.

Filmmaker: The animation and archival imagery are wed together quite seamlessly. What was the editing process like?

Pozdorovkin: Given that The Conspiracy spans several centuries, I wanted our animated world to be infused with the texture of the archive, to remind the viewers of the passing of time. Together with director of animation Dasha Bough, producer Joe Bender and editor Matvey Kulakov, we ran a small team of researchers, illustrators, compositors, 3D animators, etc.

Given how labor-intensive animation is, having everyone in the same space was crucial, as it gave us the flexibility to make adjustments on the fly and strike the right balance between archive and animation. Too many signals would have been lost in the Zoom-o-sphere. The greatest challenge was putting together a rough cut with stills and temp recordings, then trying to gauge and improve the film from such a rough skeleton. Usually, one has at least some footage to assemble. In this case, most of the film had to be storyboarded and made from scratch.

Filmmaker: I was also really struck by the powerful score. How did you communicate with your composer? Did you provide a script? A rough cut?

Pozdorovkin: I have been a fan of Frank London for years. Most know him as the mastermind behind the Klezmatics, but I was always partial to some of the experimental records he made for John Zorn’s Tzadik label.

Given Frank’s vast knowledge of Jewish music, I knew he could draw on that tradition without falling into cliches that plague many films on the subject. Frank agreed to compose the film’s score before we had a rough cut. Given the historical scope of the film, I wanted each of the three families to have a distinct melodic theme that would evolve alongside the history.

We exchanged ideas for months, discussing Morricone, Schnittke, Bill Laswell and the ways our score could evolve from the 19th century into the present day. As a trumpeter, Frank has played with just about everybody. When it came time to record the score, he assembled some of the finest musicians in New York’s jazz, classical and avant-garde scenes. As we didn’t have picture lock, we did various takes of several themes, including extended industrial jams, ambient beds, etc. If we ever release a record of the score, I hope some of these incredible tracks can be heard.