“The Complexity of a Disorder”: Svetislav Dragomirovic on I’m People, I Am Nobody 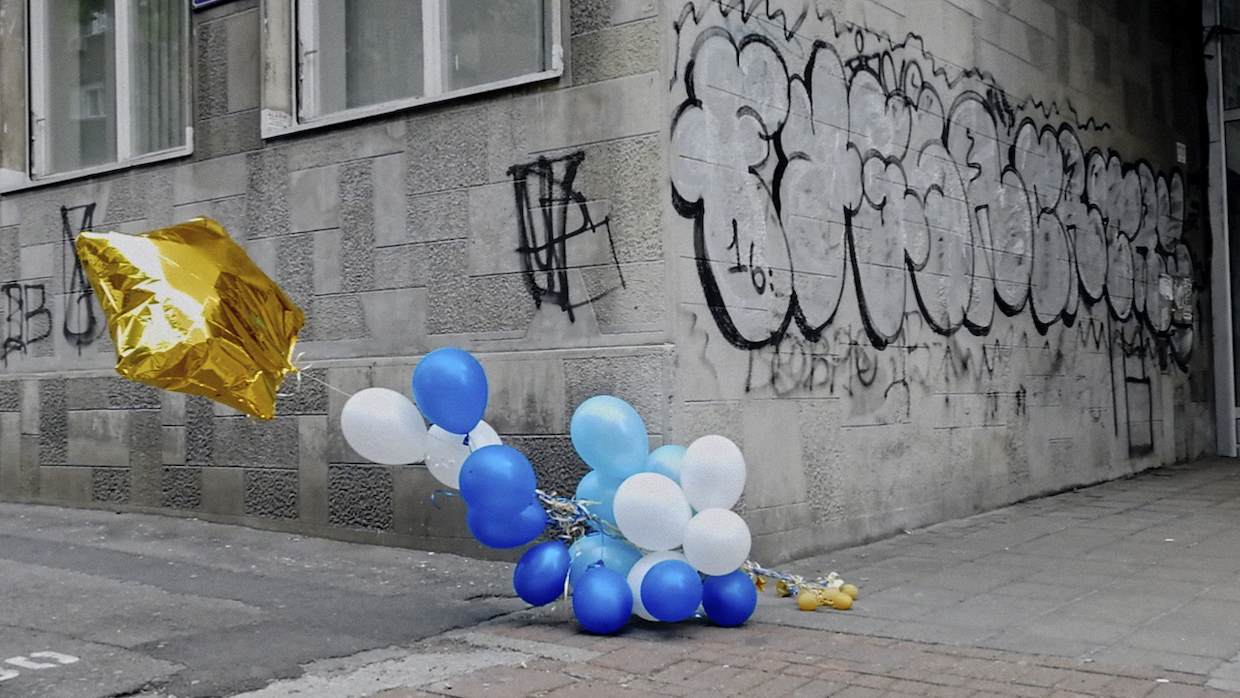 Svetislav Dragomirovic's I'm People, I Am Nobody

by Lauren Wissot
in Directors, Interviews
on Nov 18, 2022

DOC NYC 2022, Documentary, I'm People I am Nobody, Svetislav Dragomirovic

Svetislav Dragomirovic’s debut feature I’m People, I Am Nobody is a film I wasn’t prepared to watch. From its coy DOC NYC synopsis, we learn it’s the story of a 60-year-old retired porn performer from Serbia named Stevan who’s found himself stuck, Kafka-style, in a Maltese jail, accused of indecent exposure. What we don’t learn from that brief description is that Stevan is actually Dragomirovic’s father-in-law, and that the filmmaker received a series of “audio-letters” that Stevan had sent from prison, which form the basis of I’m People, I Am Nobody, an experimental collage that takes us on a shocking journey through Stevan’s twisting (and often twisted) mind.

To learn all about the project, including dealing with a family member suffering from one of society’s most taboo disorders, Filmmaker reached out to the Belgrade-born director-producer soon after the film’s November 16th DOC NYC premiere.

Filmmaker: How did you first encounter these “audio-letters” and decide to use them as the basis for a film?

Dragomirovic: For the first time in my life, I wasn’t looking for the story, but the story found me. The protagonist of the film, my father-in-law, got arrested for public exposure in Malta. He contacted me from prison asking for help. Since he couldn’t send any letters out, he thought that it would be a good idea to speak about his problems over the phone, so that we could record it and then send those recordings to different NGOs on his behalf in an attempt to help fight his case.

At first, I was completely shocked by what he was talking about. Disgusted, even. But as we continued talking, and as I continued listening, I figured out that there was much more to his story. What caught my attention was that public exposure made him feel “alive and visible again.” He was alone and miserable and had started dying from the inside. Instead of fighting, he let the darkness eat him up. That’s something I feel all of us, or most of us, can relate to. It’s hard to fight your inner demons, and this film is partly about that.

Filmmaker: How does your family, including Stevan, feel about you making a film that very well could be viewed as airing dirty laundry in public? Did you ever worry that the doc might serve as just another platform for Stevan’s pathological attention-seeking?

Dragomirovic: The laundry was already out, spread in the backyard for the neighbors to see, before we’d even started making the film. It was hard for all of us to talk about, but it was important to not let this topic, still a taboo, disappear.

I spent a lot of time discussing with the editor of the film, Nemanja Mlojević, how to approach it. We came to the conclusion that since exhibitionism is a strong desire to be observed by other people, we would “observe” him. In this particular case, we would listen to him. It was very important for me to create a platform where he would be free enough to say whatever he wanted.

What happened is that he used this platform to lie in order to defend himself. At the same time, he used it to openly talk about his problem and admit to what he had done. Once he did that, he started feeling guilty, hating the new version of himself. From that point on, he starts burying himself under a pile of lies. At the end of the day, the film is not about if he’s right or wrong. It’s about the complexity of a disorder, its effect on one’s behavior and how we as an audience react to it.

Filmmaker: I found myself completely riveted by the combination of artistic hypnotic imagery and the truly disturbing voiceover that structures the film. Which made me wonder if you took pains to keep from “beautifying” the visuals, and potentially lessening the ugliness of Stevan’s words.

Dragomirovic: It was hard to go down this road, but in order to create a full effect—to paint the rollercoaster of emotions and provoke unpleasantness—we had to do it this way. I could only make assumptions about what was going on in his head, and that’s how I’ve depicted it. It’s a film made up of broken expressionistic imagery.

Filmmaker: The other aspect that makes Stevan’s story so ethically problematic is the fact that he’s found himself caught in the notoriously corrupt Maltese judicial system. In other words, he’s a guilty man who nonetheless can’t get a fair trial, a liar telling the truth about injustice. It also brought to my mind the plight that suspected terrorists being held at Guantanamo face. How do you reconcile wanting to help a railroaded family member who also needs to be distanced from society?

Dragomirovic: As I’ve said before, we all need the space to talk. A big chunk of his space was occupied by the story of the corrupt judicial system in Malta. It’s evident that it doesn’t function properly, and because of that it’s not doing any good for anyone. My mission here was to try to create an environment that would be sensitizing for him. I can only imagine the trauma those children—his victims—went through, but I’m not an advocate for ostracism. What I would like the most is for I’m People, I Am Nobody to encourage public discourse about a taboo topic, and in turn help release such traumas.

Filmmaker: Did you consult with any psychiatrists specializing in Stevan’s disorders during production? Do you plan to get the medical community and/or families with relatives like Stevan involved in future screenings?

Dragomirovic: We’d been thinking about including the medical community from the start. We even reached out to a couple of psychiatrists and psychological publications, and did get a few to engage further than just giving us literature to read. The general opinion was that it is hard to give any kind of diagnosis without getting in touch personally with Stevan, which was impossible.

We have also contacted several organizations that deal with traumatic sexual experiences to see if they saw any value in the film, or a chance to use it as an instrument of sensitization. We certainly have not given up on the idea of including the medical community. Currently, with the film just beginning its festival rounds, we are applying for distribution funding. We still want to build on these potential audiences.