“Nonfiction is the Most Successfully Explored Genre in the Dominican Republic”: Victoria Linares on Lo que se hereda (It Runs in the Family) 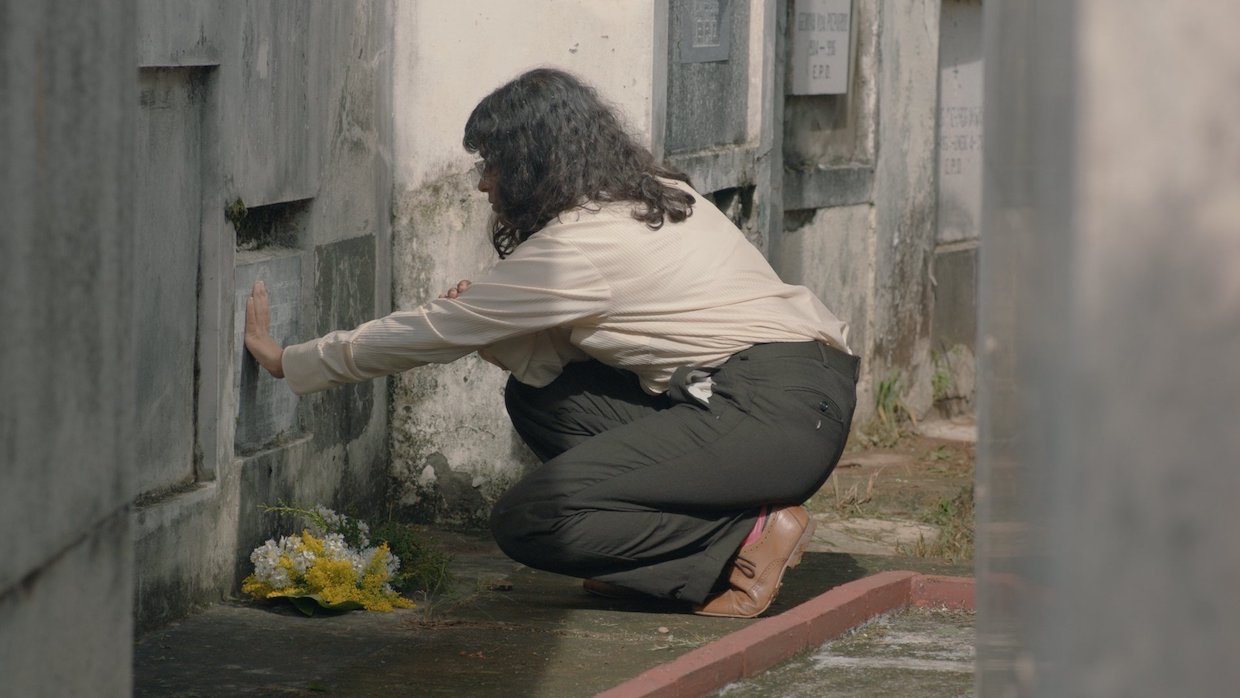 Victoria Linares in Lo que se hereda (It Runs in the Family).

by Michael Piantini
in Director Interviews
on Nov 21, 2022

Working through familial memory is often as complicated as it is difficult. Dominican filmmaker Victoria Linares embarks on this very process in her feature debut Lo que se hereda (It Runs in the Family), about the near-erasure of her cousin Oscar Torres’s existence in their native Dominican Republic. As the film unfolds, Linares learns how similar she is to Torres, despite the two being separated by an entire generation.

Lo que se hereda is hinged upon Linares’s personal discovery of her cousin’s unproduced screenplays and film reviews he wrote in the ’50s during Rafael Trujillo’s dictatorship. From 1930 until his assassination in 1961, Trujillo’s regime carried out waves of ethnic cleansing, restricted human rights and suppressed all political dissent in the Dominican Republic. This suppression led to Torres leaving his home country to live out his days in Cuba and Puerto Rico. The director uncovered the last remaining vestiges of his cinematic pursuits and decided to utilize them in a film of her own.

In 2010, the Dominican Republic passed bill 108-10, which dramatically increased investment in the film industry and has generated hundreds of films since. Seeing Lo que se hereda at DOC NYC amid a wave of remarkable films coming out of the D.R. (work from 25 New Faces alums Gabriela Ortega and Diana Peralta among them) draws anticipation for the future, but makes me wonder what other lost histories might be explored in the emerging Dominican documentary space.

Filmmaker: Memory is one of the major facets of the film, particularly how a family would maintain those memories. There’s the differences between your mother’s and father’s descriptions of you if you hypothetically died tomorrow, or how Oscar’s mother began to burn his photo albums. Was that an idea you were drawing out with those sequences?

Linares: I am a person who’s always been obsessed with memories and keeping souvenirs. I’ve always been a hoarder when it comes to that. My memory is pretty fuzzy due to my acute anxiety, so I always try to lean into objects, photographs—whatever I can get that will somehow bring me back to that place. I was also implying that no matter what you’ve lived or experienced with said person, [that] will never really lead to a full detailed picture of who that person really was.

Filmmaker: The film is a deep dive into your family history as well as wider Dominican film history, including reviews written by Oscar during the Trujillo dictatorship. Did you learn anything unique about film habits during that period?

Linares: The mere practice of film criticism has been lost in the Dominican Republic. To read his reviews is almost like having access to his own experiences inside a movie theater. They’re so vivid, sharp and funny. Someone said to me that he would enter a film with a folded newspaper under his arm and a little black book. He reminds me of my best friend, who does the exact same thing when we watch films together. My friend is also a wonderful writer.

Filmmaker: You found archive materials about Oscar’s work in Cuba, Puerto Rico, and D.R. What was it like to find Oscar’s films, and what is the state of their preservation?

Linares: We worked very closely with the Puerto Rican [General] Archive office during my research. They provided us with a digitized copy of one of Oscar’s films and his unproduced screenplays. Thanks to the extensive and heroic research made by Luis Beiro, the writer of the book [Oscar Torres: el cine con mirada universal], it was rather quick to spot the crucial things I needed for the film. The most precious object is the photo album that the family kept. I still have it with me. It’s pretty hard to let go of such a gem. The state of films that he made while living in Puerto Rico are in good condition. I do not know the actual state of [Torres’s 1962 film] Realengo 18.

Filmmaker: I’m curious about the origins of when you knew that this journey would become an entire film. When your tía sent you that first text about Oscar, did she imagine you would make this film?

Linares: Not in a million years. I think it was something completely heaven sent, if that makes sense. I don’t normally pay attention to what my aunts send me via text message, but this one really caught my attention. I guess there was no turning back.

Linares: The bill is somewhat difficult to explain, and I can’t necessarily describe it as the savior of Dominican cinema. It maintains a homogenous production system that favors fiction films. I had to do this film within six weeks—three weeks of pre-production and three weeks of shooting—and then a whole year of post-production.

Filmmaker: Through the three reenactments of Oscar’s scripts, it seems you are mirroring each other in the subtlest of ways. For instance, the silent sequence shot on 16mm film feels like Oscar made it himself. Do you think those traits and qualities can be passed down generationally?

Linares: Initially, the film had a whole sub-narrative of reincarnation, but then it became something else. His spirit was very much alive and with us during the whole process of making this film. His screenplays were very technical, with descriptions of movements and sounds. I kept asking myself, “How would Oscar do this and that?”

Filmmaker: If you had to describe the documentary scene in D.R. in a couple of words, what would you say?

Linares: A place where honesty and identity are truly explored. From my viewing experience, nonfiction is the most successfully explored genre in the Dominican Republic, from film essays to portraits to docu-fiction. We are a young art form, barely starting to look into ourselves.