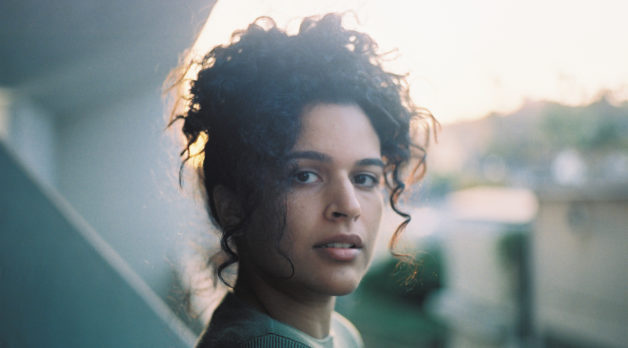 Born and raised in the Dominican Republic, Gabriela Ortega remembers attending theater and improv classes during her adolescence and being blown away by the power of stage presence. “There’s this rhythm where people start breathing with you, and you feel like you’re on the edge of your seat,” she says. She moved to the United States for college, attending the University of Southern California to pursue acting. Needing a flexible work-study position that would mesh with theater rehearsals, she landed a job at USC’s Cinematic Arts Library, where there was “so much information at my disposal. It was really cool to immerse myself in that world.” Her interest was piqued enough to enroll in film courses. By the time she graduated with a BFA in 2017, she was just a few classes shy of receiving a minor in screenwriting.

Eager to return to her home country and create art, Ortega wrote a short film in 2018 illuminating the microaggressions women experience in the Dominican Republic. (“It will always be the place that I’ll call home, but in terms of social issues, many things remain unspoken.”) She also served as executive producer and co-star of the project, titled Un Acto de Rebeldía al Día (A Rebellious Act a Day). Despite the “badass” feeling of working with an all-woman crew, she still felt something was missing from the overall experience. The precise notion then dawned on her: “I think I want to direct.” On a subsequent trip to visit her father—a dentist prone to weaving elaborate stories—she decided to film the day trips they often take together. The resulting documentary short, Papi, was shot entirely on her iPhone for $300. HBO eventually acquired it, where it premiered this past June after making its way through the 2020 festival circuit.

When the pandemic hit, Ortega began writing a screenplay to keep herself preoccupied—“I had this dream that I was going to make it in my apartment for $5,000,” she laughs. Knowing she needed more than $300 and her iPhone to realize the project, Ortega applied to 200 filmmaker support programs, with no luck. Then, the day before submissions closed, she applied to the inaugural cycle of Lena Waithe’s & Indeed’s Rising Voices fellowship, which selected her script, Huella, as a winner. The project was also a much needed emotional outlet for Ortega, whose grandmother fell gravely ill. “I was always told to just be strong when grief happened, and I just got tired of being strong,” she says. “Huella is about me pouring out all of those feelings.”

Stylistically bold and narratively tight, Huella follows a former flamenco dancer (Shakira Barrera) who becomes the target of a family curse after her grandmother’s death. The gorgeous production design and cinematography produce an aesthetic that is sad yet visually playful. “For moments of magical realism—the burning dollhouse, the floating dresses—we did a lot of research on how to do that without it being too VFX-y,” she says. The practical effects are all the more impressive considering that the entire production—from casting to filming—took a total of three weeks, while post-production took only a month. “I got lucky that I found people who will really indulge my crazy ideas,” she says of her predominantly Latino production team.

Huella premiered at this year’s Sundance Film Festival, an opportunity Ortega was “very fortunate to have” despite the strictly virtual program. Through the Sundance Producing Lab, Ortega is adapting Huella into a feature, with the goal of filming next year. She also just completed the Disney Launchpad: Shorts Incubator program, which will release her Beautiful, FL (“a Latina Little Miss Sunshine”) on Disney+ next spring, while Morenita, a feature film she wrote, co-directed and starred in, is in post-production. The feature is poised to follow “barriers of language, womanhood and ancestral curses” between two immigrant women living in LA. Ortega remains fascinated by the chasm between verbal and physical communication. “English is my second language,” she says. “You’re never going to really see me unless we’re speaking Spanish. When words aren’t enough and you’re between these languages and emotions, the body is the only tool that you really have to really express yourself: crying, screaming, dancing, moving. Our bodies map the reality of our experiences.”—NK/photo by Guido S.