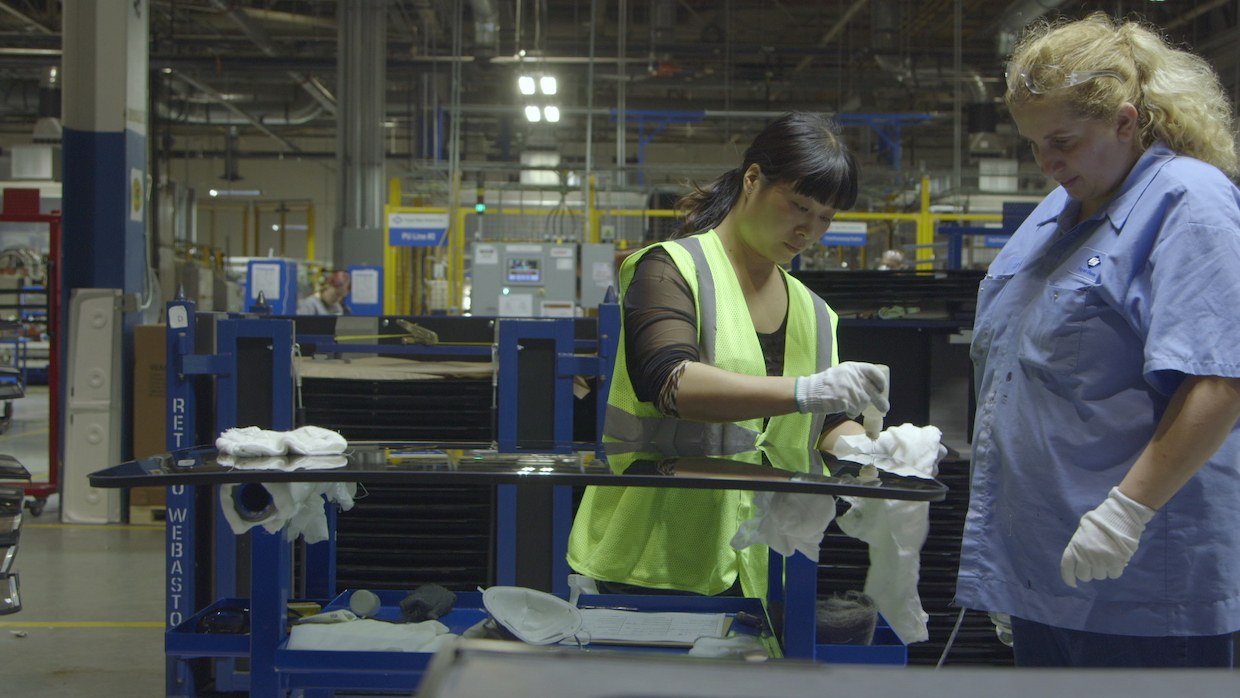 Documentary filmmaker Julia Reichert, who won an Oscar with her partner Steven Bognar for American Factory, has died. Reichert passed away in her Ohio home on Thursday night from urothelial cancer after being diagnosed as Stage Four back in 2018. She was 76.

Reichert’s filmography has championed the plight of marginalized Americans, particularly through the lens of gender and class. Her first film, Growing Up Female (1971), examined the lives of six women, ages four through 35, and their gendered socialization within American culture. The film was originally completed as her senior project while attending Antioch College in Yellow Springs, Ohio. The seminal 49-minute doc was made for just $2,000. Frustrated with the lack of distribution opportunities by and for women filmmakers, Reichert co-founded New Day Films (which still operates to this day) with then-partner Jim Klien. Thus began her 50-year career.

Alongside her win for American Factory, Reichert received Oscar nods for three other films: Union Maids (1976), Seeing Red: Stories of American Communists (1983) and The Last Truck: Closing of a GM Plant (2009). In fact, American Factory, which depicts Chinese and American workers uniting amid union busting at a Chinese-owned GM factory in Dayton, Ohio, is itself a follow-up to The Last Truck.

During her Oscar acceptance speech, Reichert made her staunch pro-worker stance as plain as possible by citing Karl Marx’s Communist Manifesto: “Things will get better when workers of the world unite.”

Ahead of being bestowed with the Empowering Truth Award from Kartemquin Films in 2019, she discussed with Kartemquin artistic director/co-founder Gordon Quinn how vital coming of age in the ’60s was for her artistic and political practice:

I’m a working-class kid, I come from a small town. I remember in college reading Marx and Chairman Mao even, and realizing people like me—working class people—have a role to play in history. It’s not just elected officials or military leaders or whatever, it’s people like me. That was just so incredibly empowering to me coming of age. The Women’s Liberation Movement became my home and where I felt I learned the most and where I felt the most comfortable.

The filmmaker also earned Emmys for American Factory and Lion in the House (2006), a two-part PBS special about five families navigating childhood cancer diagnoses. Ironically, Reichert herself was diagnosed with Stage Four non-Hodgkins lymphoma in 2006 and went into remission that same year.

Reichert has had a long-standing history with The Gotham (formerly IFP and Filmmaker’s publisher), which includes winning a Gotham Award in 2019 for American Factory and advising on the creation of the IFP itself.

Born in Princeton, New Jersey in 1946, Reichert and her three brothers split their adolescence between Bordentown and Long Beach Island. She is survived by Bognar, her brothers Louis, Craig and Joseph Reichert, daughter Lela Klein, nephew Jeff Reichert (also a co-producer on American Factory) and grandchildren Beau Kleinholt and Dorothy Kleinholt.