“This Film Is Not Just for Disabled People, It Is for Anyone Who’s Ever Felt ‘Other'”: Ella Glendining on Is There Anybody Out There? 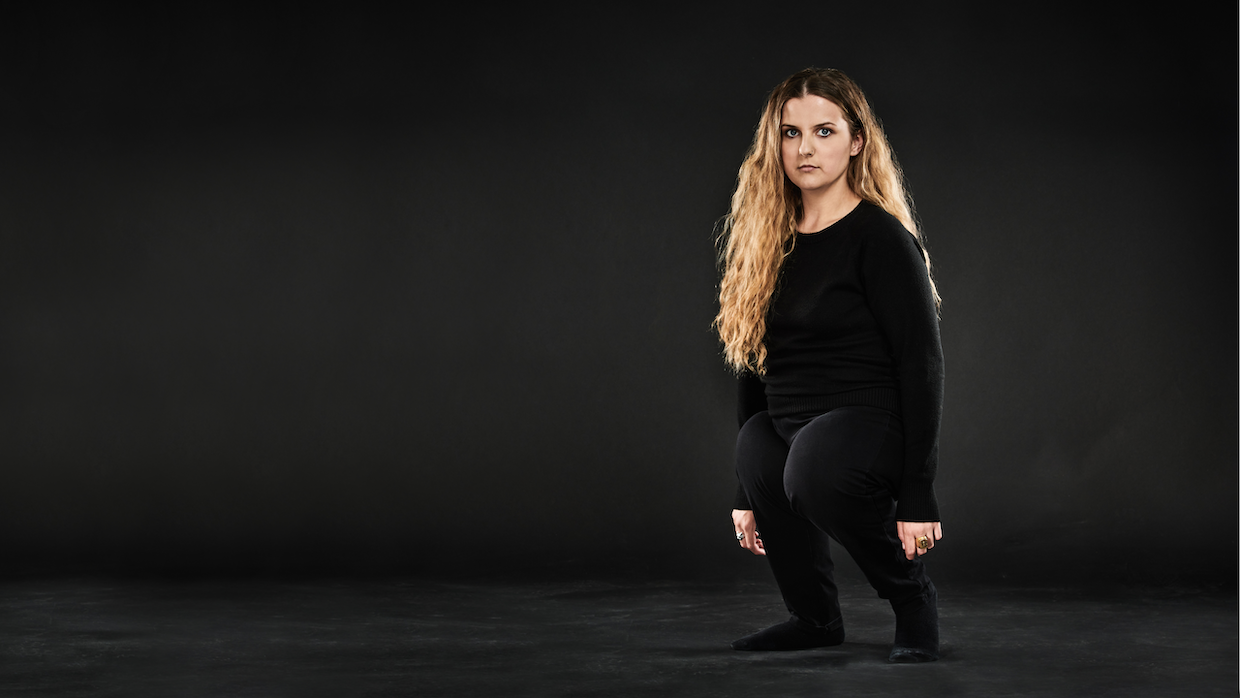 Is There Anybody Out There?, courtesy of Sundance Institute.

by Lauren Wissot
in Directors, Interviews, Sundance
on Jan 22, 2023

Ella Glendining, Is There Anybody Out There?, Sundance Film Festival 2023

While many non-white, non-straight folks have long lamented underrepresentation in cinema, Ella Glendining has literally never seen anyone that looks like her on-screen—or off-screen, for that matter. (Yes, other similarly bodied people are indeed out there; along with fixit freaks like a Miami-based doctor who seems to have cornered the market on “limb lengthening.”) But this truth culminates in the biggest revelation of Is There Anybody Out There?, Glendining’s personal and illuminating non-fiction film: There truly is nobody out there quite like her, nor is there anybody out there quite like you or me.

Filmmaker reached out to the acclaimed writer-director—named one of Screen International’s Stars of Tomorrow 2020 (and who seems right on track to fulfill that prediction)—just prior to her film’s World Cinema Documentary Competition debut on January 22 at the Sundance Film Festival.

Filmmaker: You noted in your director’s statement that, “Throughout the four years of shooting, as my life unfolded, so did the story of the film, and it became something very different to what I set out to make.” Can you elaborate on this a bit? What was the original concept and how did that change over time?

Glendining: In the very early days of its conception, the film was going to be less about me. I was always interested in exploring the experience of existing in a very unusual body, and with a rare medical condition in an ableist society, but that’s about all I knew.

Then I found out I was unexpectedly pregnant, and my producer Janine Marmot told me, “This is brilliant for the film!” Gradually the story became more and more personal, with my pregnancy adding a whole new depth to feelings around my identity and body. And the more research I did into my condition, the more fixated on finding someone “exactly like me” I became. I wanted to meet someone with an exact shared experience—which was a goal I hadn’t initially had. Those four years of shooting saw all sorts of changes in my personal life, and crucially, I became more and more politicized as a disabled person. So the film became richer and more focused in that respect.

Filmmaker: Besides yourself, who on the filmmaking team is disabled? Did you attempt to fill key positions (DP, editor, producer, etc.) with disabled crew?

Glendining: The key thing for me was to find people to work with who understood the feeling of otherness and alienation that I express in the film—which I absolutely did. One of the key crew I worked very closely with was new to identifying as disabled, and we spent a lot of time discussing this, which was amazing. We learned a lot from each other. I know the film wouldn’t have been as powerful without these nuanced discussions and sharing of experiences.

Filmmaker: I also found it interesting that this very personal quest ultimately took you solely to the US. Was this due to COVID restrictions and/or funding limitations? Did you not find folks like you in other countries?

Glendining: This was partly to do with COVID restrictions. Also, because most of the people on the Facebook group I used to track people down were American, that felt like a good place to start. The US trip was really transformational for me. I don’t want to give too much away, but it sort of didn’t feel necessary to do more traveling after that, at least not for this film.

That said, there is an amazing man in India with my condition called Joby Mathews, who I absolutely would have travelled to meet if it weren’t for COVID. He’s a champion arm-wrestler with ambitions to climb Mount Everest, and we had a brilliant video call in the early days. I am hopeful I will meet him some day.

Filmmaker: There’s also a sense of intersectionality within the film—a strong focus on the female characters, your mentioning that just because your partner is male doesn’t mean your queerness has disappeared. (Personally, as a lifelong anti-heteronormative genderqueer who never bought into the notion that my insides had to match my outsides, I found myself really relating to your own anti-ableist plight.) Why was this interconnectedness so important for you to present?

Glendining: Thank you for saying that. In terms of my sexuality, this was important to me to reference because I am sick of bisexual and lesbian erasure. It would also have felt like a lie if I’d presented myself as straight in a personal film when I am queer to my very core, and my queerness has shaped me almost as much as my disability has.

As for women being so central to both the story and the filmmaking team, that’s just because women are the best. Working within a team of predominantly women was amazing. I felt unbelievably supported, safe and understood.

Filmmaker: Have all the participants seen the final film? What feedback have you received? (I’m guessing ableist physician Dr. Paley—who I found a bit Miami-slick creepy—might be less enthused than others.)

Glendining: The only participants who have seen the film are my friend Naomi and my ex-partner Scott. (We have separated since making the film but remain on good terms.) They both loved it. Naomi even called it “life-changing.” I am so relieved they feel they were represented fairly.

Now to show the rest of the participants, including my mum and dad! I am so excited for everyone to see it. My editor Rachel Roberts and I made a real effort to make sure everyone got the chance to speak their truth. This is a film about disabled agency, after all. I haven’t told Dr. Paley about it!

Filmmaker: So what are your post-Sundance hopes for the doc? Do you have an outreach plan in place?

Glendining: Post-Sundance plans are forming, as we only finished the film yesterday! I have great ambitions for the film and want it to be seen as widely as possible. I am especially excited about engaging with audiences, and hope the film’s non-disabled audience will question the way they think about and interact with disabled people; I want people to be less ableist after watching it. And I want it to be a beacon of light for disabled people who are angry and sad.

But this film is not just for disabled people, it is for anyone who’s ever felt “other” in some way; which in my opinion is everyone, even the popular kids. As well as being a condemnation of ableism, this film is a real celebration of humanity in all its diversity.