“We Saw This Actor Completely Detach From the Project” | Felix van Groeningen and Charlotte Vandermeersch, The Eight Mountains 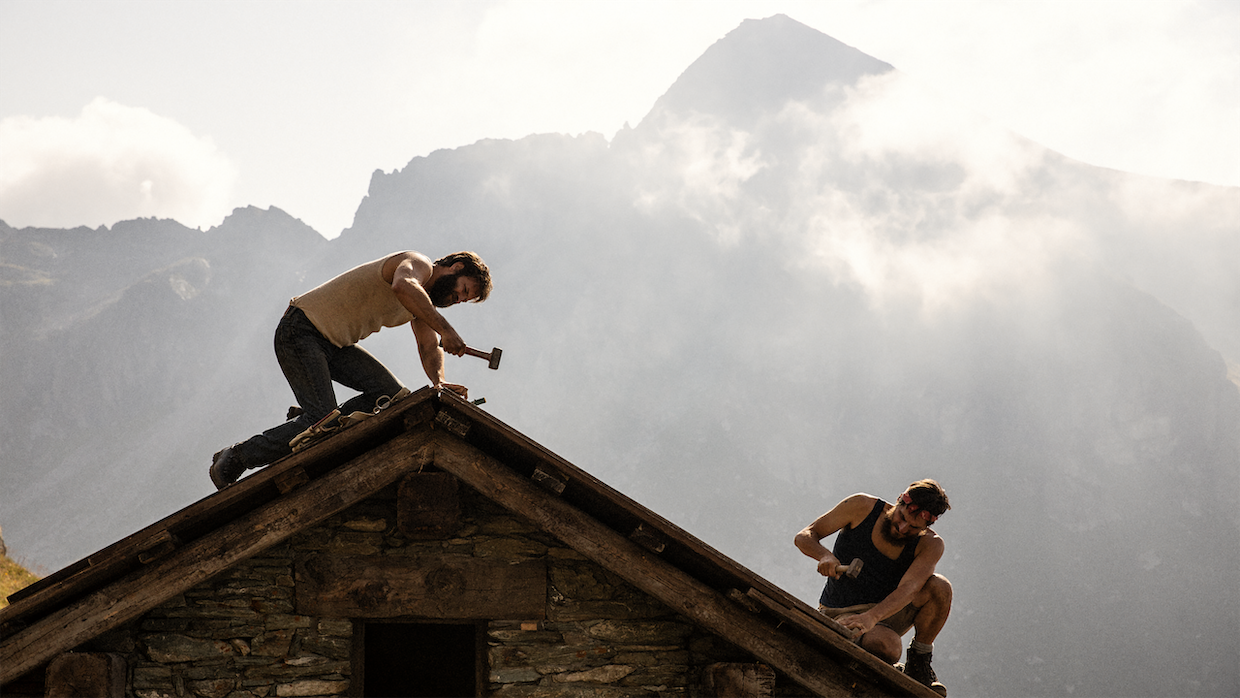 Our film was almost entirely shot in the Italian Alps and we knew this would be demanding. Because of the hard logistics of getting to our locations, the height at which we would be filming and because of the weather. The crew needed to be up for an adventure, and so did the cast. We only realized how true this was when one of our actors (who played the role of the father, so not the main role) arrived for the rehearsal week. He came ill-prepared. He thought he was going to have some fun on set with his fellow actors, not fully realizing what it takes to shoot up in the mountains. We had talked this through with him, but apparently not enough, because during the rehearsals we saw this actor completely detach from the project. He got a panic attack when he arrived high up on the mountain, he tried to convince us to shoot it all in front of a green screen, and he eventually left us, two weeks before shooting. As he was a big name in the industry, our producers tried to keep him on board, but we knew there was no point. We realized then what kind of people our actors needed to be—they would have to be willing to conquer their fears and trust us and the process a hundred percent. We went through a very tough week, as we were in complete limbo. We discussed other big names to find a replacement, but we could only work with them if we were going to push the whole film to the end of the summer, and that was going to go against our film. We defended this with the producers and found an incredible actor who was available, really all-in, and his energy gave an incredible boost to the whole cast and crew. We convinced ourselves as we were going through this ordeal that it would turn out for the better, and it really really did. In the end, the start of the shoot was only postponed for two weeks.