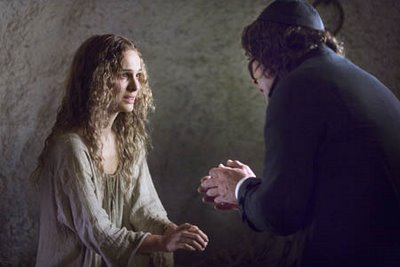 It is something of a tragic irony that after escaping the restrictions of Communist Czechoslovakia in 1968 — where he had made five films in five years — in the subsequent 40 years Milos Forman has worked in America, he has only made a further nine features. Taking Off (1971) was a transition between the looseness of his Czech films, such as the classic Loves of a Blonde (1965) and The Firemen’s Ball (1967), and the more conventional Hollywood style he would later adopt, and was the first of many films in which he captured the essence of America by taking an outsider’s perspective. Forman’s greatest successes, One Flew Over the Cuckoo’s Nest (1975) and Amadeus (1984), both won him Academy Awards for Best Director and Best Picture, but even the supposedly less successful films he made around the same time — Hair (1979), Ragtime (1981) and Valmont (1989) — are rich, wonderful and often extremely underrated films. In the 1990s, Forman turned his attention to American counterculture figures, producing acclaimed biopics of porn baron Larry Flynt (The People vs. Larry Flynt) and alternative comedian Andy Kaufman (Man on the Moon).

Though since 1971 Forman’s films have either been based on previously existing material (novels, a musical, or real-life stories), his new film Goya’s Ghosts came from an original idea he had over 50 years ago while at film school: to tell the story of the Spanish Inquisition and the Napoleonic Wars. Forman solidified his ideas for the project while in Madrid for Amadeus, and then developed the script with long-time friend Jean-Claude Carrière, who previously wrote Taking Off and Valmont with him. A compelling historical tale, Goya’s Ghosts presents personal drama in the form of the political, religious and romantic dealings between iconic painter Francisco Goya (Stellan Skarsgård), pretty young merchant’s daughter Inés (Natalie Portman) and religious zealot Brother Lorenzo (Javier Bardem). It also has deep political resonances with the state of the world — and particularly America — today.

Filmmaker spoke to Forman about Goya’s Ghosts‘ epic journey to the screen, history repeating itself, and the time one of his actors nearly burned down one of Europe’s most historic buildings. 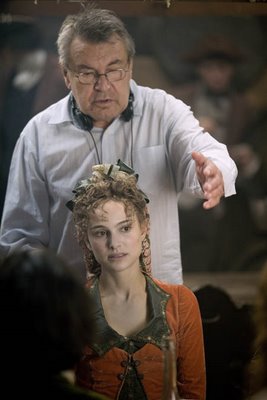 Filmmaker: From what I’ve read, you had the idea for this film over 50 years ago.

Forman: Well, not exactly entirely. I got intrigued by these stories in a book which I read as a student in the early 50s in Czechoslovakia, a book about the European Inquisition. There was a chapter on the Spanish Inquisition about these horrors that happened in these dark ages 200 years ago, and suddenly the same things are happening in Czechoslovakia right around me. People are being arrested and nobody knew why, people got accused of crimes they never committed, people were confessing to these crimes which they never committed after being tortured, people were executed. So for a young idealistic guy still at school, it was like, “What’s going on in the world? We are learning how history is teaching us lessons after every war but we never learn the lesson, and then it’s happening right here, again!”

Filmmaker: How much did the film develop and change in your head over the years?

Forman: Over the years, you don’t work on it really. This was something from the back of my head, a subject that I wanted to deal with one day, and it was revived in the 80s. For the first time I went to the Prado Museum in Madrid and saw Goya’s paintings. I saw the memories of that book I had read 30 years before being illustrated by this Goya. You see everything there, you see the Inquisition tribunals, the torture chambers, the mental institutions, the dungeons. You see it all depicted by Goya. And so I was suddenly trying to put these two elements together, it seemed to me like an exciting thing to try.

Filmmaker: I believe you always meant for there to be present day political parallels in the film. Originally it was with Communist Eastern Europe, but there seem to be equally pertinent parallels to the US involvement in Iraq today.

Forman: That’s the thing which is totally incomprehensible to me is that history repeats itself. But I must tell you one thing: the screenplay of the film was finished months before the events in Iraq. Even the line “You will be welcomed with flowers as liberators” was already in the script because this line was said by Napoleon to his generals before raiding and liberating Spain. I’m not being facetious, he really liberated Spain: he deposed royals, he banished immediately the Inquisition, he freed all the prisoners. He really tried to plant the seeds of democracy in Spanish soil! But he didn’t realize one important thing, that if you plant the right seed in the wrong soil, nothing comes of it. So it was not me doing the parallels, it was history.

Filmmaker: All your films since Hair have been period pieces. Why are you so attracted to making them?

Forman: Well, I’ll tell you. [There are] several reasons, probably the main is that when I was in Czechoslovakia, all my films were contemporary, because I speak Czech, I read Czech, nobody can fool me, I understand every word in the pub. For me to speak English, it’s still work. I don’t feel at home, I don’t speak with the same ease I breathe. And in that moment, I am sort of feeling shy to tackle very contemporary subjects and for me it’s more comfortable to do the subjects which are a little distant in time so that my English can be adequate to what I’m doing.

Filmmaker: You’ve spent over half your life in America, so do you still see things as an outsider? It’s a perspective all your films seem to take to a certain degree.

Forman: I’m not only an outsider here, I’m an outsider everywhere. Even when I was living in Czechoslovakia, I wouldn’t be a member of any political party because I want to be as objective as I can. The moment you attach yourself in a political or nationalistic way, you subconsciously are losing objectivity. You are asked for loyalty, and I don’t want that. I didn’t want that there, and I don’t want it here. I want to stay outside and watch what’s happening around me, and then get involved in what I do.

Filmmaker: Tell me about your feelings on the importance of location shooting?

Forman: That’s very important, because authenticity of everything — of the people, of the architecture, of the nature — it’s very important for the credibility of the whole film. It’s like if somebody lies to you once, he’s always a suspected liar. If you do something fake, then people suspect that everything you do is fake.

Filmmaker: How do you feel about the films you have made? Are the ones that win Oscars your favorites? Do you see them as “better” as a result?

Forman: Well, you know, it’s like with children: a child that is injured or hurt somehow, you give him a little more affection.

Filmmaker: Which films do you feel like that about?

Filmmaker: You have only made 9 films in your 40 years in Hollywood. Were there many projects that fell through, or has each one just been a slow process?

Forman: When I was in Czechoslovakia, in one year I made two films! [laughs] But everybody works in a different way, at a different pace. I envy people who while finishing one film can prepare another one. I can’t do that. I’m not saying it’s better or worse, it’s just like that. This last gap, [which is] like seven years between Man on the Moon and Goya’s Ghosts, I had three projects which I spent at least a year or a year and a half developing the script, preparing the film — and they collapsed. One collapsed seven days before the shooting was supposed to start, one collapsed four, five weeks before the shooting was supposed to start, and the other collapsed after I started casting.

Filmmaker: How do you feel when films collapse like that?

Forman: On one hand, you are very frustrated; on the other hand, suddenly you are relieved of all these anxieties and tensions which I feel before starting any movie. You start to doubt: is the screenplay really right, is the cast right, did I choose the right locations? That gives you a great anxiety, so at the same time as you are frustrated that the film collapsed, you are relieved of all this tension.

Filmmaker: Do you remember the moment you realized you wanted to make films?

Forman: I developed my passion for film at university, at film school. I wanted originally to enter the drama school and be a stage director. I was not accepted, but thank God I applied for the screenwriting department at film school, and I was accepted. And I tell you, spending four years seeing tons of movies, and having chats every night till five in the morning talking to my fellow students in the pubs, you just develop a passion for movies.

Filmmaker: What’s the dream project you’ve been wanting to make for years, but think is probably impossible?

Forman: I don’t have this kind of a dream project — if I had it, I would go like a greyhound after it and make it. No, no, I’m just waiting for the next subject that I will fall in love with.

Filmmaker: What’s more important to you: that a film is successful, or that you are happy with the finished product?

Filmmaker: Finally, what’s the strangest experience you’ve had as a filmmaker?

Forman: We were shooting Amadeus in one of a couple of the remaining 18th Century theaters in Europe. We had chandeliers and thousands and thousands of candles burning, so we had 30 or 40 firemen all over the stage and in the theater. When you rehearse, you don’t light the candles, you don’t want to waste them. So we rehearsed everything carefully: we had 600 hundred extras in the audience in period costume, and dancers and singers and an orchestra. Everything was fine, so we light the candles and start the camera, and have the camera rolling. It was a playback on a piece of Don Giovanni from the end of the opera, and the music started and the singer was in the ecstasy of performing – and nobody noticed that he had made a wrong step. He had a hat with huge feathers, and they caught fire. Now everybody — hundreds of people — sees, but he didn’t know it because he was in the ecstasy, and it was behind his back. Nobody moves — everybody is watching it! It took a long time — five, six seconds and lasted an eternity — until finally one young fireman stuck his head out of the wings and said, “Mr. Forman, could you please stop the camera? Your actor is on fire.” And that shows you the magic of filmmaking: the camera is rolling, so nobody must disturb that — even if the whole theater burns down! That was really strange, but beautiful in a way.