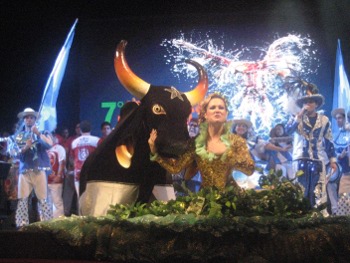 The Amazonas Film Festival wrapped its 7th edition Thursday night with an unbelievable showcase of one of the state’s most proud traditions.

After handing out the jury awards (listed below), the stage in the Teatro Amazonas became the site for an astounding carnival known as the Parintins Folk Festival, which brought roars of applause from the locals and wide-eyed curiosity to those attendees visiting abroad and are used to the usual stale closing night film fest pleasantries. 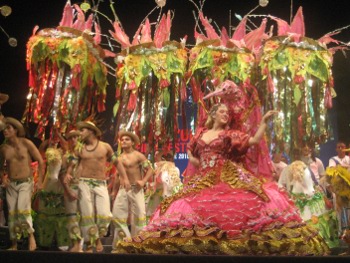 The Parintins Fest is one of the largest folklore festivals in the world, and on this evening the Amazonas Fest gave a small sampling of the three-day festival that splits the state between those rooting for a blue ox, Capricious Ox, and a red one, Bio Guaranteed.

Taking place the last weekend of every June in an outdoor stadium in Parintins, Amazonas, natives of Parintins explore the region’s legends through elaborate stories that include singing, dancing and costume changes, which the participants have crafted over a year’s time (kind of similar to the Mummers Parade in Philadelphia). All citizens of the state take allegiance to one of the colors (since 1966, the Guaranteed has won 27 times and Capricious has won 19, with one tie).

At Teatro Amazonas, both sides of the theater rooted for a color and stayed silent when the other side performed. Characters were introduced throughout, including a Shaman and a young farm girl who falls in love with one ox. 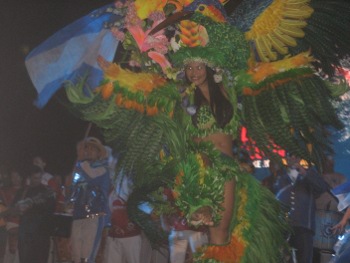 During the actual Parintins Fest judges decide who is the winning side, but this evening is basically a scrimmage with the festivities ending with both sides pouring out of the theater into a outdoor stage as fireworks go off above Teatro Amazonas.


With over 300 films shown during the seven-day festival, including sidebar categories that played specifically at communities inside the rainforest, bus stops and prisons (indieWIRE’s Eric Kohn delves deeper into the dangers of including the prison system in the fest’s programming), the Amazonas Fest’s scope is as vast as the Brazilian film community.

The short films were the most impressive in the programming, including Augusto Canani‘s clever and funny The Bizarre Friends of Ricardinho (which also played at New Directors/New Films earlier this year) and Amazonas native Junior Rodrigues‘s experimental UaYNA-Tears of Poison, which won the Short Film Audience Award. 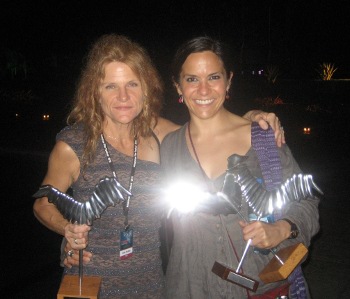 Though the American indies at the fest — Winter’s Bone, Waste Land, The Oath — were well received, including Winter’s Bone taking home Best Feature, Brazilians love their soap operas, so the more sensational or over the top the storyline, the more likely the audience stays around. Audience Award winner Havanna Eva had all of this. Fina Torres‘s comedy about a young Cuban girl’s journey to find excitement out of a boring job and lazy husband would probably come off a little cheesy to American audiences, it has been a hit on the Latin American fest circuit this year and here it was no different.

The jury awarded Mexican director Maria Novaro‘s The Good Herbs both Best Actress to lead Ursula Pruneda (who also won Best Actress at the Rome Film Festival) and Best Screenplay. In the film, Pruneda gives a powerful performance as a woman who cares for her mother as she deals with Alhzeimer. Novaro’s intimate visual style only hightens the story and Pruneda’s acting.

In only seven years the Amazonas Film Festival has grown to rival the state’s more popular Opera Festival, but what may be more impressive is how its building a strong reputation throughout Latin America. With an obvious appeal to draw in filmmakers and industry, it will be interesting to observe how the festival will define itself in the years to come.

To Be Or Not To Be (Brazil)