If you’re in New York, come out tonight for an evening with Pete Sillen at the IFC Center. Filmmaker is hosting a screening of Pete’s short-form work, and I’m moderating the Q & A. The evening begins at 7:00, and here’s the description: 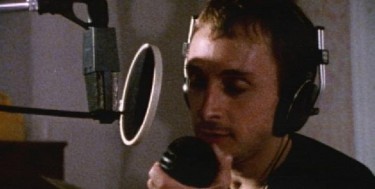 Tonight at 7:00pm! We’re proud to welcome critically acclaimed director Peter Sillen Tuesday December 14 discussing his works with Filmmaker Magazine Editor-In-Chief Scott Macaulay. Sillen will present screenings of a number of his short films, including Speed Racer: Welcome to the World of Vic Chesnutt, Grand Luncheonette, Branson: Musicland U.S.A., and a short working cut of his upcoming feature length documentary on the Masonic Order in America, Free and Accepted. Sillen’s new feature-length documentary I AM SECRETLY AN IMPORTANT MAN opens on Wednesday, December 15.

Peter Sillen is a New York based documentary filmmaker. Best known for his low-tech approach and sensitivity to his subjects and their environment, Sillen’s previous works include Benjamin Smoke (2000). Sillen received grants from the Jerome Foundation and Creative Capital for his work on I AM SECRETLY AN IMPORTANT MAN and has screened his films at a wide array of festivals and venues including the Sundance Film Festival, Berlin Film Festival, South By Southwest, Slamdance, the Museum of Modern Art, Brooklyn Academy of Music and San Francisco’s Castro Theater.

I’ve long been a fan of Sillen’s and I’m happy to be talking with him tonight. Hope to see you there.