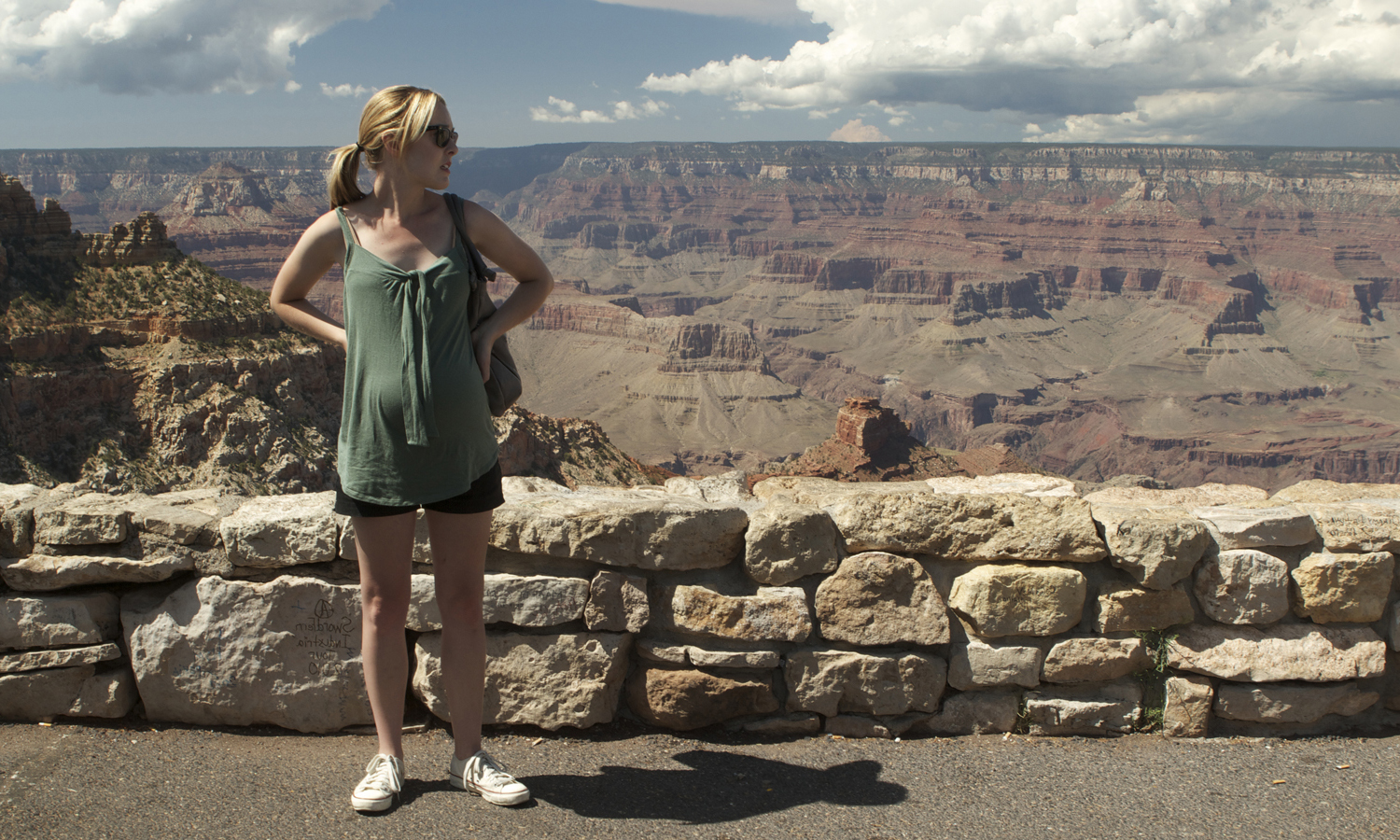 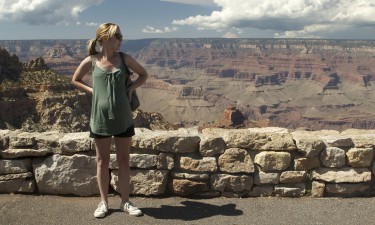 In Small, Beautifully Moving Parts, after tech-geek obsessive Sarah (Anna Margaret Hollyman) gets pregnant, she sets off for the West Coast for a baby shower that goes all wrong. Thrown into a tailspin, she rents a van and hits the road in search for the source of her innate anxiety, her eccentric and estranged mother, who lives off the grid in the American West.

Filmmaker: How did you first conceive of your project?

Howell: In 2006, we began making an original Web series called Sparks –- about a woman who explores her (and others’) relationship with technology. We were interested in the ways in which people had come to treat machines with potent human emotions –- affection, disgust, love and outright rage. So we wrote a protagonist who is a “freelance technologist,” someone who truly adores machinery — who looks out for it and protects it in a world of impulsivity and disposability. After successfully completing six episodes and licensing them to the Sundance Channel, we wanted to continue to explore the characters we had created in a more complex way. Inspired by the series, Small, Beautifully Moving Parts is a project that digs deeper into what it means to be “connected.” We ultimately found a different tone in the feature, and were able to create more complicated situations, as Sarah, facing parenthood, is trying to track down her own long-estranged parent (her mom), who is now living off the grid. What was fun was stretching characters and ideas that we already knew well into something else –- recognizable, but different. Also, it gave us a certain freedom to work quickly and efficiently, as these characters had been a part of our lives for some time.

Filmmaker: Who was most instrumental in getting the film financed and produced?

Robinson: We actually wish we could simply name one or two people here, but in truth, we have to thank the dozens of people who gave to our film through Kickstarter and the small army of producers (including ourselves) who gave the time that they had to the project. It was a group effort. We certainly would have been lost without the guidance of Executive Producer Yael Melamede and her company, Salty Features, who introduced us to the formidable Jennifer Dougherty. Jen became our Producer and brought a sense of organization we could only dream of. We had a number of small savior investors come through as we were heading toward the finish line, and Annie’s employer, Ohio University, also participated in a significant way.

Robinson: One of our challenges was that we were not all in the same city! Jennifer Lee, our amazing editor, did a wonderful first pass that is very close to the final film, and she did that alone, as we were returning to busy lives teaching, writing jobs, and parenting small children. When we convened for the edit, Jenny would iChat Annie in from Ohio using Final Cut’s chat interface. I was sometimes present, sometimes not –- Annie was sometimes present, sometimes not — our schedules were crazed. Jenny Lee, however, was working diligently from Lisa’s apartment. We were proud of ourselves in that we actually had a great deal of coverage to choose from, given a somewhat short production period (21 days) and a very talented DP in Charles Swanson. What was challenging was shaping performances given so many choices –- our lead Anna Margaret Hollyman and supporting actors gave us a great range –- when we could not have one sustained conversation in the same room. It was an exercise in communication diligence, and forced all of us to be generous in our listening. We were often communicating another’s views to the other member of the threesome when that person was not available. So it forced us to be somewhat baseline empathetic –- and we think inspired a very different process than a singular relationship with an editor on a feature (this is our first). We learned a lot.

Howell: Lisa was at the Angelika watching Blue Valentine (and in a VERY intense scene). I was at home in Ohio sitting in front of my computer. When Janet Pierson didn’t reach Lisa by phone, she emailed me. I madly dialed Lisa forty times, to no avail, and then started calling Lisa’s husband. When she glanced down at all the messages, Lisa thought her apartment was on fire or something equally terrible had happened and so climbed over grumbling film patrons to find out what was going on … and then saw that Austin had called! It was a great moment of celebration as we had always secretly dreamed of SXSW for our premiere. We can’t imagine a more exciting opportunity.

Robinson: We live and breathe DIY at this point! We enter the festival hoping our movie connects with audiences … and a distributor. If we end up doing distribution ourselves, it will simply feel like a continuation of the methodology we’ve been employing all along! Our project was born from the desire to continue directing after the web series gave us a taste of working regularly with actors, story, image. We had both been developing projects in the indie film world for years, working and waiting. Last spring, we decided to forgo waiting and make something that was exciting right now. The film was written to capitalize on resources (family members’ homes!) and designed as a road movie that not only fit into exactly into one van, but also utilized that van as the picture car. In terms of promotion, we’re making tote bags. We’ll save one for Filmmaker!

Howell: We are cooking up a “sidewalk movie” (as opposed to a “road movie”) featuring a female protagonist in NYC — a homage to walking in New York, filmmaking, technology, the wilds of the imagination and Agnes Varda.