SOUND AND FURY: BELA TARR’S “THE TURIN HORSE” PLUS MORE AT THE CANNES FILM FESTIVAL 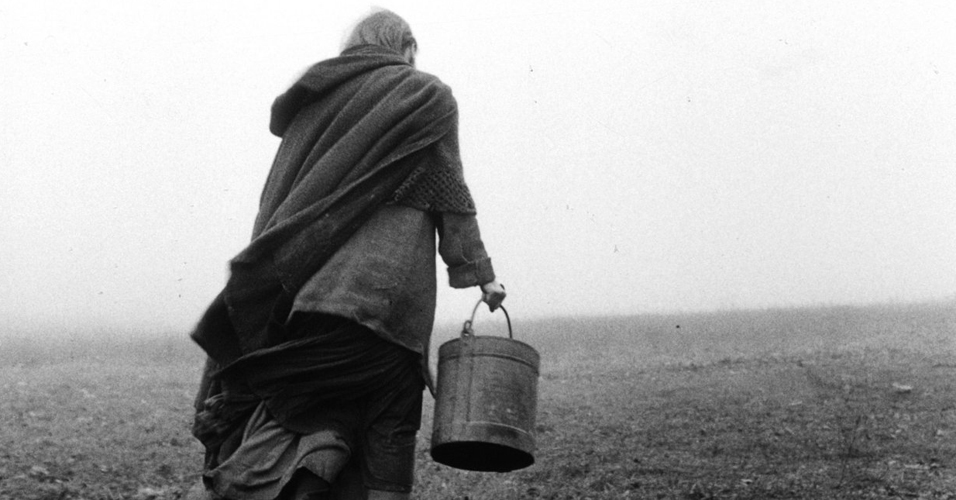 Sound design can be a filmmaker’s secret weapon. Psycho (1960) and Dirty Dancing (1987) aside, moviegoers are often hard pressed to remember the popular songs played in a film, let alone what a film itself sounded like. Yet in these layered, dense aural textures, every footstep and cigarette burn is meticulously tuned. Though it may never climb to the level of conscious analysis, this can have a deep psychological and emotional effect–particularly if the audience is treated to the top tier acoustics and audio systems of the theaters at the Cannes Film Festival.

The sound work and soundtrack in director Lynne Ramsay‘s Morvern Callar (2002) helped the film amass a cult following in the years following its release. They come together in one of that film’s most revelatory sequences: The Mamas and the Papas‘s “Dedicated To the One I Love” subtly shifts from sounding expansive and loud to take on the tinny quality of a character’s walkman headphones. It’s a tiny and brilliant decision. It literalizes Morvern’s insularity, brings the film’s story full circle, and also shows, long before the birth of Apple’s iPod, an uncanny prescience about the direction that music listening and culture consumption were to take.

It’s no surprise, then, that sound is similarly crucial to the Scottish director’s new film, We Need to Talk About Kevin (2011). This time, the score is by Radiohead‘s Jonny Greenwood, the British musician and composer known to cinephiles for his innovative work on films including Paul Thomas Anderson‘s There Will Be Blood (2008). (Greenwood was an Oscar frontrunner for that score until it was disqualified for including too much pre-existing music.) In Kevin, listen again for sound design that shifts in and out of focus, even as the songs cherry-picked for the soundtrack–which ranges from “Tephra” by the British sound artist Helena Gough, to “Ham N Eggs” by skiffle musician Lonnie Donegan, to traditional Chinese pipa songs like “The Ambush” by Liu Fang–showcase a wide-ranging  musical and saavy sensibility.

Movie sound takes a front seat in The Artist by Michel Hazanavicius, a cheeky faux-silent love story set during the advent of the sound era in Hollywood. The Artist borrows liberally from other films, from Vertigo (1958) (lifting the central and unforgettable musical theme) to Singin’ in the Rain (lifting so much that it borders on audacious, if not legally dubious). Midway into the film, however, movie star George Valentin (played by Jean Dujardin) sets a cup down on a table and, for the first time in this “silent” film, his movement is accompanied by synchronous sound. This is as startling to the audience as it is to George, both of whom suddenly “hear” the noise of a phone ringing, a dog barking, and George’s footsteps for the first time.

Meanwhile, in Béla Tarr‘s The Turin Horse, sound takes on yet another role: a howling wind, heard from the film’s stunning opening shot, is so powerful that it become a character all its own. This wind is relentless, cruel, and omniscient. It makes the audience feel as bitterly cold as the film’s flesh-and-blood figures: a father, daughter, and a horse living on a dreary bluff in abject, grinding poverty. Historically, the horse is the most important of the three, Tarr tells us himself in an introductory voice-over, conveying more traditional storytelling in a few words than in the rest of his spare film. Upon witnessing the whipping of a horse, the philosopher Friedrich Nietzsche fell upon its mane in tears; pronounced the words “Mutter ich bin dumm”/”Mother, I am stupid”; and went mad. Tarr invites us to imagine that we are watching that horse, a straining, thick-boned creature owned by a father and daughter for whom survival until tomorrow is today’s sole and awful objective. Their daily rituals are as well worn as the deep furrows on the gaunt, captivating face of the man, Ohlsdorfer (János Derzsi). Each day he comes home and changes his filthy, rough-hewn overclothes with the assistance of his daughter (Erika Bók). She boils them two potatoes, that they eat with their hands like animals. There is a bone-dry black humor to the film when these gestures seem like parody of cinematic miserablism, while at other moments, they convey Nietzchian nihilism more than words ever could.

The Hungarian director’s previous film, The Man from London (2007), was a revelation of genre and gorgeous, circular storytelling. While it’s easier to admire The Turin Horse than to adore it, the spell cast by this film, which the director has said will be his last, is undeniable.  This is, in no small part, thanks to the film’s sound: the wind moans around the Ohlsdorfers’ house while the characters are indoors, then lifts to a shriek the moment their front door is breached. Its shifting tones are accompanied by a brief dirge that repeats so frequently that it becomes straining, stringed atmosphere, as dreary and repetitive as the characters’s lives. The wind’s howl makes the characters feel that much more alone, that much more threatened, that much closer to being dominated by the elements. The only thing worse than the sound of the wind is what happens when it stops.