The Cannes Awards Ceremony has just begun, hosted by Melanie Laurent. I’ll be refreshing this page as the awards unfold.

The Camera d’Or, given to best first film, goes to Argentinia’sLas Acacias, by Pablo Giorgelli. 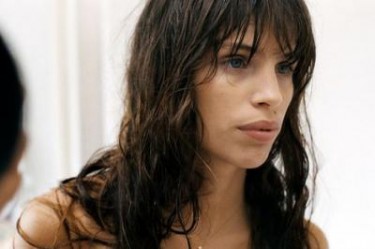 To the strains of Morricone’s score for Once Upon a Time in America, jury president Robert De Niro joins Laurent on stage to introduce his fellow jury members: Olivier Assayas, Uma Thurman, Johnnie To, Martina Gusman, Nansun Shi, Linn Ullman, and Mahamat Saleh Haroun. And they announce the Jury Prize, to Maiwenn’s Polisse (pictured), an ensemble drama set within the Child Protection Services division of a metropolitan police department. The title comes from a child’s misspelling of the word “police.” She invites her whole cast on stage in order to share in the photo op for her film.

Rosario Dawson awards the Screenplay Prize to Joseph Cedar for the Israeli drama/comedy, Footnote. Cedar had returned to Tel Aviv during the festival and, it is announced, is currently on his way back. In a note, he thanked his distributor Sony Classics, his French distributor, Haut et Court, and saluted late Kino topper Don Krim.

Best Actress goes to Kirsten Dunst for Lars von Trier’s Melancholia. “What a week it’s been!” she says. She thanks “Lars for giving me the opportunity to be so brave in this part… such a special night for me, and thank you so much.”

French director Nicole Garcia gives the Best Director to Nicolas Winding Refn for Drive. He reads his speech from his iPhone and gives a shout-out to fellow director Gaspar Noe along with thanking Ryan Gosling, calling him his “favorite alter ego.”

Catherine Deneuve gives the Best Actor prize to Jean Dujardin, for his role in the silent-film reverie, The Artist — an extremely popular choice given the standing ovation here.

Melanie Laurent is now saluting Iranian director Jafar Panahi, who was unable to attend Cannes for his This is Not a Film. The Grand Prix is a tie: The Dardenne Brothers’ The Kid with a Bike, and Nuri Bilge Ceylan’s Once Upon a Time in Anatolia. 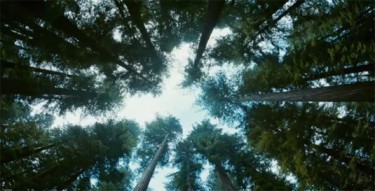 And now, for the final prize, the Palme d’Or is being awarded by Jane Fonda, who speaks in French with an admirable brio… before saying, “Let’s cut to the chase.” Of course, it goes to Terrence Malick’s The Tree of Life (pictured). And, no Terrence Malick… the prize is being accepted by producers Dede Gardner and Bill Pohlad, who says “Terry remains shy and low-profile and humble… The Tree of Life was a long road, and a year ago it seemed even longer.”

Clocking in at well under an hour, the Cannes Award ceremony is over. Stay tuned to the blog for more coverage from me, Livia Bloom, and in the Summer print magazine from Howard Feinstein.