IFP Narrative Lab Recap: Everything You Ever Wanted To Know About Releasing Your Film But Were Afraid To Ask 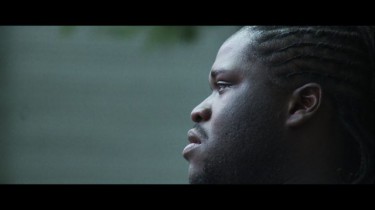 The emotional highs and lows endured over 45 hours of last week’s IFP Narrative Lab are only paralleled by the peaks and valleys of middle-school dodgeball. As I trust any filmmaker who’s been lucky enough to gain the mentorship will say, the IFP Labs are highly intense, immersive, illuminating, engaging, challenging, rewarding, and exhausting. I am currently producing Keith Miller’s feature film Welcome To Pine Hill. The project is directed, shot, and edited by heroic friends and peers with varying expertise and infinite passion, but all of us have a lot to learn when it comes to releasing a film we want people other than our parents and their awfully polite colleagues to see. From dissecting post-production to the broad range of marketing and distribution options, we walked out of each eye-opening session with a unique mix of We Totally Got This, We Are So Screwed, We Definitely Want That, We Have To Try That, and — lest we forget — Holy Hell, We Need More Money.

There was an incredible diversity of films in this year’s Lab, and our mentors (Amy Dotson, Rose Vincelli, Scott Macauley, Jon Reiss, Joana Vicente, and Kyle Martin) offered amazingly generous, insightful, and provocative advice for all of them. Ranging from family crime drama, romantic comedy, indie musical, and twisted satire to midnight camp, art-house meditation, historical fiction, sci-fi thriller, and more the question came up over and over: How do we talk about theme, genre, and tone? What are our films, and who will care about them?

The big-picture refrain seemed to be: Know your film. Know your audience. Know how and where you want people to learn about and see your film. Know you are going to spend as much if not significantly more money releasing your film as you did making it. And, as you cannot just throw your film up against the wall and hope it sticks to something — be that a genre, an audience, or a distributor — know that these are all carefully considered and active choices you make, not just things that hopefully happen.

We had an awesome one-on-one edit session with producer/editor Alan Oxman who basically said, “I like this film, and I like what you’ve done, but you know that elephant in the room of your film? What if you just straight up remove the elephant instead of Dumbo Dropping it in the first act? And sure, your film is poignant and meditative, but you know the sound in that final scene? Go big or go home.” (Note: illustrative paraphrasing my own; sentiment of hugely helpful notes, Mr. Oxman’s.)

Unsurprising yet crucial, a lot of stress was placed on getting things done early. Finalize your score before the mix, be totally finished with your film before you share it, hire a publicist and sales agent before a festival, negotiate deliverables before you sign a distribution deal, get a lawyer before, well, everything really. Since marketing, publicity, and distribution costs a huge chuck of change, how much have you already considered and built into your production budget?

When it comes to hiring people specifically for your release, you can under or overvalue passion for your project and experience with similar ones. As proved by the wonderfully talented and engaging composer David Torn, web designer Caspar Newbolt, sales agent Rona Wallace, and attorney Jonathan Grey (to name a few of the experts who schooled us), people you hire need to be amazing at and passionate about what they do, but they don’t necessarily need to have worked on a film that looks and feels like yours. They don’t need to love yours, they just need to love and be good at the work they do and working with you (and vice versa).

With distribution, it’s clear that there are a wide variety of options for what it means to release a film today. As one former Lab attendee said, “distributors always make you feel like they’re doing you a favor, but unless they’re paying you a huge advance…” When delivering a finished film can cost you $100k, it’s at once radical, practical, and exciting to wrap your mind around thoughts of self-distribution or split rights with a solely digital distribution deal. Whatever model you choose, always cap what people can spend on marketing and promotional expenses, otherwise those are funds coming right out of what you thought you’d be getting back from them.

Other fun facts: Facebook Likes do not equal butts in seats. Hiring a publicist is one of the few times where you actually get what you pay for. M&E for foreign sound can cost $6-12k (!). Indie filmmakers seem to really like Woodstock Film Festival and IFF Rotterdam. “Side boob” can be used a legal term. We will be updating the crap out of our film’s website in the coming months. IFP has continued to reply to my frantic email queries even though the Lab is over. Ideally they still will after reading this… — Elisabeth Holm