Dawning of the Story Hack

Bodies cover the floor. Inflatable mattresses become refuge for some. Others pound Red Bulls to stay awake as they stare into laptop screens. A group has gathered to watch two men throw bright green sticky balls at an empty wall. The balls adhere for a moment and then fall. Snickering fills the air.

Welcome to Disrupt. More than 500 hackers have descended upon Pier 92 in midtown Manhattan for TechCrunch’s Disrupt Hackathon. Within a 24-hour period, teams will go from concept to prototype to presenting on stage in front of an audience. The motto of Disrupt is “create, destroy and repeat.”

Many startups use hackathons as springboards, and in the past few years these gatherings have become hotbeds for both networking and talent. And since hacking is firmly rooted in DIY culture, hackathons share a certain kinship with independent filmmaking. For filmmakers, they can lead to interesting collaborations and, even more importantly as I discovered when I attended Disrupt with my own project, hackathons offer a model for something all filmmakers want: an accelerated development process. 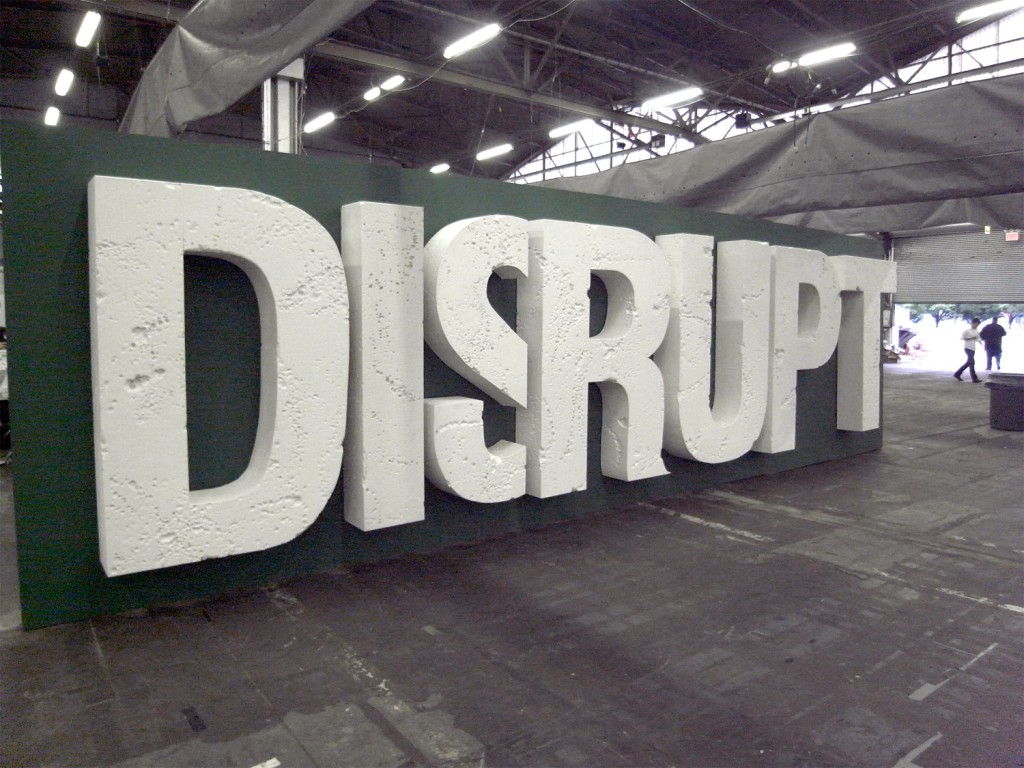 About three weeks prior to Disrupt, I send the team I assembled — Heidi Hysell (creative technologist), Takaaki Okada (designer) and Atley Loughridge (copywriter) — a spec outlining the goals of our project, StoryCloud, and what I hope we can achieve in our race against a 24-hour time limit. We work with an agile method used in software development mixed with some organic story processes that I’ve been refining. The agile method has us prioritizing elements of the build. We rate each part of the project on a scale. The lower the number, the less of an immediate priority; the higher the number, the more critical it is. At the same time I challenge the team with a series of questions around user narratives and overall themes. The development of the project is inspired by changes in authorship, co-creation and storytelling.

In the various hackathons I’ve attended, the hacks tend to be hyper-focused. Sometimes they are pulled together to meet a need, or to demonstrate efficiency and speed, or to extend the features of a common API. Sometimes they are created just for the fun of it. The reasons are as diverse as the personalities behind them. But what is apparent, and this is also true of the film industry, is that there is often redundancy as many attempt to chase funding by copying successful predecessors. In Disrupt’s case, hacks strive to attract the attention of the financial industry as hackathon judges include venture capital firms, angel investors and established entrepreneurs. In many ways it’s not too dissimilar to how filmmakers strive to gain exposure at A-list festivals or pitching forums. Startups can break out as they spring from the stage at a hackathon directly to a successful fundraise. This was the case with SMS solution GroupMe. In 2010 GroupMe was created at Disrupt and subsequently went on to secure more than $10 million in finance.

It is a sunny morning in May. Outside Pier 92 hundreds of hackers sit huddled along a concrete barrier.  A news crew makes their way through the crowd, interviewing teams and determining whom they’ll follow over the next 24 hours. Meanwhile there is chatter about the potential of a double-dip recession and fears of a financial bubble. And it’s hard to go a few minutes without hearing someone mention Groupon as either being brilliant or on the brink of disaster.

Once inside hackers are greeted by a room full of round tables, folding chairs, extension cords and power strips. Between the coding, snacks, caffeine and occasional beer there is a sense of camaraderie. People stop by to see what others are working on, and someone is always willing to field a coding request for help. But as the night progresses the number of hackers dwindles. Some lose interest. Others fall prey to the risk of committing to a strategy that does not yield the expected results and cannot be corrected due to lack of time. As my team races to integrate the backend with the UI (user interface) and finalize various copy and runs through the UX (user experience), an announcement comes over the PA system calling us to the main hall. It is time for the presentations to begin. Over the course of three hours more than 100 teams make 60-second presentations to a panel of experts. The hacks run the gamut from facial recognition to an extraordinary number of speed dating applications.

After sitting through all the presentations at Disrupt it is clear that hackers could benefit greatly from a deeper understanding of storytelling. In fact, as I’ve written before, I strongly believe that the next generation of social networking, social media and mobile applications will be driven by storytelling. Story is quickly moving towards a service-based model. Independent films have little value as standalone products anymore. As transmedia storytelling matures and the experience for players/viewers/audiences/collaborators becomes more fluid, the relationship between stories, social interactions and discovery will become more common.

This can be seen within the mobile app space, where point of purchase is the first step in what many app developers hope can be translated into a series of  “in app” purchases. The terms of Apple’s app store are a clean 70% to the developer. Since most applications consist of digital assets, there are little material costs outside of labor. Not to mention there is value in the data that can be collected during an “opt in” by a user. The standard e-mail lists and postal zip codes that independent filmmakers pride themselves on building are put to shame. Apps can harvest GPS, time of usage, e-mail, phone number, the OS and handset make, all with just a touch. And a new report from Flurry Analytics provides another interesting app insight. Mobile apps are outpacing Web consumption. On average, mobile app users spend 81 minutes a day with apps as opposed to 74 minutes spent on Web consumption. This represents a 91% increase over the last year.

The concept of “story as service” is interesting since it touches on certain mechanics that have become popular within gaming. Story as service involves the use of storytelling to enhance the development of mobile applications. For example, a story layer is added that provides a touch point for the discovery of goods, locations and catalog media like film, books, TV and music. Or story can be used in the same way that companies like Foursquare, with its badge system, are embracing game layers. Story can become a virtual good, and virtual goods and services often not only equate to social currency but also can surpass the initial investment made by a purchaser. Consumer spending in 2010 on virtual goods in the U.S. generated $510 million in revenue. This number is expected to increase to $792 million in 2012, according to analytics firm eMarketer.

It is important to note that seeing story as a service does not diminish the quality of the work. Instead I believe it increases the opportunity to give stories longevity, a chance to be developed in richer ways and in the process strike interesting collaborations that can challenge what a story can be.

Back at Pier 92 the teams that withstood the 24 hours at Disrupt face one final challenge, and in some ways it is the toughest. Within 60 seconds the team needs to demo what was created in front of a live audience. As I step onto the stage and wait my turn, I watch other teams try to condense the work of one day into 60 seconds. Then over the PA system I hear, “StoryCloud, you ready?” And within a minute our project crosses from concept into reality.