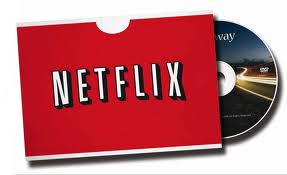 Late last night before going to bed I tweeted that I found (soon-to-be-former) Netflix CEO Reed Hasting’s “explanation and reflections” about his company’s pricing change “odd and confusing.” If you haven’t heard, Netflix is splitting in two. Hastings will remain CEO of a streaming video company that will retain the name Netflix. A new CEO, Andy Rendich, has been appointed head of a DVD rental company — formerly Netflix’s core business. The new DVD company will be called Qwikster.

It sounds like a new on-the-go breakfast product. (Maybe that’s because I keep flashing back to that little Martian with a propeller head who branded by favorite childhood cereal, Quisp.)

I’ll also confess that I read Hasting’s letter several times thinking it was a joke. The fact that the “Qwikster” Twitter account seems to have been reserved by some pothead didn’t help. (“Bored as shyt wanna blaze but at the same time I don’t ugh fck it where’s the bowl at spark me up lls” is a recent tweet.)

This morning the decision makes a little more sense to me… but I guess I also still find it a little odd and confusing. What makes sense: the long-term business strategy. The “genius move on Hasting’s part” argument is best articulated by venture capitalist Mark Suster at his blog, “Both Sides of the Table.” If you’re trying to figure this decision out, Suster is a must read; he offers six compelling arguments, including one titled “Focus”:

By having two separate businesses, each with it’s own CEO and own teams, they can focus on their two very different businesses and develop the right strategies for each. The Qwikster team can’t make any excuses for not hitting their numbers and can’t argue that their resources are being funneled onto streaming projects.

The execs of Qwickster have got to continue to sell the merits of that DVD business – the most notable of assets is the much deeper library that the streaming business.

Equally, the streaming business has got to accelerate content acquisition, focus on customer retention, improve streaming technologies to make it better for users / worse for competitors, and they’ve got to continually improve the UI.

In another point, he cites the “Innovator’s Dilemma,” which often prevents visionary leaders/products from growing their businesses by moving away from their originally successful business models. From Suster:

To win the future [Hastings] needs to attack his core assets by building new ones. Very few companies ever do this. It would be like if Microsoft undermined it’s Office franchise by aggressively pursuing a Google Docs like strategy. Yeah, I know they did, but too little, too late, too lame.

But here’s my rejoinder: Hastings’ core assets aren’t warehouses full of DVDs but his subscriber base. And his brand isn’t “DVDs” or “streaming” but movie-watching. And movie-watching has just gotten a little more confusing (and unappealingly branded) at Netflix… er, Qwikster. I’m one of the few people who let my Netflix subscription roll over into the two-tiered DVD+streaming package, and now I have to log-in to two separate sites to manage my account? Remember to change credit cards twice when they update? For now, apparently, my ratings will be stored on both services, but clearly this won’t be the case forever.

Okay, these changes aren’t the end of the world. I can deal. But for a company that prided itself on simplicity, they are a step backward.

My irritation and confusion is, for Netflix, collateral damage. They don’t care about me, for the moment, but a more nimble structure for their streaming company and the customers they’ll gain in the future. That’s fine. I get it. But don’t couch what is a long-term business decision in the guise of an apology to existing customers that doesn’t even address the pricing change issue that was the source of most customers’ complaints in the first place.