HAMMER TO NAIL REVIEW: “IN THE FAMILY” 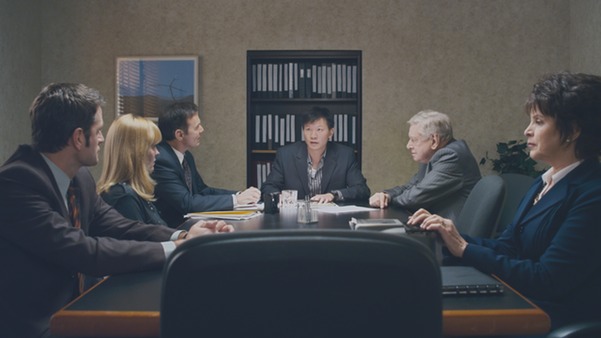 Hammer to Nail, In The Family, Patrick Wang

(In The Family opens at the Quad Cinema on Friday, November 4, 2011, after recently screening at the Hawaii International Film Festival and winning two richly deserved awards at the San Diego Asian Film Festival. Visit the film’s official website to learn more.

*Full disclosure: I am not a film critic. I saw the film at the San Diego Asian Film Festival, where my film Surrogate Valentine was also in competition. I did not, however, have a chance to meet Patrick Wang.)

Every once in a while, a movie comes out of nowhere and hits you like a ton of bricks. First-time director Patrick Wang’s In the Family was like that for me. I sat down to watch the film knowing nothing about it besides the fact that it was an American indie, it was three hours long, and it was being exhibited in 35mm. At the very least, I thought, it has to be a curio.

In the Family is so much more than that. This is a monumentally ambitious film that tackles some of the biggest themes imaginable — identity, family, sexual politics, life itself — but presents itself in such a modest and unassuming way that its emotional wallop feels genuine and earned.

In addition to writing and directing, Patrick Wang also stars as Joey Williams, a contractor in Tennessee who has a happy life with his partner Cody (Trevor St. John) and their son Chip (played by the amazingly natural Sebastian Brodziak). The movie settles into a natural rhythm as it allows the audience to learn about the characters through quiet observation rather than blatant exposition. 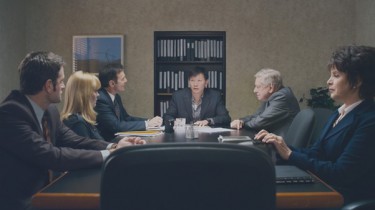 And then, through a series of developments that I’d rather not reveal in detail, Joey finds himself alone. The remainder of the story plays out as an emotional thriller, in which the suspense comes not from the artificial spare parts of thousands of other movies, but from the choices faced by each of the central characters.

Wang takes big risks in his direction and writing, almost as though every decision were made in response to a dare. Many of the scenes featuring the terrific child actor Brodziak are filmed in daringly long takes, when conventional wisdom would say to “shoot lots of coverage of the kid!” The film itself climaxes with a no-frills deposition scene. Just a group of people sitting in a room and talking, yet every shot is filled with suspense and a sense of urgency. The scene lasts an astonishing 32 minutes (a friend in the screening I attended timed it), yet you won’t catch anyone checking his or her watch (unless it’s for the former purpose). I was impressed with Wang’s directorial discipline; he establishes a cinematic language early on, sticks with it to the end, and for the most part his high-wire act pays off.

I realize that this review might make Wang’s film sound like “eat your vegetables” cinema. That is not the case. In the Family is filled with life, humor and a tender understanding of human nature. Yes, it is long, but for the most part it races by, and I don’t think the length of the film will become the main talking point it inspires. Like Shane Carruth’s Primer, another fiercely original American indie that seemed to come out of nowhere, In the Family is miraculous by its very existence and will inspire a lot of conversations along the lines of “who is this guy, and how on earth did he make this movie?” This film is a must-see, an eye-opening debut that deserves to be part of the current film conversation.