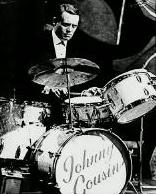 We just put the new Spring issue of Filmmaker to bed, so that’s why there hasn’t been much blogging here. Really, I was going to try to burn the midnight oil and throw some postings up, but then I read the now infamous New York Times “Death by Blogging” article and thought better of it.

So, here are a few things I would have posted about in greater detail if I had the time.

First, as you know from reading this blog, we try to keep up with and promote the work of our annual “25 New Faces” filmmakers. I don’t know if it was because I was too focused on the issue, but I completely missed that 2006 New Face Carter Smith has his first feature in the theaters: the Universal horror film The Ruins. Completely missed it. Now, the film got slagged by a lot of reviewers, but I can’t believe there’s not something good about it. Darius Khondji shot it, and Harry Knowles posted an appreciative review. And having really liked the John Wyndham novel The Day of the Triffids when I was a kid, I know that it is possible for plants to be scary. So, at the least, this will be on my Netflix cue.

A good NYC indie producer, Karin Chien, is the guest this week on Lance Weiler’s This Call is Being Recorded podcast. 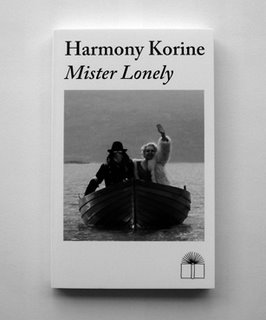 The Swiss publisher Nieves will be releasing a paperback edition of the script for Harmony Korine’s Mister Lonely (which you will read about in the next issue of Filmmaker). (Via Coolhunting.)

For screenwriters looking for real-world horror ideas, Kottke posted a link to this quite brilliant list, “Fear Hierarchy: Fears ranked from childhood through parenthood.”

The FilmInFocus site is opening up its webpages to outside bloggers. Just added are Docurama’s Liz Ogilvie, who has been posting reports from Full Frame, and U.K. producer Keith Griffiths of the company Illuminations. Griffiths’ first post is entitled “Lost London and the Fight Against ‘Dentists,'” and here is a brief excerpt from a longer post on gentrified London which Griffiths has penned from the small town of Deal, which he refers to earlier in the post as “Sin City”:

Before exiling myself to Sin City on-sea, I had my office in this corrupt seedy Soho for many years and have regretted the inevitable swift gentrification of this area, as well as the once bombed and semi-derelict riverside warehouses. The lost magic and menacing riverside East End is well represented in the highly underrated 1962 Basil Dearden film All Night Long, a “hip” reworking of Shakespeare’s Othello. Here the cool, cult actor Patrick McGoohan (pictured above left) stars as jazz drummer Johnny Cousin (Iago), gathering at a private gig in a riverside warehouse owned by a rich patron, Richard Attenborough. The film features rare appearances of jazz legends Dave Brubeck, Johnny Dankworth and Charlie Mingus performing together and tantalising the demi-monde with a memorable score. This warehouse location, where the clink of glasses and a steamy undercurrent of jealous passions bubble, has probably been “refurbished” and is now the home of a somewhat anxious City trader.

Such gentrification is of course not just the privilege of Londoners and I remember filming an interview in 1987 with Ken Jacobs for a documentary we were making called New York Framed, where he spoke eloquently in defense of the hidden corners, and museums of decay in New York City, regretting the results of “when all the dentists move in and make things nice and make things new”. (Incidentally I presented this film at The Donnell Media Center/NY Public Library in 1988 or ’89, when a young and hungry producer called James Schamus was in the audience and grabbed my coat afterwards for a “chat”.) Indeed all “dentists” are a major danger to our film cultures, as they seek to clean our stained teeth and fill in all the interesting cavities. In fact, I think that Putin’s Dentists are alive and well working for the state body responsible for the film industry here, known as the UK Film Council. As an institution, they seem pathologically obsessed into transforming the veritable London Film Festival, with its programme stuffed with small secret corners of unfashionable and minority treasures, into a more gentrified “red carpet” affair. This red carpet threatens to not only suffocate the lost Soho of London and Night and the City but also bury along with it any “uncomfortable pleasures” that might dare to breed in the cracks of the pavements.